"Our Universe" and My Father’s World: When Nature Documentaries Want to Thank Someone - Breakpoint
Give today to learn what it means to be a thoughtful Christian!
Skip to content 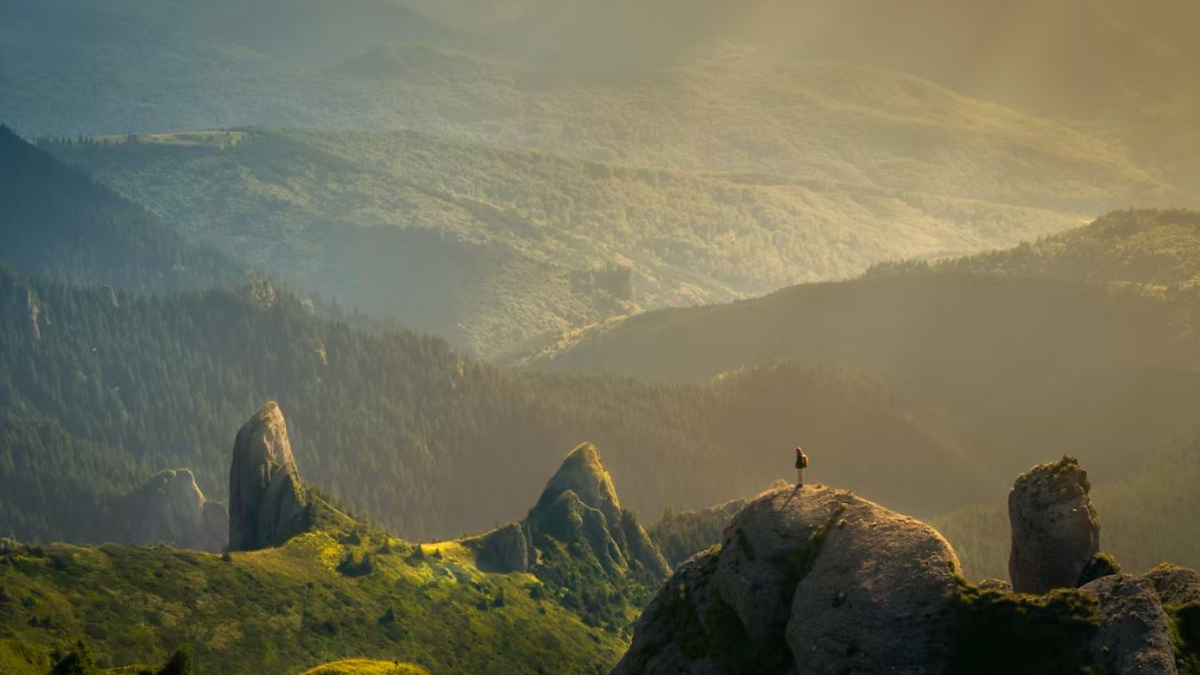 
“Our Universe” and My Father’s World: When Nature Documentaries Want to Thank Someone

May we have the listening ears and the thankful hearts to acknowledge the Creator to which documentaries like Our Universe point, whether they admit it or not.

The BBC’s documentary series Planet Earth and Planet Earth II featured incredible footage, brilliant storytelling, and David Attenborough’s stunning narration. It also featured a stark contrast between the materialist worldview assumed throughout, and the wonder, awe, even attitude of worship inspired by the living things they captured on camera. Throughout the series, the writers assumed that all of what they showed was “nothing but” an accident. At the same time, the sense that nature is wondrous, enchanted, even intelligently designed creeps into every line, every shot, and even into the musical score.

In a new nature documentary produced for Netflix in partnership with the BBC, this contrast is even more obvious. Our Universe, narrated by Morgan Freeman, has an intriguing and daring premise. The story of physics and cosmology—how the universe came to be and how it works—can be told in terms of biology—or, the lives of creatures who depend on that universe.

To do this, the producers combined eye-popping CGI of nebulae-igniting stars, elements being forged in the heart of the sun, and molten protoplanets colliding to form our solar system with footage of cheetahs, chimpanzees, bears, sea turtles, elephants, and penguins. The point is to tell the story, from a secular-scientific perspective, of how the origins and constants of our universe make life possible and feed and preserve every living creature.

The series explains how energy, time, the seasons, the periodic table, the water cycle, and gravity itself are all crucial to living things. It shows the deep connections between a vast and apparently sterile cosmos and the beautiful, blue, life-abundant dot humans call home. And, it does this all with that same unmistakable sense of awe, reverence, and even thankfulness as Planet Earth, all while assuming there is no One to thank.

All of the wonders are explained in terms of the Big Bang, billions of years of undirected stellar and biological evolution, and a series of unbelievably lucky accidents that led to Earth and its treasury of life. The worldview disconnect is stunning and leads the writers to present guesswork as settled fact, often about events so long ago they left no meaningful physical evidence. The writers take for granted that the universe even had a beginning, while neglecting to mention that science only accepted this inconvenient fact in the last century. It also brushes aside the origin of the first life by saying water “gave rise” to it. It’s nowhere near that simple, as many experts have pointed out.

Still, it feels as if the CGI universe in this documentary is conspiring to produce our world, with random event after random event getting things precisely right by chance. Our Universe makes no bones about the fact that ours is a privileged planet, and there is nowhere else in the known universe that’s remotely hospitable to life. Earth’s existence is downright miraculous. Morgan Freeman even uses that word.

Our universe, even as Our Universe portrays it, compels worship, leaving us with the sense that we need to, as singer-songwriter Andrew Peterson put it, “thank someone.” Yet, in this series, created glory is acknowledged and celebrated with gorgeous animation, wildlife cinematography, and musical score, all without giving glory to the Creator behind it.

In Psalm 19, David proclaimed, “The heavens declare the glory of God, and the sky above proclaims his handiwork. Day to day pours out speech, and night to night reveals knowledge.” Books like The Privileged Planet by Guillermo Gonzalez and Jay Richards, and Stephen Meyers’ The Return of the God Hypothesis explain precisely why physical evidence is best explained by a Divine Designer, and why materialist attempts to make sense of our miraculous existence fall so flat.

Our Universe ends with a cover of “What a Wonderful World” in a moving montage of the cosmic and creaturely wonders portrayed in each episode. As much as I love Louis Armstrong, a more appropriate end would’ve included Maltbie Babcock’s hymn, “This Is My Father’s World”:

May we have the listening ears and the thankful hearts to acknowledge the Creator to which documentaries like this point, whether they admit it or not.

Today’s Breakpoint was co-authored by Shane Morris. For more resources to live like a Christian in this cultural moment, go to colsoncenter.org.