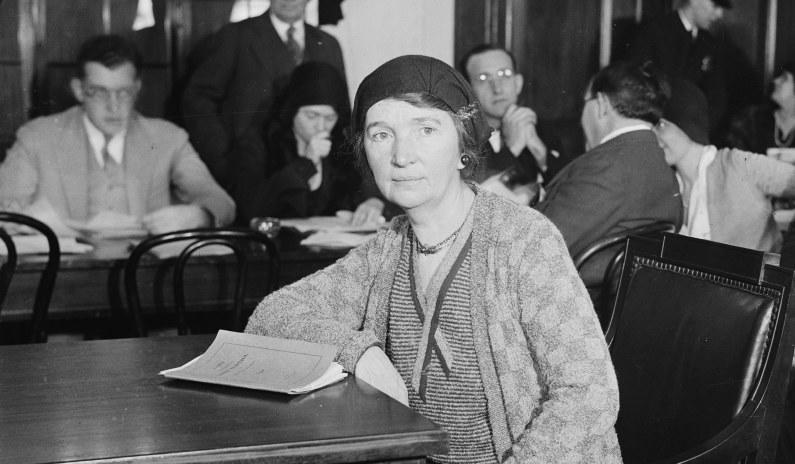 For years, abortion rights activists have attempted to downplay or even deny that Margaret Sanger was motivated by racism. Planned Parenthood, the organization Sanger founded, widely celebrated her, as if her troubling words and actions could be somehow separated from the causes she championed. To be clear, Sanger considered abortion to be barbaric, but the organization that carries on her vision has embraced it as their primary strategy and largest source of revenue.

In the wake of the “racial reckoning” of the past year, denying what the historical record plainly reveals about Sanger is no longer tenable. After all, many others, including those with a far less damning paper trail, have been denounced as racists. Sanger’s re-evaluation was long past due.

In a recent New York Times’ op-ed, Planned Parenthood president and CEO Alexis McGill Johnson acknowledged Sanger’s sordid history of racism, white supremacy, and eugenics. She confessed that “Sanger spoke to the women’s auxiliary of the Ku Klux Klan at a rally in New Jersey to generate support for birth control.” She admitted that Sanger supported the Supreme Court’s decision in Buck v. Bell, which upheld mandatory sterilization for those deemed “unfit” and which infamously proclaimed that “three generations of imbeciles is enough.”

She told her readers about something a colleague of mine knows as family lore: “The first human trials of the birth control pill — a project that was Sanger’s passion later in her life — were conducted with her backing in Puerto Rico, where as many as 1,500 women were not told that the drug was experimental or that they might experience dangerous side effects.”

It’s past time, Johnson wrote, to “take responsibility for the harm that Sanger caused to generations of people with disabilities and Black, Latino, Asian-American, and Indigenous people.” However, wouldn’t “taking responsibility” necessarily include evaluating whether Sanger’s racist disdain for people of color and the marginalized lives on in Planned Parenthood’s work?

It does. In fact, Planned Parenthood is the most obvious example there is of systemic racism, a concept many people reject out of hand but shouldn’t.  Certainly, the idea of “systemic” or “institutional racism” is controversial. Too often, the accusation is a convenient blanket condemnation for anything a pundit or politician doesn’t like, a way to demand policy changes, or to subvert debate.

Theologically speaking, it shouldn’t be controversial to suggest that sin can take systemic or structural forms. That much is obvious throughout the Scripture and human history. Systems and structures often operate, with either intention or inertia, in such a way that certain groups are harmed. This is possible even if no one associated with the “systems and structures” harbors any ill will towards these groups.

In the same way, just because Ms. Johnson is an African American or workers at Planned Parenthood aren’t personally racist doesn’t mean the organization isn’t systemically and structurally targeting people of color. The abortion rate for African American women is nearly three times as high as that of white women. The rate for Hispanic women is nearly two times as high.

By one estimate, 79 percent of Planned Parenthood facilities are located within walking distance of African American or Hispanic neighborhoods. Whereas the average white woman might live her whole life without coming within 25 miles of one of these facilities, for many women of color, it’s far easier to find an abortion clinic than a bank branch or a decent grocery store. Whether by design or not, it reveals a system or structure that disadvantages people of color in the most basic way possible, by depriving them of life.

I can’t say it any better than did former NFL star and human rights advocate Benjamin Watson:

“Whether they personally identify with Sanger’s ideology or not, they continue to carry out her mission, by serving as the leading executioner of our children. The same Sanger they claim to disavow would applaud their efforts and results, as a disproportionate percentage of Black children have been killed in Planned Parenthood’s abortion clinics. Acknowledging a racist history does not absolve them of the blood on their hands, as they continue to take full advantage of victims of the racism they decry. Quite frankly, how much of a racist or eugenicist Sanger was or wasn’t is of no real consequence right now as children die daily. The issue is that the profitability of abortion makes it a difficult cash cow to forgo. I urge Planned Parenthood to continue this ‘reckoning,’ not simply by calling out racism and combating white supremacy, but by using their wealth to meet the needs of mothers and their influence to halt, not perpetuate, the ultimate goal of a eugenic agenda, extermination of an undesirable’s offspring.”

He’s right. If Planned Parenthood is truly serious about eradicating Sanger’s sordid legacy, it must abandon abortion. Otherwise, what Harpers called “The Racial Reckoning Within Planned Parenthood” is little more than posturing and public relations, which, I suspect, would please its founder.