The Point: Monkeying Around with Copyrights
Join us in helping to equip and renew the Church with a Christian worldview by giving before our fiscal-year ends!
Skip to content 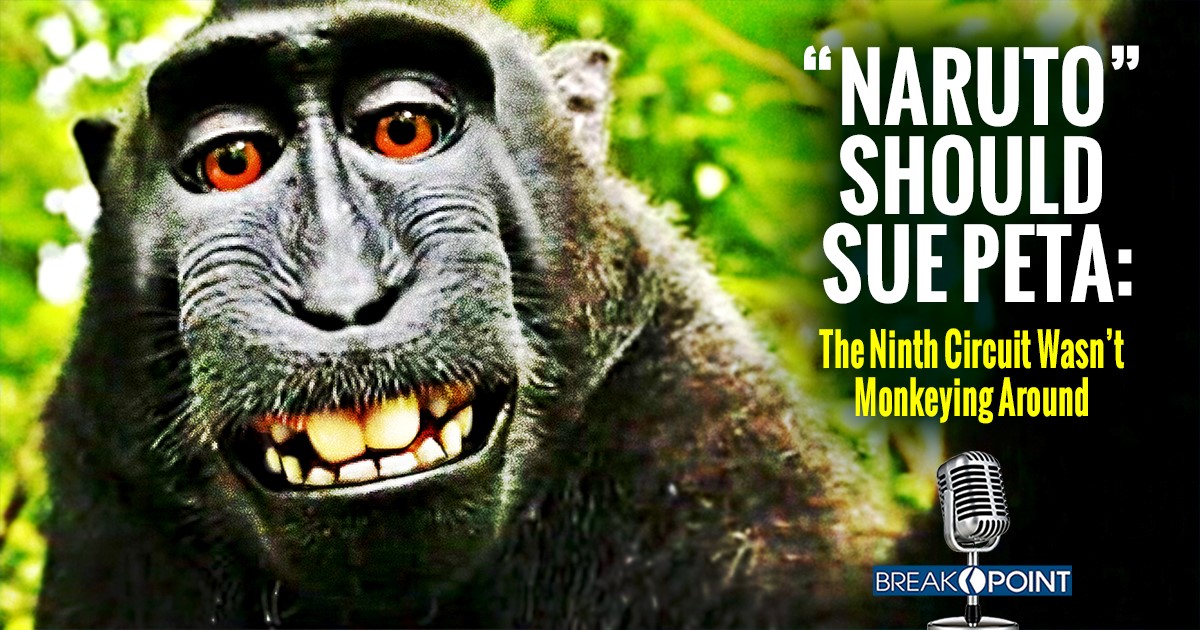 
The Point: Monkeying Around with Copyrights

Well, I’ll be a monkey’s uncle!

If a monkey typed randomly on a keyboard, how unlikely is it that it would write “War and Peace?”

Maybe as unlikely as the liberal 9th Circuit Court of Appeals getting something right … but in the case of PETA and the monkey, it did.

You may have seen that hysterical picture of an Indonesian macaque called Naruto, who grabbed a wildlife photographer’s camera and took a selfie. Acting as Naruto’s “next friend,” (that’s a legal term), the People for the Ethical Treatment of Animals sued the photographer, claiming Naruto should own the copyright to the picture.

The 9th Circuit ruled animals can’t bring copyright suits and threw the case—and PETA—out. One judge went so far as to question how good a “friend” PETA was to Naruto, since they were seeking their own “institutional interests,” and not directly benefiting the monkey.

Well, whaddya know. Even the 9th Circuit gets that animals are animals … not people.

For more on culture, come to BreakPoint.org.