President Biden's Stutter and the Image of God - Breakpoint
How can we respond to those around us with truth and love? Give today to receive this month's featured resource.
Skip to content 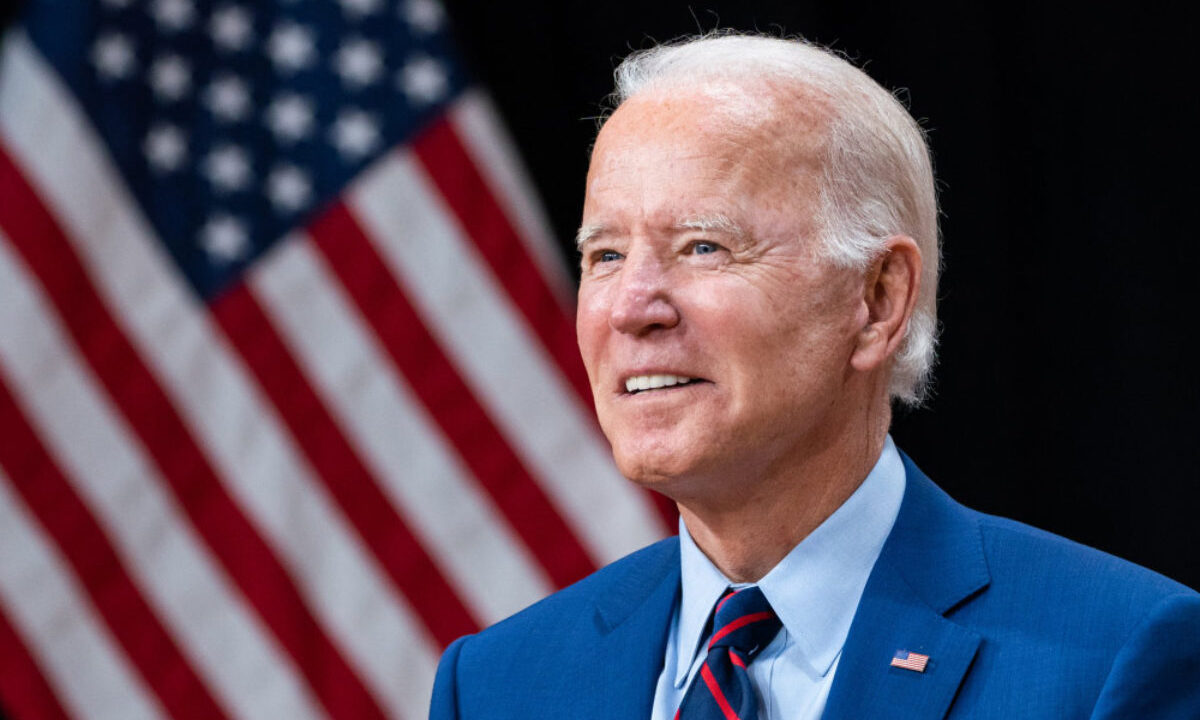 
President Biden’s Stutter and the Image of God

Because everyone is made in the image and likeness of God, we have a responsibility to honor them as such. Even those we think are very, very wrong.

In this cultural moment where everything from movies to sports to even the Church is politicized, it’s too easy to let our partisan team spirit shape whether or not we obey God and love our neighbors. But this part of the great commandment isn’t optional. We’ll never be able to love others –those that are on the other side, those we think are very wrong — unless we settle the question of who they are: Image bearers who, like us, are corrupted by sin.

Dr. Gerald McDermott is a friend and a brilliant scholar, and today on BreakPoint he shares an observation of seeing the Imago Dei in the life of one he’s not inclined to view very favorably. Here’s Dr. McDermott:

It is hard for me to think of any Biden policies that I think are helpful to this country. Yet I must admit that I have deep sympathy for his struggle with stuttering, and I admire the grit he displays in soldiering on despite it.

By now most of America has heard about the President’s stutter, his honesty about it, and the perseverance he has shown trying to fight it. We have heard about the failure of his childhood speech therapy to cure it, his being bullied and mocked in school for it, the feeling of being betrayed by his own body, reciting Irish poetry rhythmically in front of a mirror to help control his tongue, and his vows to never give up fighting it. Keep pushing. Don’t let it define you.

Non-stutterers have little idea of the nightmares of the average stutterer. Unless they have seen the 2010 movie “The King’s Speech,” many who hear stutterers block on words think it might be trivial or a minor annoyance at most. But they don’t know the times when occasional blocks mysteriously morph into paralysis, when even sounds that are normally effortless become mountains to climb. They have no idea of the apprehension when answering the phone, or the nervousness when, caught in conversation that goes quickly, we stutterers are afraid we won’t be able to reply at the right pace, and all eyes will turn to us as the conversation suddenly stops. They don’t know of the worry for weeks about upcoming speeches or presentations—not over what to say but whether we can get our tongue to cooperate.

Other famous stutterers showed grit similar to Biden’s. The ancient Athenian orator-statesman Demosthenes had a weak voice, and could not pronounce correctly words that started with “r.” Yet Demosthenes became a great speaker by persistent determination. He practiced his speeches in a cave, repeated words with the “r” sound thousands of times, and ran up hills to strengthen his weak frame. Greater body strength helped him project his voice, which was essential in a world without microphones.

The Yankee hero of the Battle of Gettysburg Joshua Chamberlain resolved when he was young that his stuttering was “intolerable.” Rather than despair, he determined he would do whatever it took to find improvement. By strength of will and using a song-like rhythm, he eventually reached a state where he could get through nine of ten difficult words with no trouble. He was elected governor of Maine four times and after retirement went on the speakers’ circuit.

Winston Churchill practiced his speeches in the bathtub and spent hours rehearsing every speech. Repeated practice was his response to the terror he experienced early in his career when he lost his train of thought in a speech in Parliament. He had a complicated set of speech defects, one of which was stuttering. But disciplined practice helped him grow to become one of the world’s greatest orators.

Biden reminds me of John Updike, the great American novelist. He too stuttered, and like Biden he was a religious man of inner contradictions that were resolved by forging a faith that was captive to the spirit of the age.

No one has ever described stuttering with such dead-on precision. Once Updike compared it to a traffic jam. “I have lots of words inside me: but at moments, like rush-hour traffic at the mouth of a tunnel, they jam.”

He painted a picture of facial tics that will make any relative of a stutterer groan with recognition. “Viewing myself on taped television, I see the repulsive symptoms of an approaching stammer take possession of my face—an electronically rapid flutter of the eyelids, a distortion of the mouth as of a leather purse being cinched, a terrified hardening of the upper lip, a fatal tensing and lifting of the voice.”

All stutterers will nod knowingly when they hear him refer to that “untrustworthy” part of himself that “can collapse at awkward or anxious moments into a stutter.” They might smile at his philosophical conclusion that stuttering is a sign of the “duality of our existence, the ability of the body and soul to say no to one another.” Or his reflection that a stammer is the acknowledgement of unacknowledged complexities surrounding even the simplest of verbal exchanges.

They might laugh, as I did, when they read his depiction of stuttering as negotiating an obstacle course with an unhappy ending: “Sometimes, it is as if I have, hurrying to the end of my spoken sentence, carefully picked and plotted my way out of a room full of obstacles, and having almost attained (stealthily, cunningly) the door, I trip, calling painful attention to myself and spilling all the beans.”

Updike was a serial adulterer and public Christian at the same time. He resolved this contradiction by constructing a Christianity of comfort without commands, a gospel of love without holiness. Biden’s own contradictions include his claim to be a serious Catholic while promoting a holocaust of the unborn. Or his declaration that he supports religious freedom while promoting the Equality Act that would make felons of orthodox believers. Biden would have approved Updike’s declaration that religion includes “an acceptance and consecration of what is,” as long as the “is” includes the dogmas of the sexual revolution.

How can I love the man when I think he is presiding happily over the destruction of little human beings and the meltdown of our republic? Well, I can remember Jesus’ command to love my (political and ideological) enemies. Recognizing Biden’s struggle with the same demon that has afflicted me helps me understand how to follow the apostle Paul’s admonition to “think of others as better than yourself” (Phil 2:3). My own speech therapy as an adult at a world-class facility gave me a breakthrough that Biden has apparently not been able to enjoy. Yet he has been willing to expose his affliction to the world in ways I might never have tolerated. I have to give him credit for that.

Biden’s infamous gaffes and public non -sequiturs might be as much from the stuttering demon as from alleged dementia. I know what it is like to block on words and search for substitutes, sometimes changing direction when the search comes up empty.

So I have sympathy for his struggle and admire his determination to plough ahead. At the same time I hope his policies are frustrated.

Gerald McDermott is the author of Famous Stutterers: Twelve inspiring people who achieved great things while struggling with an impediment.

What Joe Biden Can’t Bring Himself to Say