Question: What Is a Woman? - Breakpoint
Give today to learn what it means to be a thoughtful Christian!
Skip to content 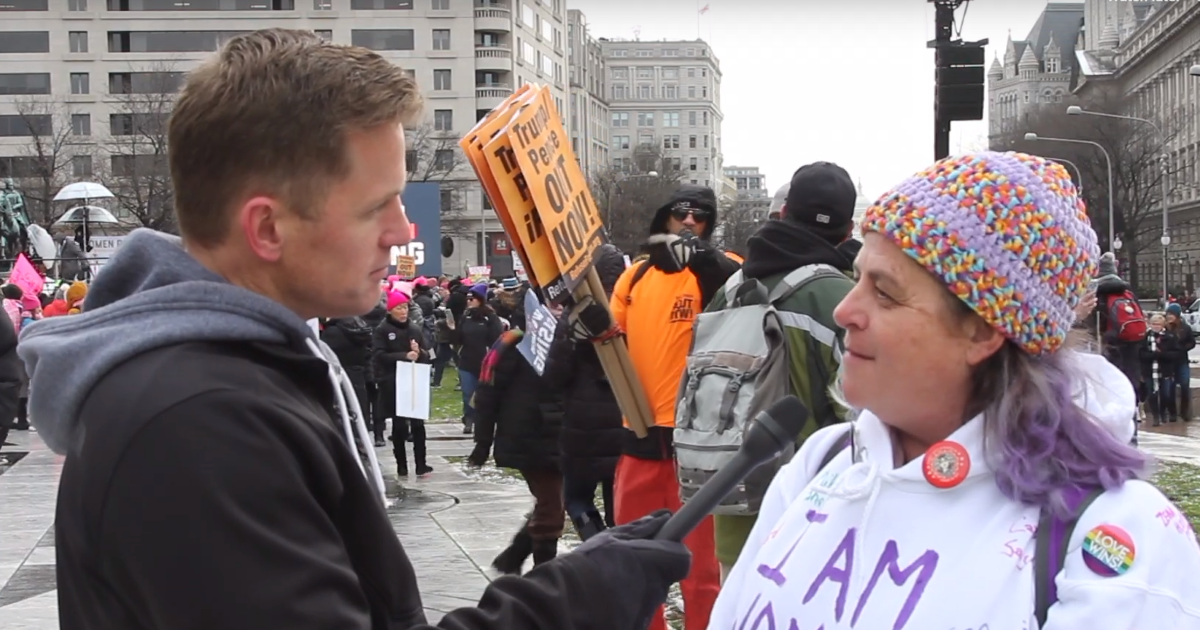 
Question: What Is a Woman?

Last weekend, about ten thousand people gathered in Washington, D.C. for the annual Women’s March. We sent Joseph Backholm, host of our What Would You Say video series, to ask marchers why they were there.

The women he interviewed said they wanted things like equal pay and equal treatment for women. The problem, one said, is men, primarily white men.

But when Joseph asked what, exactly, IS a woman, every single woman he interviewed struggled to answer. “That’s a trick question,” one said. “A human being,” another said. “Primarily concerned for the welfare of children…” another said. I’m not kidding; someone actually said that.

“Anyone can be a physical woman if they want to,” said another. “Anyone who identifies as a woman,” a few of them said.

So, to summarize, women are treated unfairly, and anyone, including men, can be a woman?

Check out the video at whatwouldyousay.org, as well as some other videos that offer clarity on the issue of gender.

How Does the Women’s March Define What a Woman Is?