Re-building Foundations Post-Roe - Breakpoint
Give today to learn what it means to be a thoughtful Christian!
Skip to content 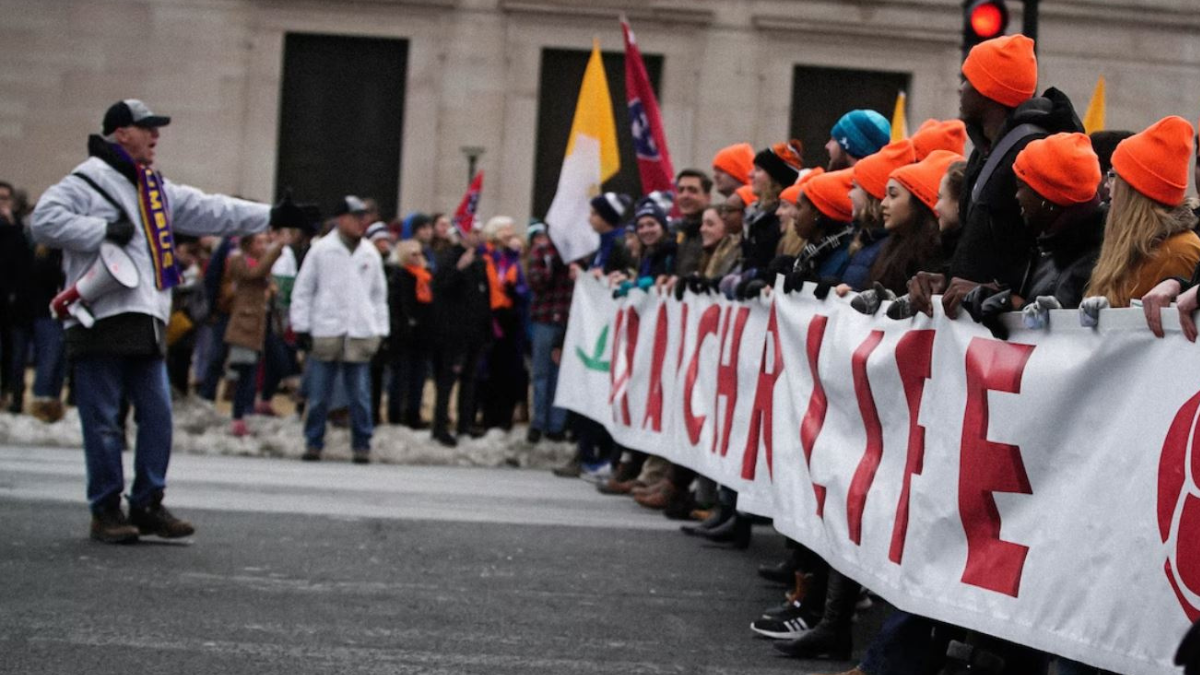 Fifty years ago, on January 22, 1973, the United States Supreme Court fabricated a so-called “right to abortion” out of thin air. Today, many will march in Washington, D.C., again committing to the great moral cause of our day.

Fifty years ago, on January 22, 1973, the United States Supreme Court fabricated a so-called “right to abortion” out of thin air. This travesty of justice, which enabled the deaths of tens of millions of innocent little souls, deserves a place among the absolute worst legal decisions in American history. In fact, additional flawed moral and legal reasoning soon followed in Casey v. Planned Parenthood and Doe v. Bolton, built on Roe v. Wade’s flawed moral and legal reasoning, rendering almost all restrictions on abortion, however mild, “unconstitutional.”

Today, thanks to the goodness of God, the long labors of pro-lifers over the years, and the keen legal efforts of the present Supreme Court, Roe is no more. That’s reason to celebrate. However, in the months since the Dobbs decision, it’s become painfully clear how much work remains for those committed to the end of abortion. Specifically, Dobbs returned the legal decision-making about abortion to the states. The legal decision-making that has happened, at least so far, is not encouraging.

In Kansas, a state-wide pro-life ballot initiative went down in flames. A few months later, Michigan passed the most radical pro-abortion law that America has seen, by a majority unexpected by pro-life pundits. In Montana, of all places, a bill that would’ve merely required helping babies born alive after a botched abortion procedure failed.

When even a conservative state can’t be bothered to restrict personal freedom to preserve the life of a baby outside of the womb, why would we expect pro-life success anywhere else?

Either way, the connection between preserving foundations and the work of the Church in any cultural setting is plain. In our case, living in the midst of the cultural evil of abortion, three foundations have been lost and demand our attention.

The first necessary foundation is the idea of the image of God as the only basis of human dignity and value. The loss of our understanding of who we are as human beings leaves only some vague notion of autonomy and self-expression as that which grounds our existence. Certain members of our community, those who stand in the way of our autonomy and self-expression, must be sacrificed to ensure this flimsy notion of self.

The story of abortion in America reveals how many victims there are of this bad idea, as described last year by Ryan T. Anderson and Alexandra DeSanctis in their book Tearing Us Apart: How Abortion Harms Everything and Solves Nothing. And now a new book, co-authored by Marvin Olasky and Leah Savas, offers the historical timeline of abortion. The Story of Abortion in America: A Street-Level History, 1652-2022 is a thoroughgoing study of the vile role played by abortion across the whole of American history.

The second foundation that requires our attention is the defense of truth as essential to understanding reality. In a culture captivated by relativism, as ours is, there are a million and one claims of being “personally pro-life” that lead to a million and two rationalizations of taking pre-born lives. Unless people have a clear sense that some things, like abortion, are just wrong, long-term moral progress on the issue will be nearly impossible.

A final foundation that must be re-built is married moms and dads as the best situation for the care and protection of children. Simply put, the more that fatherless and husbandless homes become the norm, both increasing in number and decreasing in scrutiny, the more preborn children will be at risk and their deaths accepted as convenient.

Today, many will march in Washington, D.C., again committing to the great moral cause of our day. Because the Supreme Court no more settled the issue in Dobbs than it did in Roe, the work continues.

As an added note, if you would like to hear a recent interview with Jeanne Mancini, president of the March for Life Education and Defense Fund, on the Strong Women podcast, go to colsoncenter.org/podcasts.

This Breakpoint was co-authored by Dr. Timothy D. Padgett. For more resources to live in this cultural moment, go to colsoncenter.org.