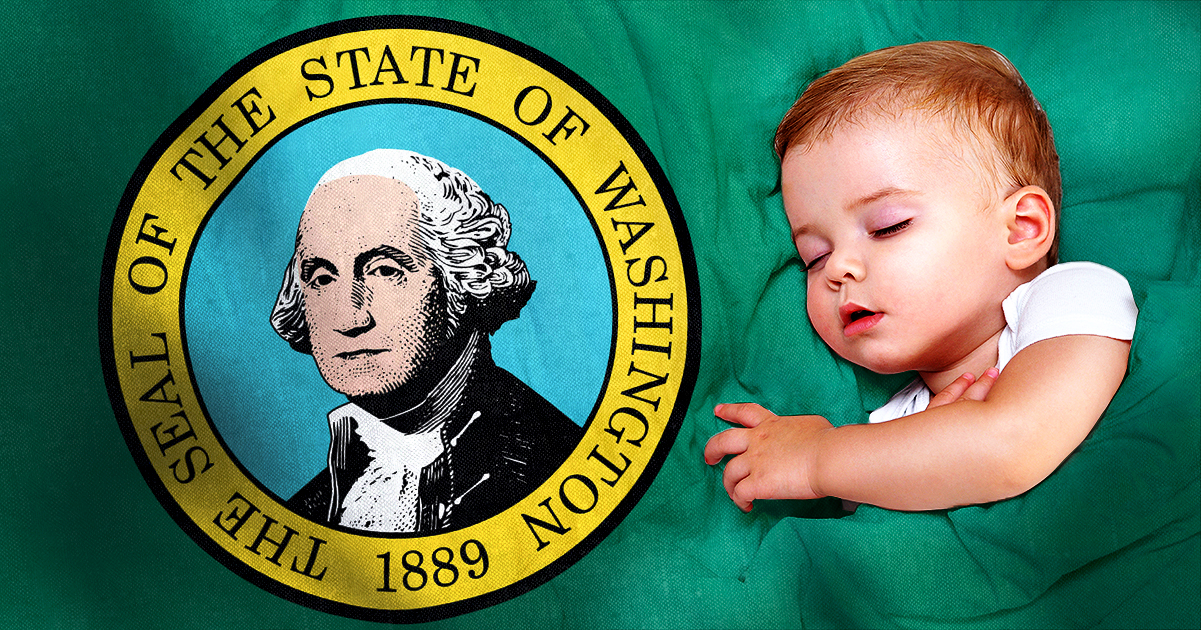 Shortly after her birth in September 2019, a baby girl, identified in Idaho court records as “H.V.,” was removed from parental custody. The state asked the girl’s great-grandparents, the Blaises, to consider caring for her. The Blaises agreed and began the process of becoming licensed foster-care providers in the state of Washington, where they live.

In Washington, becoming a foster parent requires more than proving financial capacity and the ability to provide emotional support. It requires agreement with the state on what it means to care for foster children “developing, discovering, or identifying themselves as lesbian, gay, bisexual, transgender and questioning.” So, in the process of becoming licensed to care for their own great-granddaughter, the Blaises were asked to react to hypotheticals such as “what if H.V. wanted to undergo hormone therapy to change her sexual appearance,” or “wanted to dress like a boy and be called by a boy’s name.” Again, remember H.V. is a one-year-old.

The Blaises are devout Seventh-Day Adventists. They told the licenser that “their Christian faith obliges them to love and support all people,” especially “children who feel isolated or uncomfortable,” but in the “unlikely event H.V. may develop gender dysphoria . . . would provide her with loving, medically and therapeutically appropriate care that is consistent with both then-accepted medical principles and (their) beliefs as Seventh-day Adventists and Christians.” Remember, this is a hypothetical. And, remember, H.V. is one and in need of a family.

Expressing alarm, the state licenser told the Blaises their application would likely be denied since “their responses conflicted with the Department’s policy to support LGBTQ+ children.” Again, no one knows if H.V. will identify as LGBTQ+.

Judge Mendoza’s ruling was not only strong, it clarified how the state is expected to handle the religious freedom of its citizens. While not rejecting the state’s interests when it comes to LGBTQ kids, regulations must be applied in a neutral manner. Mendoza’s emphasis on the lack of neutrality relies on the Supreme Court’s ruling in Employment Division v. Smith, which effectively bars “free exercise” claims in cases involving laws of general applicability. In this case, clearly, they were not. As Mendoza put it, “The regulations and policies disproportionately exclude persons who observe certain religious faiths from qualifying as foster parents based solely on speculative future conduct.”

Mendoza’s emphasis on the lack of neutrality relies on the Supreme Court’s ruling in Employment Division v. Smith, which effectively bars “free exercise” claims in cases involving laws of general applicability. While on paper the Washington policy appears to meet that criteria, it utterly fails to do so in practice.

Thus, Washington was required to prove that its regulations not only served a compelling interest but that they did so in the least intrusive means possible, which was far from the case.

Of course, if its past behavior and disdain for religious freedom (especially in the Baronelle Stutzman case) is any indication, the state of Washington will likely appeal this ruling. Even if upheld, Washington may try to find a bureaucratic way to deny the Blaises a foster care license. After all, government officials so easily “alarmed” about religious belief tend to be a vindictive bunch. Just ask Colorado cake designer Jack Philips.

By the way, Washington’s foster care system has been described as “dysfunctional,” and its difficulties retaining qualified foster parents are well-documented. Turning away people whose faith offends the state, when their faith is what motivates them to provide care for needy children in the first place, makes no sense. Turning them away based on the speculative future conduct of both the parent and the child makes even less sense.