Remembering Ravi Zacharias - Breakpoint
Give today to learn what it means to be a thoughtful Christian!
Skip to content 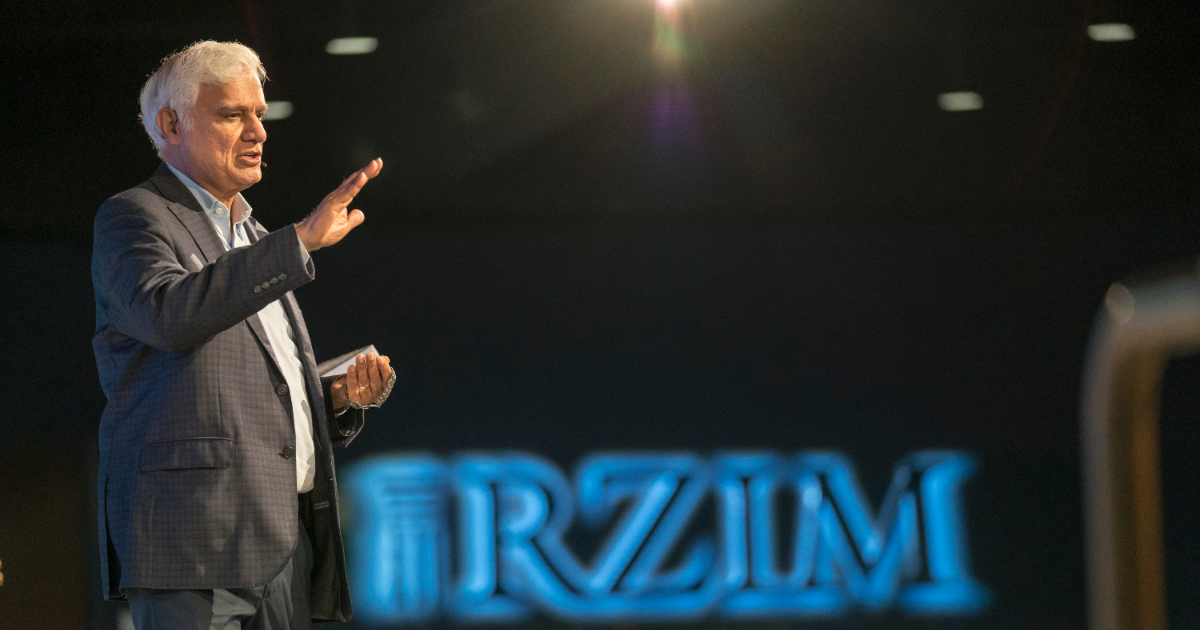 One of the last interviews I did with Chuck Colson, back when we started “BreakPoint This Week” as a weekly interview program on radio, was with Ravi Zacharias. I began that interview apologizing for all the times I had plagiarized him throughout the years, probably many times without even knowing it.

Though I’ve since become much more sensitive about identifying sources, Ravi’s teaching was profound for me. He was someone I cut my teeth on, a lifeline really, when my faith was undergoing an intellectual awakening.

Somewhere in college I came to realize that Christianity wasn’t just something you did, and it wasn’t even just something you felt. Even more (though certainly not less) than a personal relationship with Christ, I was realizing that the Christian faith was, in fact, true. From Ravi, I began to understand the extent to which you could not only think about faith, but actually think with faith.

Of course, that was the stated mission of Ravi’s life and ministry: to help thinkers believe and believers think. I was among the believers he helped to think.

Ravi and Chuck Colson had a very special relationship. Chuck deeply respected Ravi’s unbelievable ability to communicate. I spent hours listening to recorded talks from Ravi, over and over again, enraptured by just how vastly applicable Christian truth is to real life.

Ravi is a real-life example of what Paul told the men of Athens, that God places us in particular times in history. Ravi emerged at a time when many needed to see that faith could be deep, connected to the existential challenges of life while not only answering the skeptics and cynics, but challenging their assumptions and conclusions.

Ravi also seemed to have a great respect for Chuck Colson. When Prison Fellowship and the Colson Center lost our giant of a founder, Ravi’s wonderful tributes for Chuck were so kind, and a few years later, Ravi spoke for the 2017 Wilberforce Conference along with several members of the RZIM team. Ravi’s support is among the many ways God provided for the Colson Center in the years since Chuck passed.

When I heard the news yesterday that Ravi had died, I reached out to a friend, one of the many that Ravi really poured into, mentoring and building, who is part of the growing and dynamic team of apologists, speakers, and authors at Ravi Zacharias International Ministries. He told me that he was struggling to imagine a Ravi-less world.

I know that struggle. In 2012, when Chuck Colson passed away, many of us struggled to imagine a world without Chuck’s strong and stable voice of moral authority. God graciously gives us leaders like Chuck and Ravi, and we are better because of them. Yet, there will be a world without them.

Chuck and Ravi were giants, not only for me but for many others, who needed to know if Christianity could really stand up to the world of ideas and the challenging assaults of culture. In different ways, with different points of emphasis, different abilities, different back stories, they were able should show us it can.

Christian faith can take the shots of skeptics, cynics, and cultural forces and still emerge as true and beautiful and good. It’s worth mentioning they both had amazing personal stories of God’s grace. Chuck, of course, came to faith in the midst of political scandal, and Ravi in the midst of personal despair.

Losses like this remind us that Christianity is not ultimately a set of abstract truths, but the true Story of the world that precedes us and survives us. Certain characters in the story are elevated by God’s grace and His choosing. They run the race, and then the baton gets passed to the next generation.

That so many wonderful people are already in place at RZIM and ready to run is a tribute to Ravi’s life and ministry. At the same time, I know the feeling they must have, since there’s no such thing as filling shoes like his. Instead, to paraphrase Isaac Newton, we stand on his shoulders, seeing further because of his stature.

As for Ravi, his thoughtful and so-well-articulated faith is now sight. Still, as immense as his life and influence were, it’s only getting better for him. Or as C.S. Lewis put it, it was only  “the cover and the title page: now at last (he is) beginning Chapter One of the Great Story which no one on earth has read: which goes on for ever: in which every chapter is better than the one before.”