Roger Scruton on Beauty - Breakpoint
Learn how to make abortion unthinkable by giving your gift of any amount today!
Skip to content 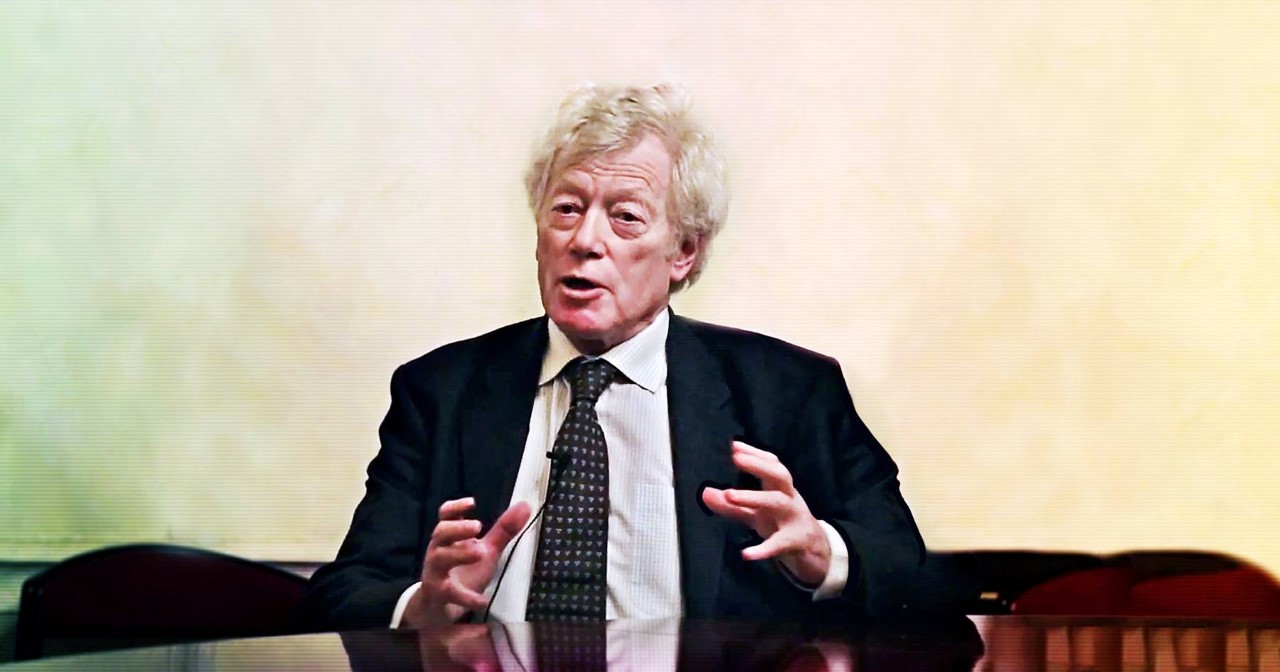 ‘A Path that Leads to Home’

On Sunday, Western Civilization lost a giant of a man, and a giant of a mind. Sir Roger Scruton was a philosopher and a prolific author on topics ranging from the history of philosophy, to music, to wine, to hunting, the true meaning of conservatism, the human soul, and more.

Scruton was no mere ivory tower intellectual. What he believed deeply, he put into action. During the 1970s, he smuggled books into Communist Czechoslovakia and helped run an underground network of seminars, offering “courses in philosophy, Hebrew, history, musicology, classical architecture, fine art, theatre, and anything else asked for.” No doubt his experiences with Communism helped make him the ardent and courageous critic of more recent forms of intellectual totalitarianism, too.

Among the things Scruton fought most intensely for, and what I think could be his most enduring contribution, is his defense of beauty.

In the documentary, which everyone should watch, Scruton contrasts great paintings, sculptures, music, and architecture with the modern and postmodern embrace of ugliness that fills too many museums today: cans of human excrement, urinals, dead animals in tanks, sterile buildings, and literal piles of trash. To call these things “art,” says Scruton, as too many do, isn’t just to rob that word of any meaning. It is to rob our world of meaning.

Quoting Plato, he argued that beauty not only exists objectively, but that it functions as a sign of another and higher order. Beauty reminds us like nothing else that there is more to life than matter, utility, and subjective taste. Good art is recognizable because it “unites form and ideal,” carrying our minds to higher things and surprising even those on vigilant guard against God.

“We all know what it is like,” says Scruton, “suddenly to be transported by the things we see—from the ordinary realm of our appetites, to the illuminated sphere of contemplation. A flash of sunlight, a remembered melody, the face of someone loved. These dawn on us in the most distracted moments, and suddenly life is worthwhile.”

Scruton was no art snob. He saw beauty bursting from everyday surroundings, too. In fact, he spent much of the film under windswept trees, or in quaint streets between brick shops built in a long-disused style. He even praised the finger-paintings of children as tributes to the beauty they see around them.

At the same time, Scruton loved the unique treasures of Western art: the “Pietà,” “David,” the “Birth of Venus,” and the works of Dante, Malory, and Shakespeare are all celebrated in the documentary not only as artistic triumphs, but as the collective testimony of a civilization to a “transcendental God,” and to the order He built into His world.

Scruton argued that belief in this God—what we might call a “Christian worldview”—was the womb that nourished the greatest art the world has ever known; and that the degradation of art was a direct consequence of the West’s loss of faith.

Fittingly, beauty itself, Scruton believed, points our way back. The ugliness of modern and postmodern art and the even uglier philosophies behind them need not have the last word.

Because Scruton believed and taught this, he ended his documentary with a performance of one of the simplest yet most soulful pieces of Western music: Giovanni Battista Pergolesi’s setting of the “Stabat Mater.”

The haunting piece recalls Mary’s grief at watching her Son hanging on the cross. Scruton describes this as the ultimate beauty—the redemption of suffering in the sacrifice that redeemed mankind.

Perhaps, as Dostoevsky claimed, beauty really can “save the world.”  At the very least, it points us to the One who can. And like Him, perhaps we might still see a resurrection of beauty.

The world owes Sir Roger Scruton a debt for reminding us of all this. He’ll be badly missed, but long remembered. Watch his incredible documentary, “Why Beauty Matters,” here.

Beauty Can Save Us