Self-Giving in the Nativity - Breakpoint
Give today to learn what it means to be a thoughtful Christian!
Skip to content 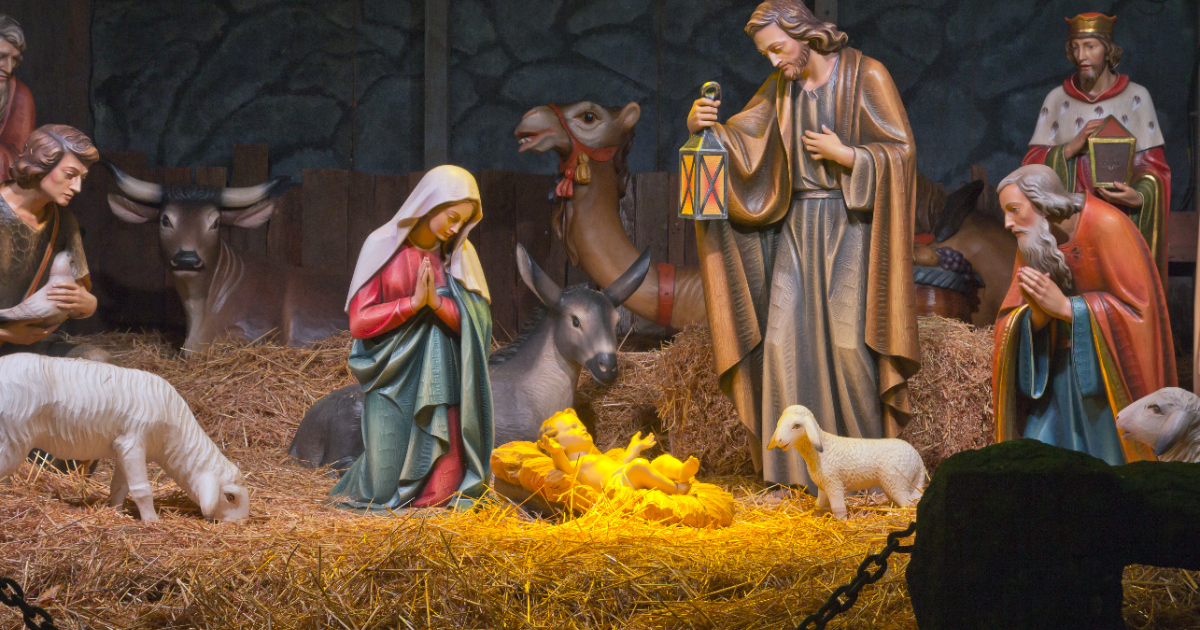 
Self-Giving in the Nativity

A Beautiful Argument for Life

Many articles this time of year wrangle over the specific details surrounding Christ’s birth—Did it really take place in a stable? Was it really in winter? When did the Magi show up? But the core of the story is unmistakable, because it’s taken straight from the pages of the Gospels. And we see it depicted in every nativity scene.

Nativity scenes are so commonplace in December, we can easily forget how much they confront our self-absorbed age.

Kneeling beside the manger is a girl of no status or means who said “yes” to a Divine summons to be a part of the central event in all of history. When confronted with the profound and unexpected gift of being mother to Christ—a burden she would bear not just for nine months but for a lifetime—she accepted. Because of her obedience, our burdens are lifted.

Beside her stands a quiet man, remembered by the world as just and noble because he thought of the good of his betrothed over his own reputation. He gave of himself without reservation to raise the Son of God.

And of course, there’s the babe: Jesus Himself. His self-giving was by far the most profound. Not only did He empty Himself of the glory He had with His Father from eternity, He adopted the form of a servant, bore our infirmities, and ultimately shouldered our guilt on the cross.

I am better able to see the self-giving underpinnings in the nativity story because of a powerful article in the Yale Daily News from over a decade ago. Bryce Taylor, who was (I believe) just nineteen at the time, wrote about the Christmas story and the familiar picture of the manger scene as a critique of our me-first culture.

“Throughout the Christmas narrative,” he observes, “we find as a recurring motif the idea that adversity must be met with self-sacrifice…Mary must bear the shame and unbridled gossip that accompany premarital pregnancy; Joseph must decide either to part with Mary or raise a child who is not his own. Even the wise men, to quote a poem by T. S. Eliot…[must travel through] ‘the cities dirty and the towns unfriendly.’”

Especially at this time of year, we look on all this self-giving—most of all on God’s gift of Himself—with awe and admiration. Even non-Christians see the beauty in this kind of self-sacrifice. Throughout the year, we revere soldiers and firefighters and first-responders, among others, for their self-sacrifice. Yet as Taylor pointed out in his article, the December stampede to consume TVs, gaming systems, and cars clashes with the theme of self-emptying found in the nativity.

Less than a month after the holiday bustle, we annually mark the anniversary of Roe v. Wade, the ultimate assertion of my rights over the lives of others. The contrast between Mary’s “yes” to an unexpected Guest and the “no” of our culture and our judiciary could hardly be sharper, or more deadly.

Yet rather than rehearse the familiar and necessary arguments to be made against abortion, Taylor made a surprising move and appealed to his predominantly secular readers’ sense of beauty.

“Which is more beautiful,” he asks, “more noble, more admirable: the vociferous American woman demanding the right to preserve her body from the intrusion of a baby, or the young Jewish girl in the Christmas story who sacrifices her plans and her reputation in a gesture of openness to the gift of new life? What is more worthwhile: the life that seeks convenience, or the life that accepts the call to sacrifice? Sincere contemplation of the nativity scene yields an unambiguous answer.”

Dostoevsky wrote that “beauty will save the world.” In the self-giving incarnation of God the Son, and all the acts of self-giving that surrounded that first Christmas, we get a glimpse of what he meant.

Each December, the secular world is confronted with nativity scene reminders that life is better than death, that birth is more lovely than abortion, and that sacrifice on behalf of another is more beautiful than ending a life in the name of freedom. And (beauty of beauties!) these scenes proclaim the arrival of the only One who can ever set us free from our own selfishness.

The reminders are simply everywhere.