Talking Worldview at Thanksgiving - BreakPoint
Learn how to make abortion unthinkable by giving your gift of any amount today!
Skip to content 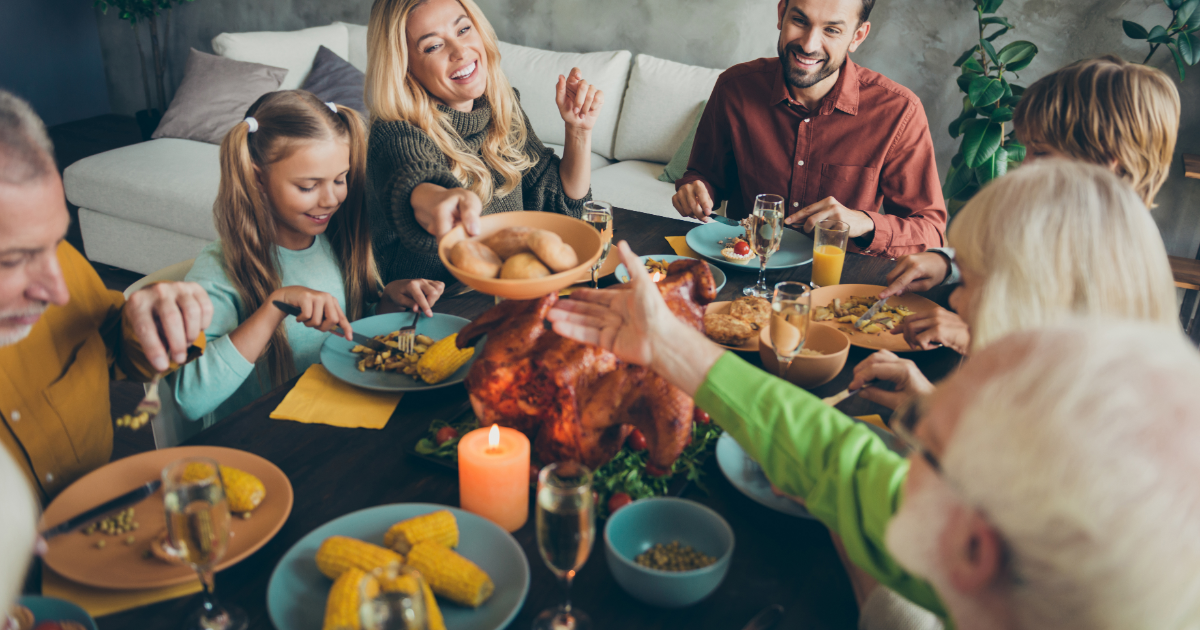 Here's a strategy for those tough conversations.

A new holiday trend, as evidenced by Google searches, is “Friendsgiving.” Instead of having to talk politics or religion with that opinionated parent, aunt, or uncle over Thanksgiving dinner, some folks – especially younger adults – are choosing friends over family on Turkey Day. After all, why risk an argument that will ruin the day for everyone?

Of course, there is nothing wrong with celebrating Thanksgiving with friends, but we shouldn’t shy away from conversations about things that matter, even if the topics are super-controversial—like, oh, I don’t know, same-sex “marriage,” the impeachment hearings, immigration, or the Dallas Cowboys.

There are two keys to civil, interesting, and productive conversations. First, we need to be confident in our beliefs. If we are, we will be far less likely to be threatened by opinions and ideas we know aren’t true. Second, we need to love our enemies. And since we aren’t facing any hostile foreign invasions this holiday season, that means our ideological enemies. Remember that Jesus loves even those we find intolerable, so we must decide to treat them with respect.

And now, here’s a strategy for those tough conversations:

Ask good questions. Questions turn monologues into dialogues, surface-level discussions into something deeper, and they might even open a closed mind or two.

First, What do you mean by that? The battle of ideas is always the battle over the definition of words. Thus, it’s vital in any conversation to clarify the terms being used. For example, a very important thing to clarify about whether Christians should support same-sex marriage is the definition of marriage. If the topic comes up, stop and ask, “Hold on, before we go too far into what kind of unions should be considered marriage, could you tell me what you mean by marriage?” Often, when it comes to these crucial issues, we’re using the same vocabulary as those with whom we disagree, but we’re not using the same dictionary.

Here’s a second question: How do you know that is true? Too often, assertions are mistaken for arguments. There’s a vast difference between the two. An assertion is a definitive statement made about the nature of reality. An argument is presented to back up an assertion. By asking “How do you know that’s true?” you’ll move the conversation beyond two people merely asserting what they believe to why those assertions should be taken seriously.

Of course, if you ask someone making an assertion this question, you’re going to have to be ready to receive that same question when you make an assertion. And that’s okay – Christians have good reasons for our faith that we can share. Our moral convictions make sense, and we should be ready to make the case for them whenever we get the chance.

Here’s a third question: Where did you get this information? Once arguments are offered, it’s important to ensure the arguments are valid. For example, news reports love to shout that same-sex parents are better parents than straight couples—a talking point based on very limited studies, while plenty of other studies suggest the exact opposite.

The fourth question: How did you come to this conclusion? Behind the person you are talking with and his/her convictions, there is always a story, maybe even a painful one. If you know where someone is coming from, it can help explain why they don’t find your views plausible. Plus, it’ll help you remember (see the second key above) that the person you’re talking with is a real, image-of-God bearing person.

Oh . . . and to get off to a great start tomorrow at the dinner table, here’s a seventh question, and one of the most important you can ask: For what are you thankful? It’s an easy transition from that question to “to whom are you thankful?”

From all of us at the Colson Center, Happy Thanksgiving.

This commentary first aired in November 2016.