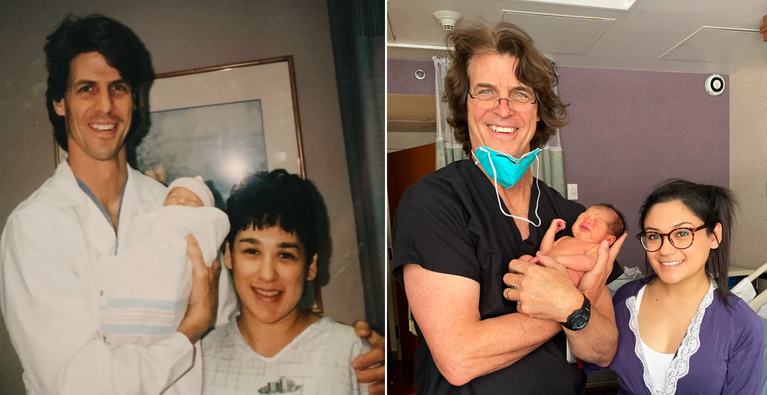 A few weeks ago, the photo of a newborn baby held by Dr. Bryan Cox, the doctor who delivered him, went viral. Why? Well, the reason this was such a special delivery is that 25 years ago, Dr. Cox delivered a baby named Lauren Cortez at a Texas hospital. The baby he was holding in the photo was Lauren’s baby. When she posted the photo of her Dr. Cox and her newborn son on Twitter, she included a nearly identical photo of herself, on her birthday, with a smiling, albeit much younger Dr. Cox.

Cox told CNN he chose to deliver babies for a living because it’s one of the few medical fields that offers so much happiness.

Thanks, Dr. Cox for the very real reminder to the world that Children are an incredible blessing–to their parents and families, to the doctors that deliver them even to Twitter – and, of course, to the God who Created them.