The Disillusion of Millennial Evangelicals - Breakpoint
How can we respond to those around us with truth and love? Give today to receive this month's featured resource.
Skip to content 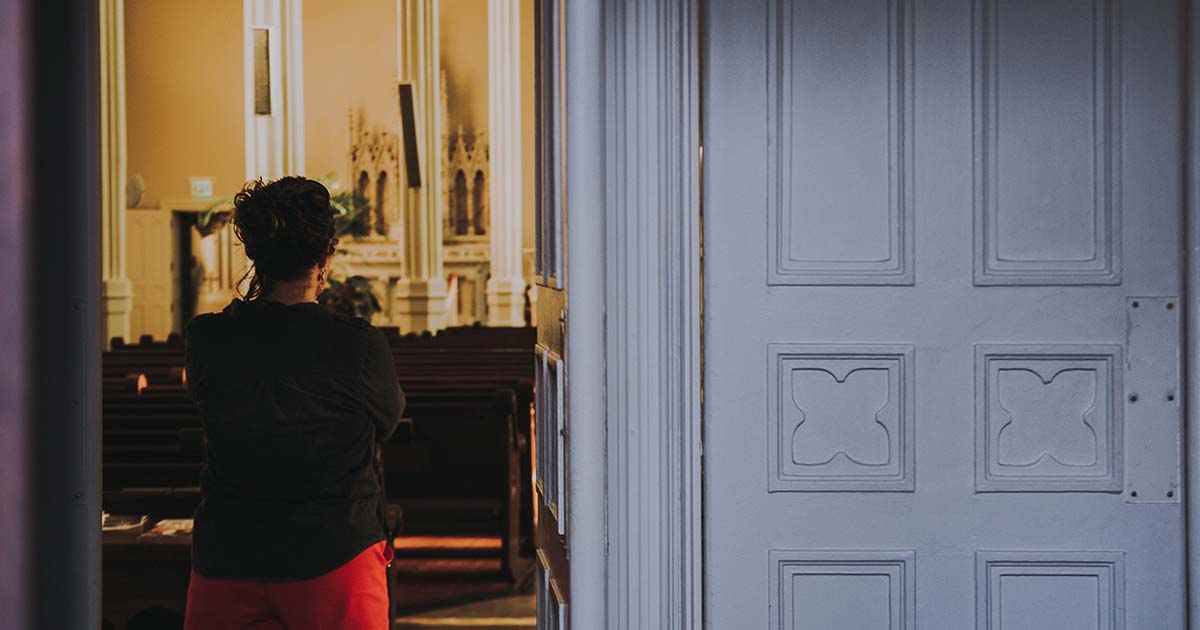 
The Disillusion of Millennial Evangelicals

Though Gen Z-ers have all but replaced Millennials as the dazzling object of scrutiny and cultural analysis, it’s not because Millennials are no longer struggling. Rates of addiction, depression, burnout, and loneliness are all disproportionately high among the demographic born between 1981 and 1996. Since 2013, in fact, Millennials have seen a 47 percent increase in major depression diagnoses.

For their part, evangelical Millennials are in a season of deconstruction and deconversion, or reeling from the many influential and high profile leaders that have recently either left the faith or fallen from grace. Disillusionment is now a dominant feature of this group that was once convinced it could change the world.

In his influential book The Righteous Mind, Jonathan Haidt uses a rider and an elephant to illustrate moral psychology. The rider represents intellectual reasoning. The elephant represents immediate perceptions, intuitions and instincts. Most modern people, Haidt argues, think that their own moral frameworks are derived from objective, rational reasoning. In other words, it’s the rider who tells the elephant where to go and what to eat. In reality, however, moral decisions primarily come from our gut instincts, and we use intellectual reasoning to justify those decisions. Or, back to our metaphor, the elephant wants bananas, and the rider explains why bananas are good after the decision to get bananas has already been made.

If Haidt is right, we can better understand the beauty and power of Christianity. To borrow his metaphor, Christ speaks to both the rider and the elephant. “Like newborn babies,” the Apostle Peter tells us, “crave pure spiritual milk, so that by it you may grow up in your salvation, now that you have tasted that the Lord is good.” Christianity is not only ultimately true, it is also ultimately satisfying. It is satisfying, in fact, because it is true.

This provides a helpful lens by which to understand Millennial deconstruction, deconversion, and disillusionment. What if a generation of Christians have been taught to crave the wrong thing?

Recently, my friend Sean McDowell described a conversation he had with a deconverted evangelical. He was surprised to learn that this skeptic first started to doubt his faith at a Coldplay concert. Though there are plenty of anti-Christian bands, Coldplay isn’t one of them.

The lead singer didn’t challenge anyone’s faith or any particular truth claims from the stage. However, the concert produced in the skeptic so many of the feelings he had always associated with worship. The stadium of people singing in unison, the strong emotion elicited by lyrics and melody, and the unifying cultural grandeur of it all felt a lot like, well, church.

But then, what had this former believer been experiencing all those years? It suddenly seemed possible that Christianity was just another man-made phenomenon, enjoyable and moving but not really true.  You know, like a Coldplay concert.

What if we are seeing the fruit of a generation that was sold endless attempts to make Christ cool and likable, worship relevant and hyper-emotional, and Christian morality more about politics and cultural influence than obedience to God? And what if this generation has now found those experiences elsewhere? What if all of the trendy marketing, political capital, and massive concert experiences inadvertently taught a generation to love the glamour and the feelings, but not Christ?

If there’s any truth to this analysis, there is also consolation. Many Millennials are discovering that there are no better answers “out there,” either. Yet, like all human beings, they still crave the truth, depth, and beauty found only in the Gospel.

Chuck Colson kept a plaque on his desk that read: “Faithfulness, not success.” Having climbed the heights of worldly success, he knew that nothing in this life could ultimately satisfy. Forced to reckon with how empty it all was, he encountered Jesus. As he wrote in Loving God,

God doesn’t want our success; He wants us. He doesn’t demand our achievements; He demands our obedience. The kingdom of God is a kingdom of paradox, where through the ugly defeat of a cross, a holy God is utterly glorified. Victory comes through defeat; healing through brokenness; finding self through losing self.

Culture – even Christian culture – comes and goes. The eternal truths of Christ are forever. And they are enough to satisfy a drifting generation.

Loving God: The Cost of Being a Christian

The Righteous Mind: Why Good People Are Divided by Politics and Religion
Jonathan Haidt | 2013