The Enduring Power of 'A Christmas Carol' - Breakpoint
How can we respond to those around us with truth and love? Give today to receive this month's featured resource.
Skip to content 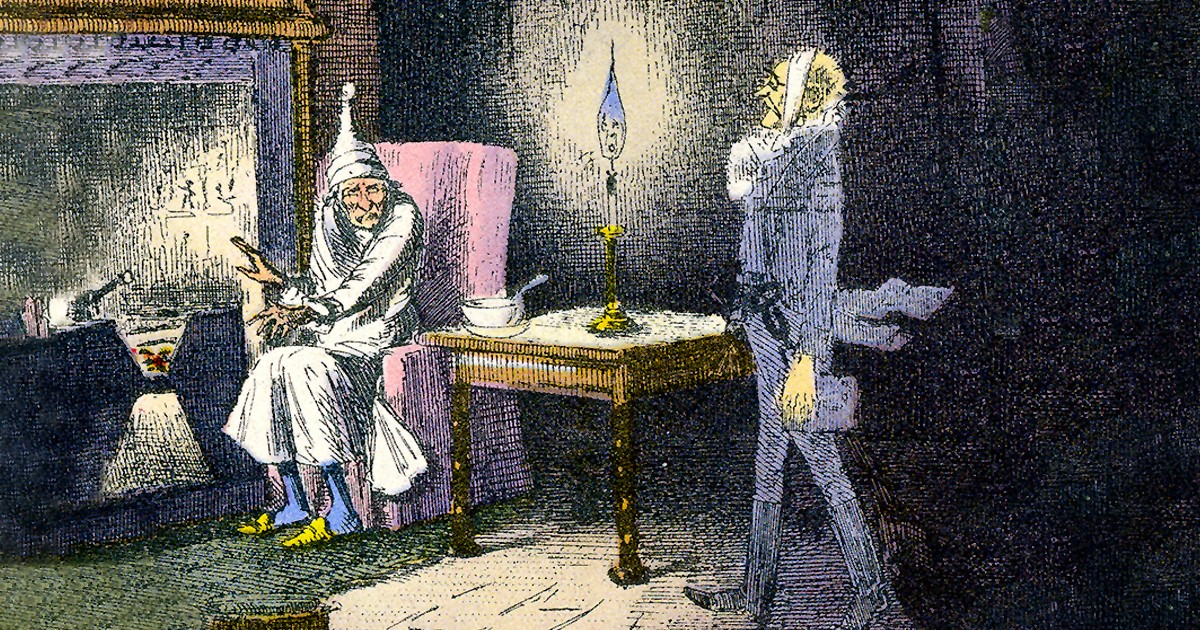 
The Enduring Power of ‘A Christmas Carol’

One hundred and seventy-four years ago, a British writer was horrified at the conditions under which children were made to labor in tin mines. He decided to write a pamphlet exposing these conditions. His intended title: “An Appeal to the People of England on Behalf of the Poor Man’s Child.”

Thank heavens the writer changed his mind. Instead of a pamphlet, he decided to write a novel making the same points. It’s filled with colorful characters—including an old man who goes about snarling “Bah, Humbug!”

Those two little words instantly reveal what book I’m talking about: the immortal“A Christmas Carol,” by Charles Dickens. The book has never been out of print—and it illustrates why telling a good story is often the best way to communicate our beliefs.

Why does “A Christmas Carol” still resonate today? For the answer, I went to my friend Gina Dalfonzo, editor of Dickensblog. She told me “A Christmas Carol “is a book that “has everything: great sorrow and great joy, corruption and redemption, poverty and pain, hope and love.” And “it expresses the deep belief that even the worst person can change for the better.”

“A Christmas Carol” is not merely a magnificent story, and its message is not confined to a “social gospel” teaching: Dickens points directly to Christ throughout. For example, Scrooge’s nephew, Fred, suggests that perhaps nothing about Christmas can be “apart from the veneration due to its sacred name and origin.”

And Tiny Tim expresses the hope that when people saw his lameness, “It might be pleasant to them to remember upon Christmas Day, who made lame beggars walk and blind men see.” This is, Gina points out, “a wonderful example of the biblical idea of God’s strength being made perfect in our weakness.”

Dickens’ classic shoots down the idea—prevalent in some Christian circles—that reading novels is a waste of time. They seem to forget that Jesus Himself was a master storyteller. For instance, He didn’t just say, “Come to the aid of those who need help.” Instead, He told a vivid story about a Samaritan who rescues a wounded man.

Chuck Colson once said that when it came to learning moral lessons, he was “much more impressed by profound works of fiction than by abstract theological discourses.” Scenes from some of the greatest stories ever told, he said, “have etched moral truths deeply into my soul. Their characters and lessons are so vivid I can’t forget them.”

And that is likely why so many of us will never forget the moral truths told through Ebenezer Scrooge, Fezziwig, Tiny Tim, and all the other memorable characters that populate Dickens’ great Victorian tale. It’s why we reject pamphlets that say, “Be nice to the needy” in favor of a good strong character bellowing, “Are there no prisons? [Are there no] workhouses?” Or the ghost of Scrooge’s partner, Jacob Marley, howling, “Mankind was my business!”

Dickens’ Christmas classic is more popular than ever. There’s a new film about how he came to write “A Christmas Carol,” called “The Man Who Invented Christmas.” And a writer named Samantha Silva has just published a novel titled “Mr. Dickens and His Carol.”

I do hope you’ll take time out to read, or re-read, the original, or read it aloud to your family. Who knows what great good may come of it?

And so I end this piece by saying—and you probably knew it was coming—“God bless us, everyone.”