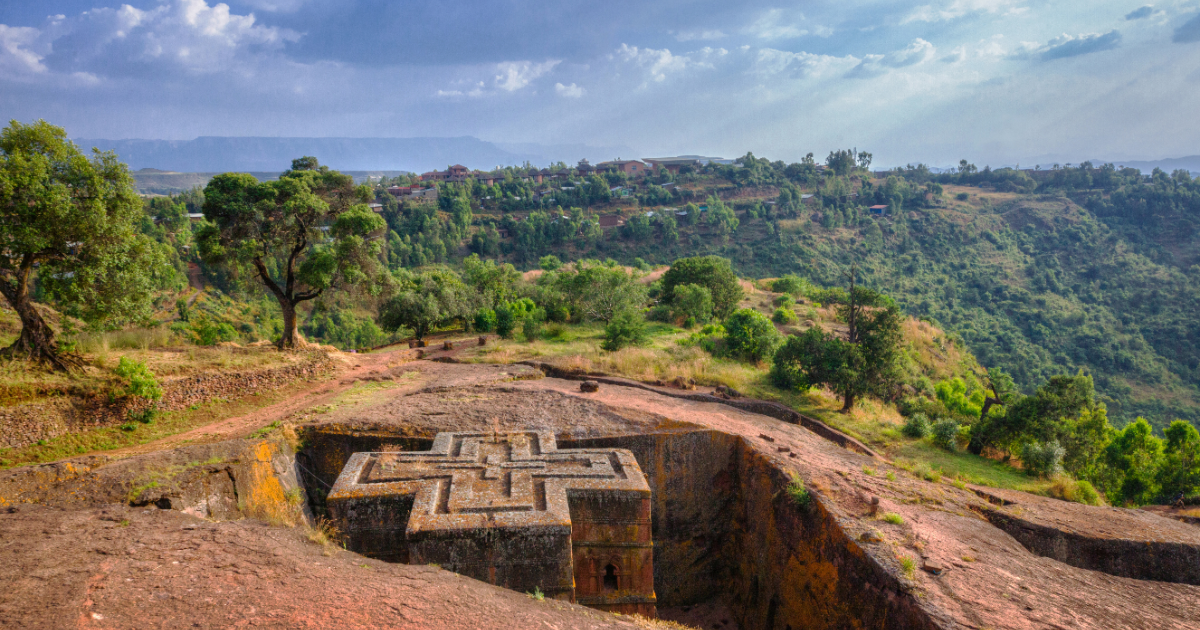 
The Faith of Ethiopia—and Its Prime Minister

Prime Minister Ahmed is a Pentecostal Christian and the second African Evangelical in a row to win the Nobel Peace Prize. Congolese physician Denis Mukwege won in 2018.

Ahmed’s story is only the latest chapter in the ancient history of Ethiopian Christianity, which began in Acts 8 when an angel told Philip, “Rise and go toward the south to the road that goes down from Jerusalem to Gaza.” On that road, Philip met an Ethiopian court official puzzled over the meaning of Isaiah 53.

Philip told the man known as the Ethiopian Eunuch the good news about Jesus, and when the official professed faith, Philip baptized him. Afterward, the “Spirit of the Lord carried Philip away, and the eunuch saw him no more, and went on his way rejoicing.”

Where he went, of course, was Ethiopia. According to second century church father Irenaeus of Lyon, “This man . . . was also sent into the regions of Ethiopia, to preach what he had himself believed.” And according to church historian Nicephorus, Matthias, the one chosen to replace Judas, also preached the gospel in Ethiopia.

Over the next two centuries, Christianity continued to spread in the region. Then in the early fourth century, in another momentous chapter in Ethiopian Christian history, a Christian boy from Tyre named Frumentius was shipwrecked and sold into slavery at a port along the Red Sea. His new master was the king of Axum, a region in what is now Ethiopia. Like Daniel and Joseph before him, Frumentius gained the trust of the pagan king who, upon his death, freed Frumentius. But Frumentius remained as a tutor to the new king, Ezana.

When Ezana came of age, Frumentius returned to Tyre to be trained as a priest. From there he went to Alexandria and asked the great theologian and patriarch Athanasius to send a bishop and missionaries to facilitate the further conversion of Ethiopia. Athanasius decided that the best man for that job was Frumentius himself, and so he was consecrated as the new bishop.

The most historically significant of Frumentius’ converts was King Ezana himself, who was baptized shortly after Frumentius returned to Ethiopia. Within a decade of his return, the majority of the people in Ezana’s kingdom had become Christians. Christianity became the official religion of what is now Ethiopia in about A.D. 330 , which makes Ethiopia the second oldest Christian nation on earth after Armenia.

“What about Rome?” you ask? Rome didn’t officially become Christian until A.D. 380.

Recent archaeological finds confirm this story. As recently related at Smithsonian.com, archaeologists have discovered the remains of a church that date back to the early fourth century.

This discovery reminds us of three things. First, even before Constantine legalized Christianity in the Roman Empire, the faith had already spread far and wide from Ethiopia to the south and India to the east.

Second, the Christian faith originated at the crossroads of Asia and Africa. The modern explosion of Christianity on both those continents is, in reality, a homecoming. Ethnically and linguistically, our Lord was more closely related to people like Frumentius and the people of Ethiopia, who speak a Semitic language, than He was to the people of Europe.

And finally, Ethiopia’s two-thousand-year legacy of Christianity all began with Philip’s simple act of obedience. So when the Lord bids any of us, “Rise and go,” we’d better do it. After all, who knows if He might bless an act of obedience today, in order to change history and to glorify His name for centuries to come.