The Movie to Watch this Weekend - Breakpoint
What makes the Church essential? Click here to learn more.
Skip to content 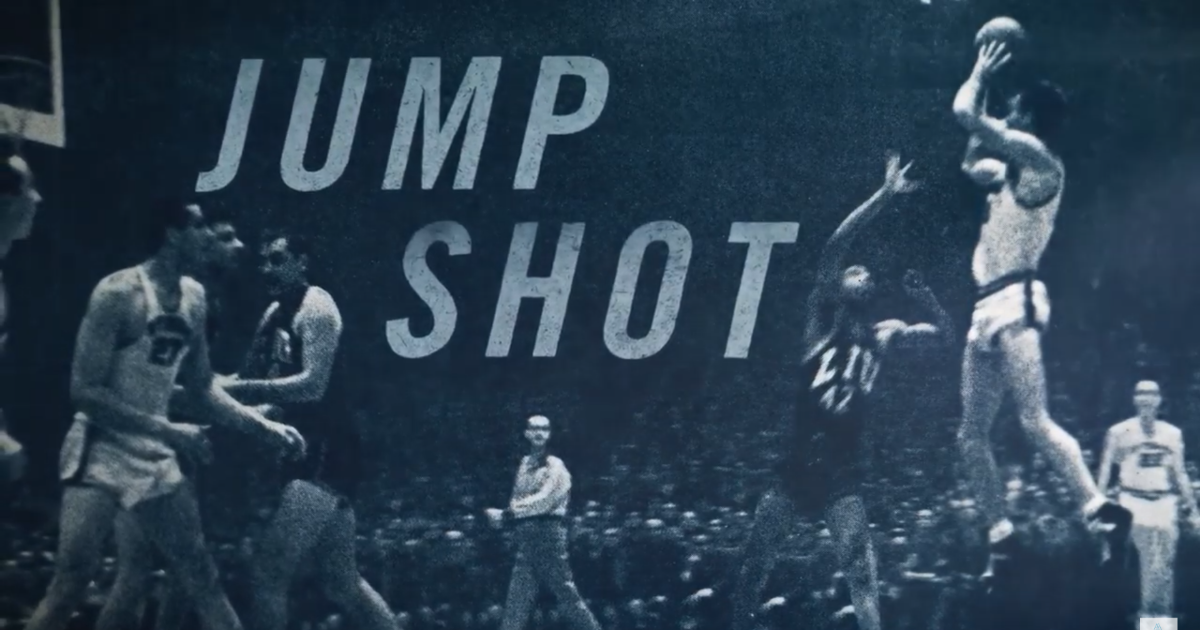 
The Movie to Watch this Weekend

Especially If You Miss Hoops as Much as I Do

Most sports have a skill or a type of play that defines the way the game is played. For example, without the forward pass in football, it would just be rugby with better pads. The home run, thanks to Babe Ruth, keeps baseball from being cricket with more running.

And basketball wouldn’t be basketball without the jump shot. It’s so endemic to the game, in fact, that many people can’t imagine that basketball ever existed without it. But basketball was without it, in its earlier days. Two-handed set shots, overhand flings, running one-handers characterized what was a much slower game. Until, that is, the jump shot.

And for that, we have to thank a player from the University of Wyoming named Kenny Sailors. Never heard of him? Well, neither had I until quite recently, and I’m a basketball junkie.

A new film, appropriately produced by Steph Curry (perhaps the greatest jump shooter in the history of basketball), which is appropriately titled “Jump Shot,” tells the Kenny Sailors story. Scheduled to be released in theaters in April, it’s instead opening online this weekend, from April 16-18. And it’s fantastic, featuring not only Curry but a “Who’s Who?” of all-time basketball greats including Dirk Nowitzki, Kevin Durant, and even coach Bobby Knight.

Sailors, who was born in the small Wyoming town of Hillsdale in 1921, learned how to play basketball against his older brother. His brother stood 6’5”. Kenny was only about 5’7″. Apparently, his brother rather enjoyed, as brothers do, blocking all of Kenny’s shots.

One day, Kenny tried something new: jumping and releasing the ball at the top of his leap. His brother was so impressed, he told him to keep working on that shot.

Sailors did, earning all-state honors in high school and leading the University of Wyoming team that won both the NCAA and NIT national tournaments in the same year. In the four months after, Kenny married his college sweetheart and shipped out with the Marines to fight in the Pacific.

After serving with distinction in the War, Kenny resumed his All-American career at Wyoming before taking his jump shot to the NBA. An iconic photo of Sailors, which appeared in LIFE magazine, was taken during a game against Long Island University. Sailors’ feet are at the level of his defender’s waist, and he’s flicking his shot in a form that players around the world have mimicked ever since.

As CBS’ Clark Kellogg puts it in the film, Sailors was playing a different game from his contemporaries. In fact, he was named the NCAA player of the decade for the 1940s. It’s so fun to watch, in this film, NBA legends realize who they have to thank for this way of shooting they now take for granted.

After five years in the NBA, Sailors decided to retire from basketball. Why? “The Lord has shown me,” Sailors says in the film, “that there are a lot more important things than sports.” Yes, he said the Lord. If you are wondering why I am talking about a basketball documentary on this Christian worldview commentary, it’s because “Jump Shot” isn’t really about Sailors’ contribution to basketball. It’s about his contribution to people throughout his life. It’s about a life well lived.

After the NBA, Sailors moved his family to Alaska, where the clean air could improve his wife’s health life. There, he started Alaska’s first public-school girls’ basketball league, opening opportunities for Native Americans. His teams won 68 straight games and three state titles. One person in “Jump Shot” calls him “the best thing that ever happened to Glennallen, Alaska.”

After the death of his wife, he returned to Wyoming and continued his well-lived life, investing in the community. Talking about his wife’s dementia and eventual death in the film, he said “The Lord gives you strength that you don’t even know where it comes from . . . He just gives you the strength to go through most everything.”

Two more things you need to know about Kenny Sailors. First, he’s not in the Naismith Hall of Fame. It’s a travesty, an injustice, and just plain strange. But he’s not. And he should be. Second, Sailors died in 2016 at the age of 95.

This film “Jump Shot,” will ensure that his extraordinary life is not forgotten, though I imagine this unassuming man would be embarrassed by the fuss the film will create.

If you’re a hoops guy like me, but even if you aren’t, “Jump Shot” is the film you should watch this weekend. Especially if you want to see Stephen Curry fifty years before Steph Curry.

The limited release is running online from Thursday to Saturday. Go to jumpshotmovie.com to learn more.