The Plague of Locusts, and What Christians Can (and Must) Do - Breakpoint
What makes the Church essential? Click here to learn more.
Skip to content 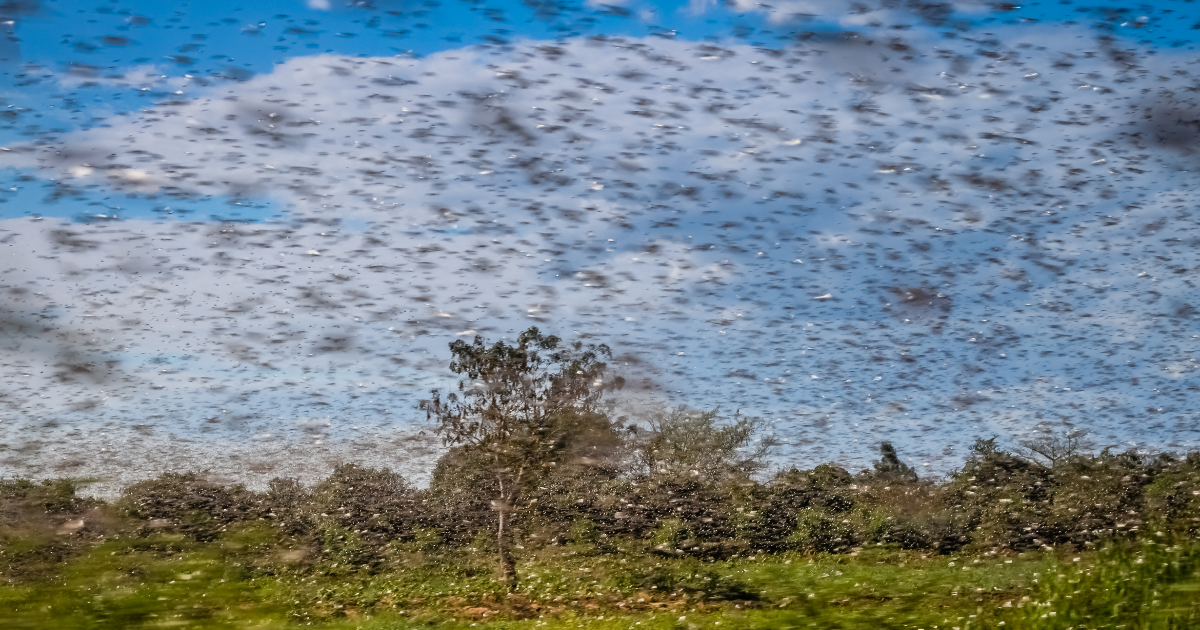 
The Plague of Locusts, and What Christians Can (and Must) Do

At one point in its history, most likely in the century after the return from the Babylonian exile, a swarm of locusts descended on Judah and ate everything in sight. That is, after all, what locusts do.

The calamity was the setting for the prophetic oracles contained in the Book of Joel. In the first part of the book, the prophet laments the damage done by the swarm and calls on God’s people to mourn, not only for their losses but also for their sins. If they do, the prophet proclaims, God will “restore the years the locusts have eaten.”

Locusts and leprosy are the quintessential biblical calamities, but few of us in the West have experienced either personally. In some parts of the world, they are far more familiar. In fact, right now, upwards of 13 million people in East Africa face famine as the result of locust swarms. Note that I said not “a swarm” but “swarms,” some covering more than 900 square miles and containing up to 80 million individual bugs. In one day they can consume as many crops as “would provide food for 35,000 people.”

This current plague of locusts originated in the southern Arabian Peninsula where heavy rainfall provided ideal breeding conditions and prevailing winds carried them to East Africa.

From there, the locusts spread into other areas, including South Sudan and the Turkana region of Kenya, both of which were already struggling with the effects of prolonged drought.

By some estimates, if weather conditions are right, “the swarms could increase by 500 times come June.” And, making efforts to eradicate the swarms even more difficult is that one of their preferred breeding sites is controlled by the Somali Islamist group, al-Shabaab.

Still, in the midst of the suffering, there are lights in the darkness, such as the group “Mary’s Meals.”

You may have guessed from the name that the group is named after Jesus’ mother. The founder of Mary’s Meals, Magnus MacFarlane-Barrow, is a devout Catholic who, before founding the group, spent years as a salmon farmer. After hearing about the refugee crisis created by the Bosnian War, Magnus and his brother Fergus drove a truck all the way from Scotland to Bosnia loaded with relief supplies.

This initial running – or in this case, driving – towards what other people were fleeing led to the creation of Mary’s Meals, whose vision is simple: “every child receives one daily meal in their place of education.”

It may sound modest, but that one meal makes a huge difference long term, with a measurable impact on school enrollment, attendance, and performance, especially in poorer countries.

Today, the group feeds 1.3 million children around the world, including 20,000 in Turkana. Seventeen percent of all school children in Malawi are fed by Mary’s Meals.

These efforts are in stark contrast to those of the national governments in places like Kenya, which are accused by critics of only thinking about the crisis areas during election time.

The actions of Christian groups like Mary’s Meals and others are pretty much all that stands between a lot of people and mass starvation, and that was true even before this new plague of locusts. A crisis of biblical proportions demands a response by God’s people: specifically, running into, not away from, the plague. Thank God, that’s what Christians have done throughout history, and thank God, that’s what is happening today.

But what can we do from so far away? Of course, we can pray. That matters, a lot. And, we can spread the word. Amazingly, people can watch cable news all day and not be aware of this calamity of biblical proportions. We can also urge our leaders to help those affected.

Finally, we ourselves can be generous and support organizations like Mary’s Meals and others who provide this sort of care to those who need it the most.