The Scars and Thirst of Christ on Good Friday - Breakpoint
Help make a bigger worldview possible for Christians around the globe with a year-end gift!
Skip to content 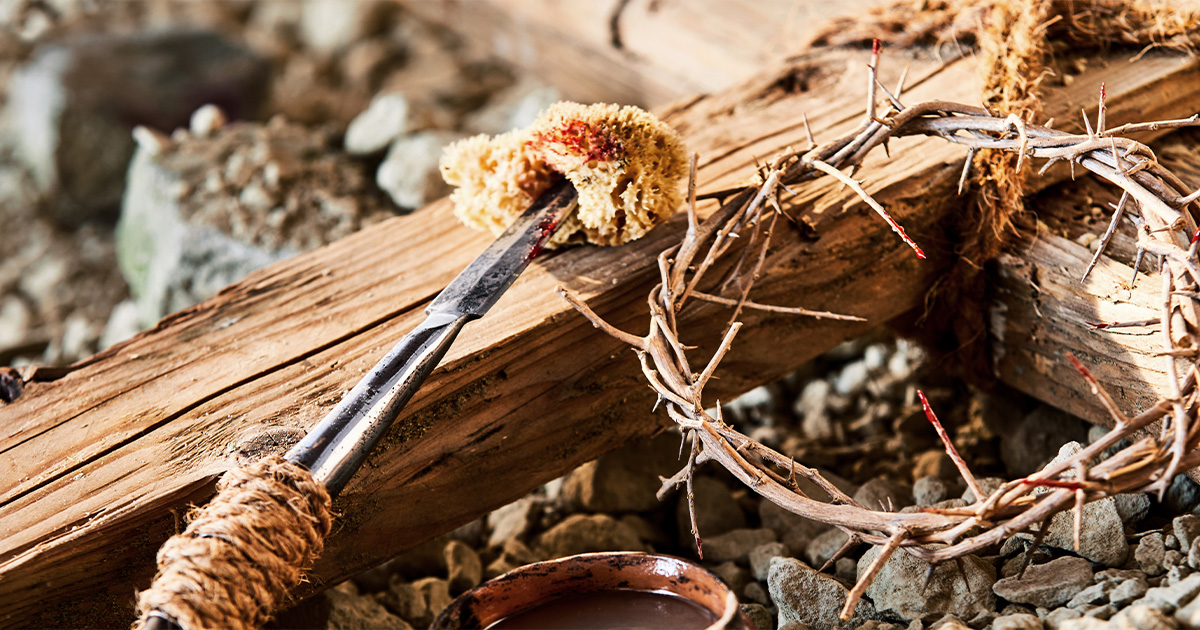 
The Scars and Thirst of Christ on Good Friday

Today on Good Friday, we remember, we worship and proclaim this God, Jesus of the scars. To Him be all glory and praise forever and ever. Amen.

Today, on Good Friday, we remember, honor, and reflect on the God who entered the world of human suffering on our behalf.

Only John’s Gospel records these words. They were uttered by Jesus, we’re told, not as a guttural physical response, but with intention: “Knowing that all was now finished,” Jesus said, “I thirst” in order to fulfill the Scriptures (John 19:28). And yet, we ought not think these words are manufactured or insincere either.

Earlier in His ministry, Jesus had, on the last great day of the Feast of Tabernacles, “stood up and cried out, ‘If anyone thirsts, let him come to me and drink. Whoever believes in me, as the Scripture has said, ‘Out of his heart will flow rivers of living water’” (John 7:37). “The water that I will give him will become in him a spring of water welling up to eternal life” (John 4:13–14).

And now, on the cross, He who said these words was Himself thirsty. Why are we told this? Why is the fact that Jesus thirsted important?

The world changed on All Saints Day in 1755. In Lisbon, Portugal, a 10-minute earthquake, followed by a tsunami and fires, killed an estimated 60,000 people, many crushed by collapsing churches where they had gathered to celebrate that Christian holy day.

According to moral philosopher Susan Neiman, for many Western intellectuals this incident of natural evil proved that God could no longer be trusted. The French philosopher Voltaire offered scathing words in a poem:

“Are you then sure,” he wrote, “the power which would create
The universe and fix the laws of fate,
Could not have found for man a proper place,
But earthquakes must destroy the human race?”

And so in the modern era, trust moved from God to man. And it seemed to work: The next few centuries were marked by technological advances, scientific progress, and scholarly criticism of the Bible.

However, the peak of modernism was the 20th century, which revealed that trust in man was badly misplaced: the mechanized slaughter of millions in two world wars, Communism, Auschwitz, and the threat of nuclear annihilation. So where do we turn now if we can’t trust God or man?

The cross directly addresses this world of moral and natural evil: As the prophet Isaiah foretold, “He was wounded for our transgressions, He was bruised for our iniquities; the chastisement for our peace was upon Him, and by His stripes we are healed (Isaiah 53:5).

The cross proves that God is not aloof from human suffering as Voltaire had imagined, nor will human evil have the final say. Our God once thirsted, like we do. He bled, as we do, in this existence of fallen people and a fallen world. In Christ, God entered the world of human suffering, suffered Himself, defeated suffering and now has the scars to prove it.

Nearly two centuries after Voltaire, theologian Edward Shillito, offered a poem with a very different take on the suffering we experience. Here are two stanzas of that poem:

“If we have never sought, we seek Thee now;
Thine eyes burn through the dark, our only stars;
We must have sight of thorn-pricks on Thy brow;
We must have Thee, O Jesus of the Scars. . .

“The other gods were strong, but Thou wast weak;
They rode, but Thou didst stumble to a throne;
But to our wounds only God’s wounds can speak,
And not a god has wounds, but Thou alone.”

Today on Good Friday, we remember, we worship and proclaim this God, Jesus of the scars. To Him be all glory and praise forever and ever. Amen.

And before I leave you today, I want to give you a free pdf that the Colson Center team has prepared on the seven last sayings of Christ from the cross. It’s a beautiful booklet, with reflections from our team and sacred art to help you reflect this Easter season on what Jesus suffered and said for our benefit.

The Seven Saying of Christ PDF