The Supreme Court Case Showing If Christians Have Free Speech Too - Breakpoint
How can we respond to those around us with truth and love? Give today to receive this month's featured resource.
Skip to content 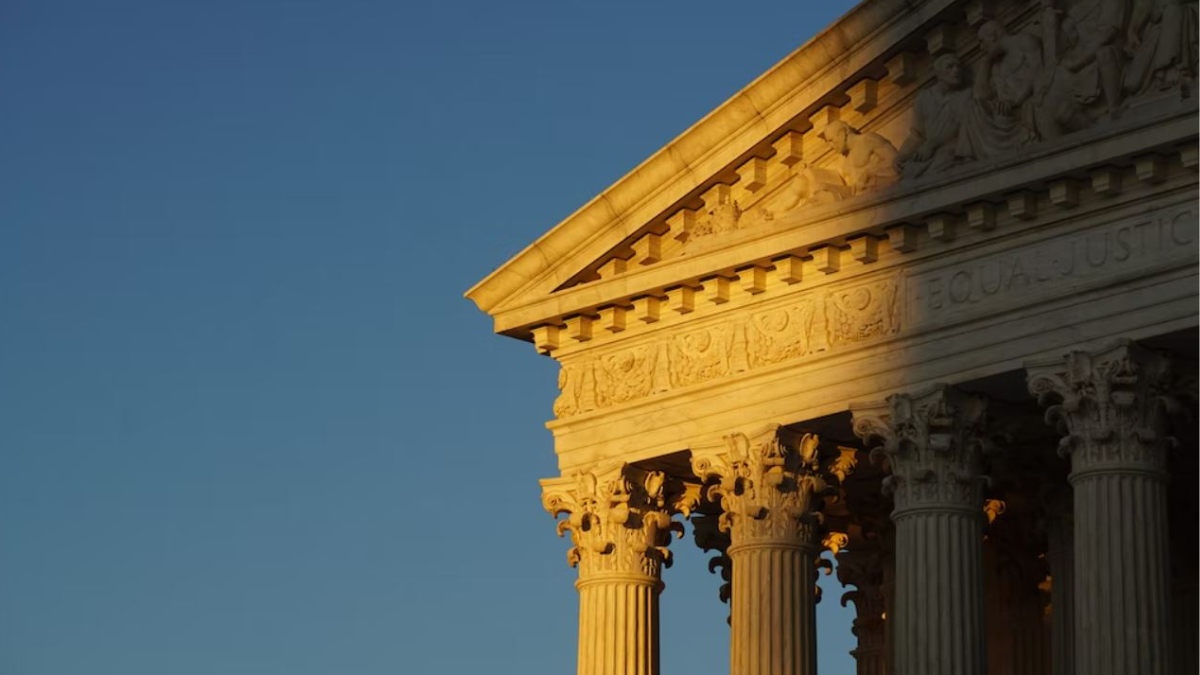 
The Supreme Court Case Showing If Christians Have Free Speech Too

On Monday, the Supreme Court heard oral arguments in 303 Creative v. Elenis, a case with significant implications for the future of conscience rights and free speech.

Before we discuss an important Supreme Court case and the future of religious freedom, please consider making a year-end gift to support the Colson Center. Breakpoint is listener-supported, and if these daily commentaries help you think biblically about this confusing world, please consider supporting us financially at colsoncenter.org/december. Thank you.

On Monday, the Supreme Court heard oral arguments in 303 Creative v. Elenis, a case with significant implications for the future of conscience rights and free speech. Though graphic designer Lorie Smith never planned to take this high-profile stand for First Amendment rights, this case will determine to what extent Americans who reject the legal redefinition of marriage are able to live and work in accordance with their deeply held beliefs.

By protecting the interrelated freedoms of speech, religion, and association, the Constitution protects the rights of Americans to live according to their conscience. However, in recent years, lower courts have been increasingly unwilling to protect the conscience rights of Americans when engaging in commerce, especially those who believe that marriage is between one man and one woman. Lorie Smith is a graphic designer in Colorado. Her company creates custom websites. As a creative professional, she composes text, chooses or creates images, and promotes messages online. If a client asks her to express a message that violates her conscience, Lorie politely declines the job.

The state of Colorado, however, has decided that Lorie does not have the right to choose which messages she uses her talents to express. The state has forbidden her, for example, from posting a notice on her website stating she is unable to create websites that express messages contrary to her Christian beliefs, including websites that promote abortion services, celebrate same-sex marriages, or advance a transgender ideology.

In July of 2021, a 10th Circuit Court panel ruled 2-1 that Colorado’s Anti-Discrimination Act could justifiably be used to force Lorie “to create websites—and thus, speech—that [she] would otherwise refuse,” even though that interpretation of the Act created a “substantial risk” of removing “certain ideas or viewpoints from the public dialogue”—such as Lorie’s Christian beliefs about marriage. In other words, a federal court ruled that a state can force a citizen engaging in commerce to violate his or her conscience by removing or compelling certain speech about marriage, family, and sexuality.

In 2018, Colorado attempted something similar with Jack Phillips, owner of  Masterpiece Cakeshop. In that case, the Supreme Court ruled that the state has mistreated Jack by denigrating his religious beliefs, but did not specifically rule on the question of compelled speech. As a result, Colorado is attempting to punish other creative professionals for their beliefs.

Though this clearly violates the First Amendment, states like Colorado justify their actions by citing public accommodation laws. However, the nondiscrimination laws are designed to ensure that all people have access to certain services. When creative professionals like Lorie Smith and Jack Phillips decline a job because it violates their deeply held beliefs, it’s about the message, not the person. In the same way, a Jewish web designer should not have to design a website with antisemitic messages for a hate group, nor should a pro-LGBTQ baker be forced to communicate a message about marriage and sex that violates his or her own deeply held beliefs.

The ruling in the 10th Circuit went further than any other bad ruling thus far. The court, to borrow a phrase from Alliance Defending Freedom, really “went off the rails” by conceding that Colorado did violate Lorie’s First Amendment rights, but was justified in doing so because of the state’s interest in advancing so-called LGBTQ “rights.”

If the state is allowed to violate First Amendment rights, what can’t it do?

Like Jack Phillips, Lorie Smith has repeatedly said she will happily serve anyone who comes through her door but cannot express all messages. For Lorie Smith, it doesn’t matter who is requesting the job, it only matters which message the job requires her to express.

Not long ago, Christian beliefs about sex and marriage were considered mainstream. Today, they are among the most controversial beliefs someone can hold. In a pluralistic society like America, it is the most controversial speech that needs protection. The state should not shield these controversial beliefs from criticism or coddle them from counterviews, but it also should not force anyone to give the speech a platform or prevent someone from living from his or her own deeply held beliefs.

As Lorie wrote in an op-ed following the decision, “What my lawsuit has revealed is that the courts are even more open than many of us realized to letting officials punish religious freedom and silence free speech.” One particular judge on 10th Circuit panel dissented from the majority ruling. In his dissent, he warned that this “unprecedented” and “staggering” ruling “subverts our core understandings of the First Amendment.”

That’s why Lorie Smith appealed her case to the Supreme Court. Her case matters for all Americans who wish to live in accordance with their conscience. Please pray for Lorie Smith of 303 Creative, and for the Alliance Defending Freedom, who is providing her defense.