Virginia’s Really Bad Week: Racism and Infanticide in Old Dominion - Breakpoint
Give today to learn what it means to be a thoughtful Christian!
Skip to content 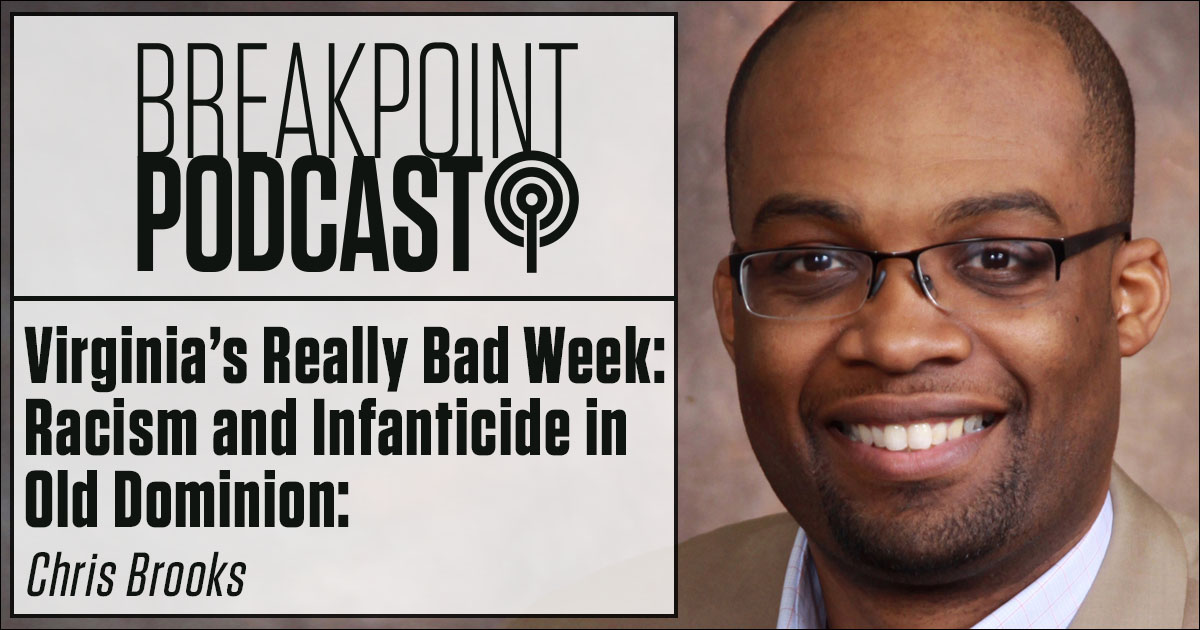 Last week was a rough one in Virginia. Governor Ralph Northam went on radio to justify what can only be called infanticide. Shortly thereafter his now infamous medical school yearbook photo of two men—one in black face and a KKK outfit—was broadcast across the country.

Today on the BreakPoint Podcast, John Stonestreet talks with Pastor Chris Brooks of Woodside Bible Church and host of Moody Radio’s “Equipped” program, about a Christian response to infanticide and to racism. Is the governor credible? Should he step down? What disqualifies an elected official from office?

More importantly, how do we as Christians respond to such outrages? Will we have the courage not only to not be racist, but to actually be anti-racist? Pastor Brooks gives his perspective as an African American pastor.