What Church is Really Like - BreakPoint
Join us in helping to equip and renew the Church with a Christian worldview by giving before our fiscal-year ends!
Skip to content 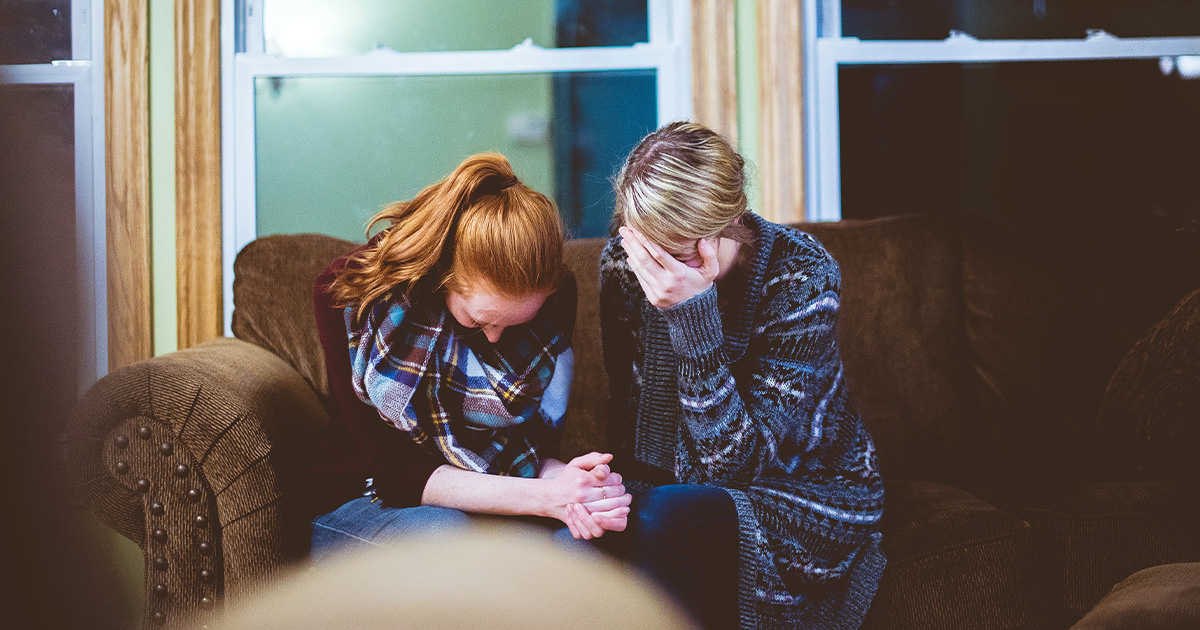 The advantage to being a Christian is seeing reality as it really is. It makes perfect sense that the people willing to accept the Bible as the true account of the world would be the people most able to live at peace in the world.

Many Christians, rightly concerned about protecting the Church’s witness in front of the wider world, have embraced claims about the church that simply are not true. Last week, Pastor Josh Howerton of Lakepointe Church in Dallas shared a fascinating Twitter thread demonstrating that when it comes to the Church’s reputation, perception is not always reality.

Citing research from the Barna Group and others, Pastor Howerton debunked the popular myth of the pro-life evangelical who cares only about babies until they are born but not once they are outside the womb. For example, practicing American Christians are more than twice as likely as non-Christians to adopt.

Then there’s the accusation that conservative Christians are sexually repressed, obsessed with “purity culture” and the sexual oppression of women. The research actually shows that couples who identify as “highly religious” report having the most satisfied sexual lives. Those numbers are even higher for women than for men.

A more recent accusation is that American churches are rampant with abuses of power, gaslighting, or narcissistic leaders. To be sure, those problems exist, as illustrated not long ago by Christianity Today’s podcast The Rise and Fall of Mars Hill. But the data show clearly that regularly attending church, on the whole, dramatically improves people’s mental and emotional health, accounting for a 33% decreased risk in deaths from despair, a 50% reduced risk of divorce, and a 29% decreased risk of depression.

The Church, of course, has plenty of problems. But how has the gap between reality and perception grown so wide?

Part of the problem is myopia. It is human nature to think that our perception of the world is true, and to downplay or even ignore evidence to the contrary. This is especially true when we are trying to stand with victims and work for wrongs to be righted.

Even so, ours is a culture that rewards self-preoccupation. In 1979, sociologist Christopher Lasch wrote The Culture of Narcissism, arguing that as the bonds of religious identity and family erode, Americans were increasingly looking inward for security and meaning. In such a culture, feelings and subjective experiences aren’t just considered the most important thing in the world: They’re considered the most accurate view of the world.

In such a world, special social status is awarded to people perceived as victims. Thus, testimonies of victimization—both inside the Church and out—get louder play. Stories of everyday faithfulness, sacrifice, and ministry seem boring. And, in a secular culture increasingly hostile to Christianity, one person’s negative experience at church or disdain for Christianity in general will be much better received and more readily believed than the opposite testimony, even if that one person’s perception is false, or at least uncommon.

Simply put, a lot of people just don’t want to like the Church. In some cases, they have good reason. Whenever that is the case, we should grieve and take appropriate steps to seek forgiveness and reconciliation. But we should also not be surprised when a secular culture skeptical of the existence of moral realities flinches at the moral certainty offered in Scripture. As atheist Thomas Nagel honestly admitted, “It isn’t just that I don’t believe in God…. I don’t want there to be a God. I don’t want the universe to be like that.”

Describing The Culture of Narcissism, Christopher Lasch wrote, “the contemporary climate is therapeutic, not religious. People today hunger not for personal salvation, but for the feeling, the momentary illusion, of personal well-being, health, and psychic security.”

Even though the Christian life offers the best path for human flourishing, there is no promise of personal comfort. Jesus promised that the difficult grind of sanctification—the self-sacrifice, the commitment, the generosity that we’re called to—wouldn’t always come across well, not to others or even to us. He said the world would hate Him because darkness hates the light.

As Christians, our response should be invitation, not self-flagellation. The reason data shows Christians are living more satisfied lives isn’t because Christians are better people. If we’ve succeeded in anything, it’s only because of God working through us. Without Him, Jesus said, we can do nothing.

The advantage to being a Christian is seeing reality as it really is. It makes perfect sense that the people willing to accept the Bible as the true account of the world would be the people most able to live at peace in the world. If we’ve found that peace, it’s by God’s grace, and our task is to invite the lost to come and find it, too.

The data doesn’t lie. Neither does the Bible.