What the Church Gave Alcoholics Anonymous and What It Should Offer Again - Breakpoint
Give today to learn what it means to be a thoughtful Christian!
Skip to content 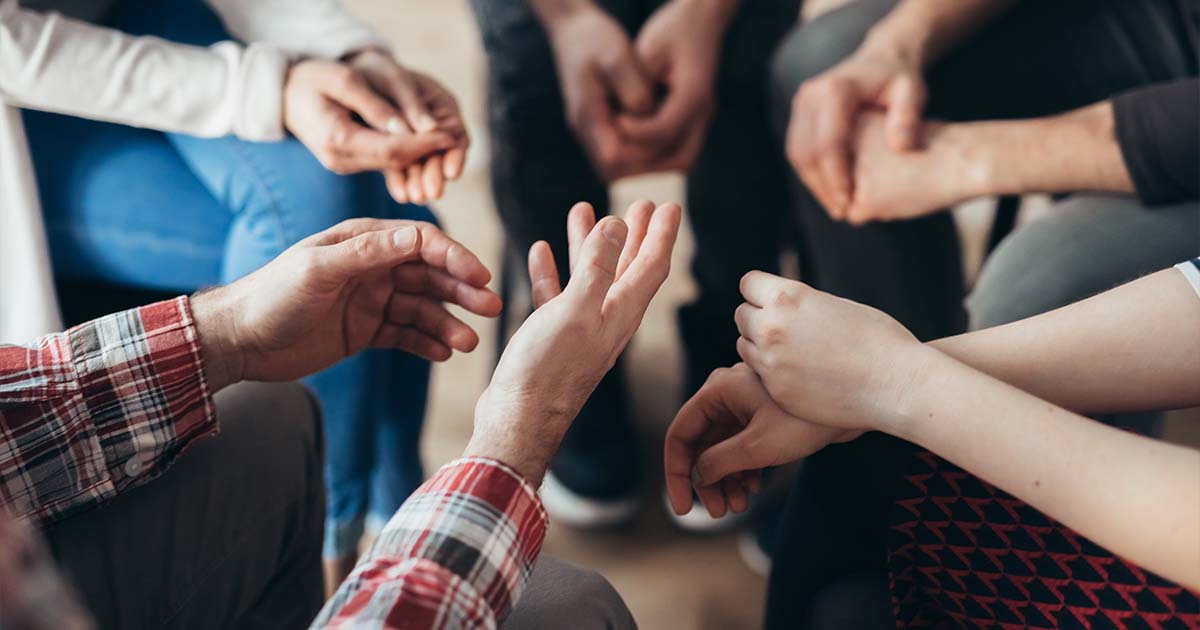 National Public Radio’s This American Life aired Tina Dupuy’s story recently. Tina had a difficult home life and was prone to acting out as a kid. Her parents eventually sent her to a group home. At 13, she went to her first Alcoholics Anonymous meeting. What she heard resonated. People spoke about not being able to control their own bad behavior; about feeling rejected by family and repeatedly getting into legal trouble. By 13, Tina had tried alcohol a few times. But it was in the philosophy — the worldview — of AA that she really saw herself.

And for two decades, she (to use AA’s lingo) “hung in.” For 20 years in AA, Tina learned how to stop pitying herself and to take responsibility. She attended meetings and shared her gritty story openly. But once she was firmly settled in her thirties, with a husband and a steady job, Tina started questioning whether she was actually an alcoholic. So she tried a drink and nothing happened. Now, she says, she’s been drinking occasionally for years, with no addiction.

So what was it about AA that held so much sway over Tina, and for so long? What does her story reveal about what humans need to get along in the world?

Alcoholics Anonymous was founded by Christians in the 1930s. The modern-day organization has distanced itself from those religious roots, but traces remain.

Everyone’s familiar, for example, with AA’s insistence that adherents surrender to a “Higher Power.” The official line today is that this Higher Power can be whatever we want it to be. That the practice remains, especially in our cultural moment, is a sign that AA knows that belief in God has a uniquely powerful and motivating influence on our minds and behaviors.

AA also requires each member to have a sponsor, someone else who is actively recovering from addiction. Apparently, humans benefit from a mentor who is able to “sympathize with our weaknesses.”

AA also teaches members that they need community and accountability, because bad habits thrive in isolation. Tina Dupuy told NPR that what first drew her in was everyone’s nearly obsessive insistence that she “keep coming back.” AA teaches that forgiveness and personal responsibility are paramount. That human beings are capable of terrible behavior even if we don’t mean to be.  In fact, AA has a name for the addict’s real disease: “self-will run riot.”

Christians have a name for that too: sin. We also know it’s an affliction not exclusive to those struggling with substance addiction.

Alcoholics Anonymous may have stopped outwardly acknowledging the God of Abraham, Isaac and Jacob, but His natural laws are woven into every fiber of the organizations’ success stories. That’s fine — the Church is happy to share her playbook. Still, going through the motions without knowing the how and the what for, which are by God’s grace and for His glory is a terrible waste and a tragic case of settling for less.

And even if AA inches right up to the Truth without making the final leap, the group has strengths that many churches might count as weaknesses in their own communities.

Tina Dupuy’s experience with AA was of a group of people obsessively in each other’s business. That culture of unconditional intimacy should exist in more churches.

Church isn’t a place to hang out with friends we’ve carefully chosen based on superficial similarities like cultural tastes, or even age. Church is a place of confession and forgiveness as much as it is for the mild, pleasant feelings we mean to evoke with the word “fellowship.” Jesus doesn’t call us to love the social outcast because social outcasts are all really wonderful people the world has judged wrongly, though that happens a lot. He calls us to love outcasts because He loves them and knows they need community and brotherly love in order to run the race with endurance. Just like we do.

If that kind of intimacy isn’t happening spontaneously in our churches, maybe we should work to create it. AA does. Unconditional intimacy is the natural outgrowth of groups whose members don’t have to be convinced they’re unlovable sometimes, or often. When people walk into an AA meeting, they know they have a problem. That’s why they’re free to be so patient with everyone else. Church can and should be like that, too.