Why C.S. Lewis Remains Compelling - Breakpoint
Help make a bigger worldview possible for Christians around the globe with a year-end gift!
Skip to content 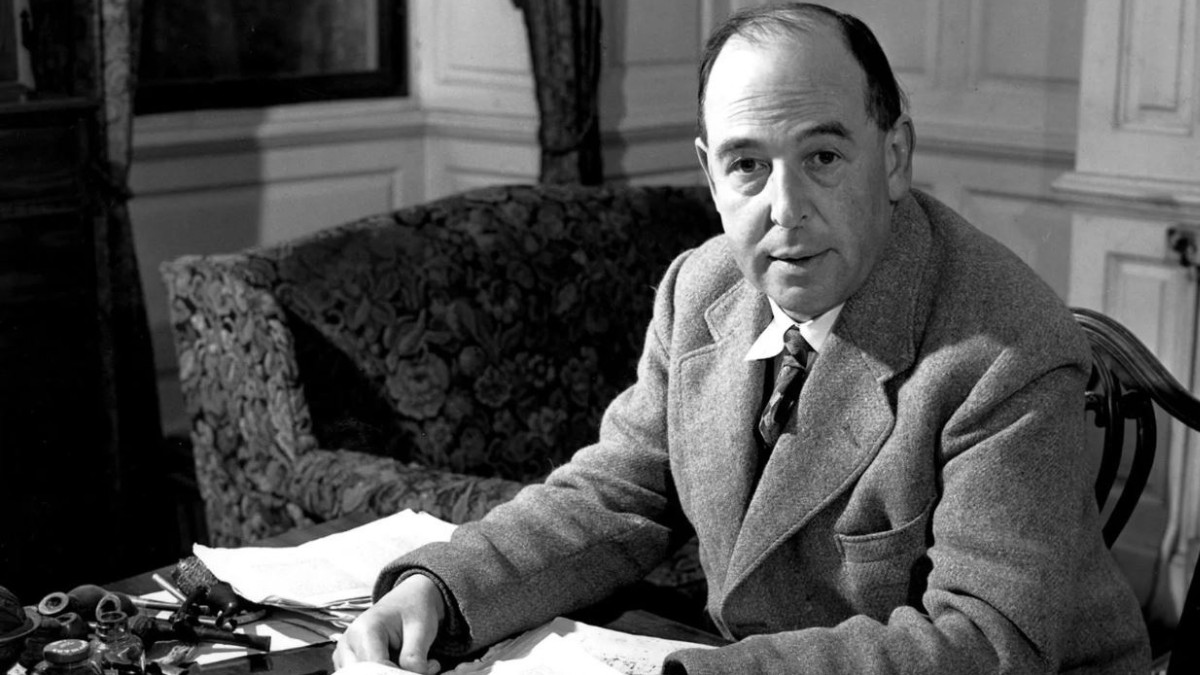 This week marks the anniversary of both the birth (Nov. 29) and the death (Nov. 22) of C.S. Lewis, one of the most remarkable Christians of the last century.

This week marks the anniversary of both the birth (Nov. 29) and the death (Nov. 22) of C.S. Lewis, one of the most remarkable Christians of the last century. Even today, nearly 60 years after his passing, Christians of all denominations, depth, and discernment continue to learn from Lewis about the nature and substance of faith. The value of the wit and wisdom of this unexpected champion of the faith only becomes more obvious as the central message of Christianity, that “Jesus is Lord!”, sounds more and more strange to late-modern ears.

Lewis was uniquely effective at slipping behind even the most compelling defenses of materialism. His writing, which could range from popular to academic, demonstrated his warmth and genuineness, his incisive mind, and his passionate loyalty to truths considered radical today.

As portrayed in the brilliantly done film, The Most Reluctant Convert, Lewis spent his youth meandering through worldviews and fashionable ideas, a process that could fit snugly within our early 21st-century perception of truth as a journey. Yet, he refused to follow that script. After a road filled with twists and turns—a little atheism and agnosticism over here, a period of pantheism and spiritualism over there—Lewis stumbled back to, first, theism, and then, to his great horror, classical Christianity.

In a sense, Lewis embraced the faith of his fathers in spite of himself. As he wrote in God in the Dock, “I didn’t go to religion to make me happy. I always knew a bottle of Port would do that. If you want a religion to make you feel really comfortable, I certainly don’t recommend Christianity.”

Lewis also had a knack for making people feel smart, for taking some of the most complicated concepts imaginable and explaining them in such a way that the reader responds with, “Oh, I already knew that.” Lewis’ brilliance as a writer and his skill as an apologist enabled him to hone the craft of describing deep truths in simple forms. He seemed to instinctively understand that though the eternal truths of God remain as true as ever, we must offer them to our neighbors using today’s terms. And yet, at the same time, we must not alter those truths in order to make them more palatable or believable. Faith, after all, must lift our hearts, minds, and imaginations beyond this world.

His skill in doing that gives his works an almost insidious quality. Just as tens of millions of people in the past decades have unknowingly absorbed huge amounts of a Christian worldview through The Lord of the Rings films, skeptics who pick up Lewis’ books are in immortal danger of Christian infection. His light style and engaging manner keep readers off their guard just long enough for truth to get under their skin. While they think they are reading the words of an unusual Christian who “gets it,” little by little many find that his Christianity is getting them.

One reason Lewis continues to reach so many for Christ is that he refused to treat his religion as religious, as something set apart from “real life.” His fantasy is so luminous because it speaks to the longings we have for truth, goodness, and beauty, and for going, as he put it, “further up and further in” than the paltry myths of our modern age. His prose was keen and his logic clear. But more than clever words and vivid characterizations, the tricks of his trade were part of something bigger, means to the end of pointing his readers to the truth about God, themselves, and the world.

Thankfully, two groups with similar vision and creativity are making it even easier to share Christ through sharing Lewis with the unbelievers in your life. The CS Lewis Doodle YouTube page adds compelling visuals to Lewis’ words and makes them shareable on social media and email. And, of course, Max McLean’s incredible storytelling through the Fellowship for Performing Arts brings Lewis’ ideas to stages, screens, and college campuses all over the country. Their latest performance, Further Up & Further In, picks up where the Most Reluctant Convert leaves off, after his conversion, following his incredible spiritual journey. Learn more at fpatheatre.com.

C.S. Lewis
Christian historical figure
The Chronicles of Narnia
The Most Reluctant Convert