Why The Greatest Gift the Church Can Give Us Right Now Is Forgiveness - Breakpoint
How can we respond to those around us with truth and love? Give today to receive this month's featured resource.
Skip to content 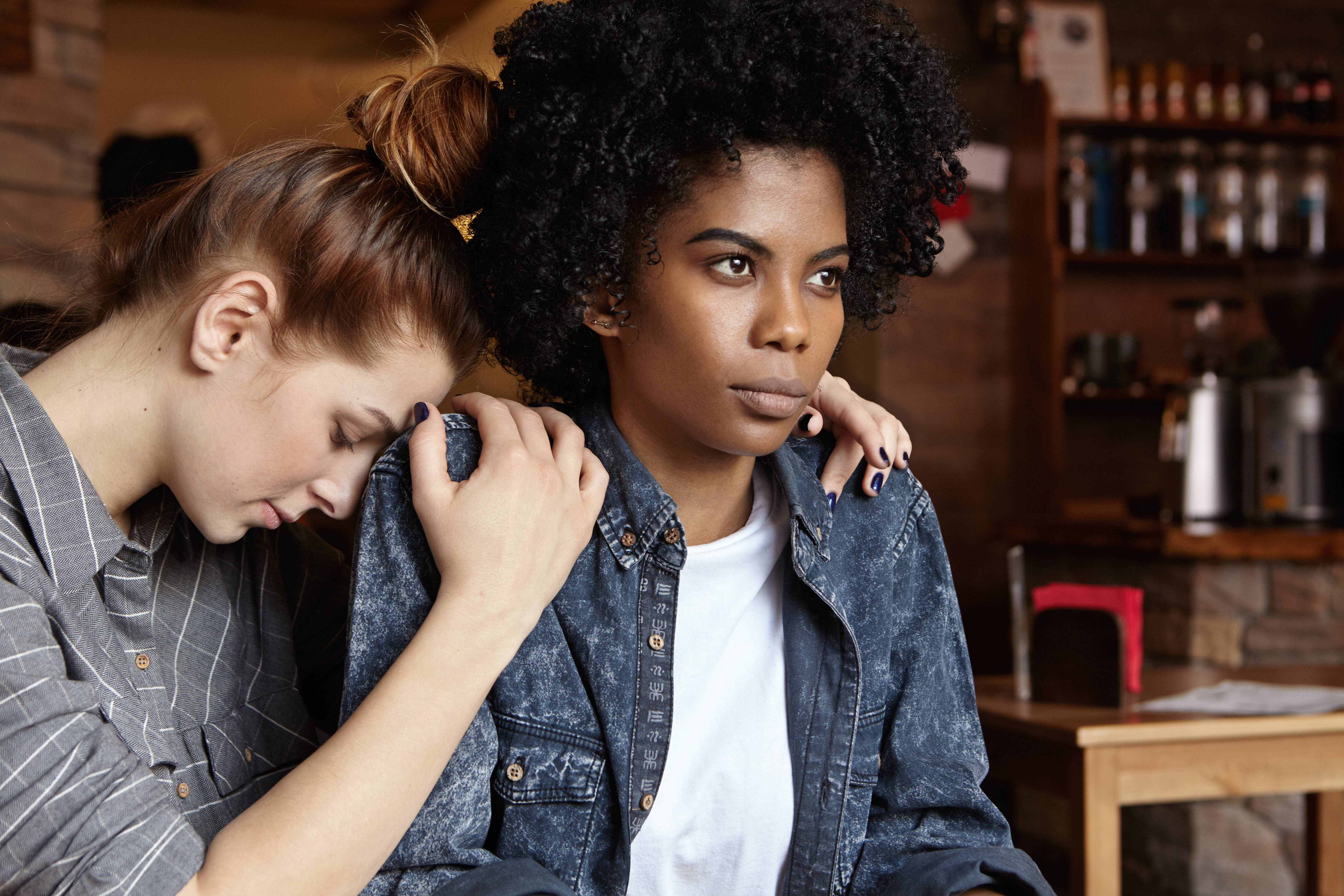 The term cancel culture evokes images of screaming undergrads, deplatformed speakers, fired employees, and demanding protesters. However, the cancel culture ethic doesn’t simply exist “out there” in the larger culture; it has infiltrated our homes. Our dinner tables have become personal social media platforms.

Increasingly, this doesn’t merely take the form of political ideology, it is quite simply a fading ability to forgive. In a recent essay at Comment magazine, Pastor Timothy Keller articulated this current feature of our hyper-politicized atmosphere. Not only is there a race for victimhood status and an inability to find any common ground with people across ideological lines, and not only does this make school board meetings and Thanksgiving dinners more awkward (to say the least), but it has turned us into a society without forgiveness. For example, Keller points to the dramatic shift in tone on issues of race relations since the Civil Rights movement of the 1960s, when leaders like Martin Luther King, Jr. emphasized forgiveness and reconciliation.

This stands in stark contrast to the tone of the modern movement for racial justice that frequently erupts into destructive violence and open antipathy toward fellow Americans.  Opinion pieces are released in major news outlets that increasingly urge black Americans to stop forgiving white Americans altogether. Think of how this advice contrasts with the behavior of the members of Mother Emanuel Church in Charleston, South Carolina a few years ago. Activists now argue that not only has there been a history of white racism, but that all white people are racist; that even whiteness itself is akin to a plague.

Women’s rights advocates have also soured on forgiveness. Keller cites an opinion piece in the New York Times, in which Danielle Berrin argues against forgiving perpetrators of sexual assault. One commenter distilled her message well: Forgiveness is overrated. In fact forgiveness is not only overrated, the argument goes, but it perpetuates further evils such as sexism, abuse, and oppression.

Keller writes, “…[T]he emphasis on guilt and justice is ever more on the rise and the concept of forgiveness seems, especially to the younger generations, increasingly problematic.” In these observations, Keller joins authors like Gregory Jones, Bradley Campbell, and Jason Manning to conclude that what we’re witnessing is nothing less than the birth of a new honor-shame society.

Increasingly it is victimhood status, not God’s mercy or Christ’s imputation, that is seen as the source of our righteousness. As a result, our culture values fragility over strength, and embellishes a constant good-versus-evil conflict, even over the smallest of issues. From elections to Facebook posts to hygiene practices — almost everything takes on the emotional temperature of a religion. It’s especially true with anything that is or can be related to politics.

Absolution for moral guilt was once secured in church. But today our moral status and our identity hang on our credentials as victims. Being oppressed or mistreated brings moral absolution. And the oppressor is left without even the possibility of forgiveness or restoration. “It’s no wonder,” writes Keller, “that this culture quickly becomes littered with enormous numbers of broken and now irreparable relationships.”

It’s as if there is a race to hold the most grudges and grievances, to be the people most wronged, and therefore the people with the greatest moral authority. But as Christians who have been forgiven much, we should be among the first and especially the quickest to forgive. Instead, too many of us have absorbed the very worst habits of cancel culture — withholding forgiveness ourselves, refusing to extend any dignity or respect to someone who is a political or ideological opponent, and writing others off completely for infractions of any kind.

This is not the Christian way of doing life together. This is not the way of life and birth in Christianity that brought about the best of the modern world. Cultivating habits of forgiveness will not only reorient our priorities to the core truths of the Gospel, but it will also awaken and re-awaken us to the common good.

As figures like Hannah Arendt, Martin Luther King, Jr., and Desmond Tutu have attested, forgiveness of the gravest of evils can end the otherwise perpetual cycle of grievance and revenge. When we let go of wrongs, both perceived and real, we acknowledge the reality of Divine justice. When we surrender these matters into God’s hands, we demonstrate that He is the One who will “square all accounts” in the end, as Keller puts it.

Even more, extending forgiveness tacitly acknowledges that we, too, are in need of forgiveness. The Psalmist put it this way: “If you, O Lord, should mark iniquities, O Lord, who could stand? But with you there is forgiveness.” A world without forgiveness is simply an awful prospect. The only way forward in our increasingly vindictive age is for Christians to offer this very good gift that we’ve received from God as a gift to the larger world. If we don’t, there’s simply no other source for it. And guilt and grievance will consume our culture — and our family gatherings.

The Fading of Forgiveness