The Rise of Transhumanism: Emerging Worldviews 11 - BreakPoint
Skip to content 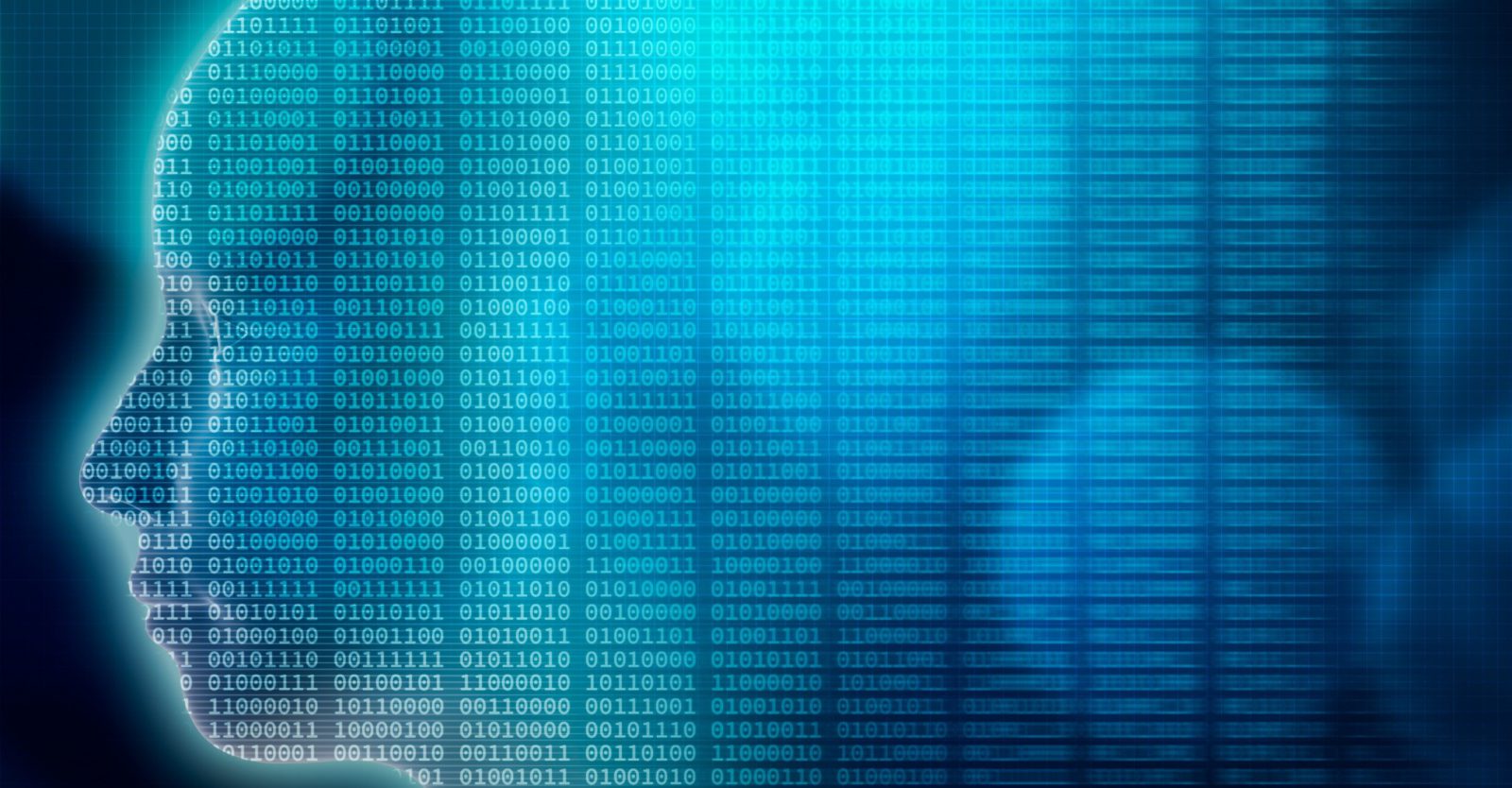 
The Rise of Transhumanism: Emerging Worldviews 11

In the previous article, we looked at technologies that have been or might eventually be developed to repair, restore, or enhance physical abilities, whether through genetic engineering or prosthetics. Although some fall into the realm of science fiction today, they provide a good starting point to examine the world and worldview of Transhumanism.

Transhumanism, usually abbreviated as H+, is dedicated to developing and propagating technologies to expand our intellectual or physical capabilities to such an extent that we become qualitatively different beings from what we are now, making us posthuman.

The Roots of Transhumanism

Transhumanism’s goals—transcending human limitations and, in some versions, attaining immortality—are as old as the Epic of Gilgamesh. Although Transhumanists would bristle at the suggestion, alchemy’s search for the Philosopher’s Stone which can produce the Elixir of Immortality (symbolic of the quest to perfect the soul) is the most direct historical parallel to modern Transhumanist ideas.

Philosophically, Transhumanists reject the mysticism of alchemy. Their actual roots lie in the Enlightenment and in post-Enlightenment rationalism and modern science. Enlightenment thinkers in the late eighteenth century speculated about finding a means to attain physical immortality. As modern medicine and our understanding of biology developed, physicians and others sought ways to extend or preserve life, a quest reflected in Mary Shelley’s Frankenstein.

Along with preserving life, some thinkers began to look for ways to improve the species. In 1923, British geneticist J. B. S. Haldane argued that we should apply everything we knew about science to that end.  Like many other progressive thinkers of the period, he unapologetically advocated eugenics. His work inspired others to speculate on using bionic implants and other technologies to produce radical changes in our bodies necessary for space exploration.

Transhumanism’s goals—transcending human limitations and, in some versions, attaining immortality—are as old as the Epic of Gilgamesh. Although Transhumanists would bristle at the suggestion, alchemy’s search for the Philosopher’s Stone which can produce the Elixir of Immortality (symbolic of the quest to perfect the soul) is the most direct historical parallel to modern Transhumanist ideas.

Biologist Julian Huxley is generally considered the father of the modern Transhumanist movement. He used the term “transhumanism,” which he borrowed from Canadian philosopher W. D. Lighthall, in an influential paper published in 1957. Huxley’s argument in this paper is that we should develop technologies which will enable us to transcend ourselves and eliminate the limitations and frustrations of human existence, and that we should do this not simply for individuals, but for the species as whole.

If Transhumanism sounds like science fiction, it is because many of its ideas came from there, and because Huxley’s essay became the inspiration for many of the most important works of science fiction in the 1960s and beyond.

Along with science fiction, the 1960s saw several important developments in Transhumanist thought. In 1965, British cryptologist I. J. Gould posited the eventual arrival of the technological singularity, the point at which human beings would create an intelligent machine, which would begin an ever-accelerating process of upgrading itself until it reached the point of superintelligence far beyond human capacity. This “intelligence explosion” will change the world as we know it in unpredictable ways, arguably bringing the human era to an end.

Another important development in the 1960s involved F. M. Estfandiary, who was one of the first professors of futurology. He taught at the New School in New York, an institution heavily influenced by the Frankfurt School and thus in the ideas later identified as Cultural Marxism. Estfandiary envisioned a posthuman future and defined as Transhuman anyone who adopted technologies or lifestyles that would lead to the transition to posthumanity.

Although he endorsed the idea of universal progress, in some ways he held a radically individualistic notion of identity. He believed that our conventional names trapped us in tribalism by their connection with nationality, ancestry, gender, etc. These locked us in to the dominant worldview and led to stereotyping, bigotry, and discrimination. In other words, our very names freeze us into a static view of ourselves based on our past and are tools of oppression based on a collectivist notion of our identities. As a result, in the 1970s he changed his name to FM-2030, 2030 being the year in which he would turn 100 and which he expected to be “a magical time” when we will have become physically immortal posthumans.

It took some time for Transhumanists to develop institutions to promote and spread their ideas. The first group that identified themselves as Transhumanists (including FM-2030) met in the early ‘80s at UCLA, which became a center for Transhumanist thought. In 1986, Eric Drexler’s Engines of Creation introduced nanotechnology to the Transhumanist world, giving the movement a new area of hope and research for the transformation of humanity. Drexler founded the Foresight Institute to prepare the way for nanotechnology. Other new non-profit institutes were set up starting in the 1980s to promote Transhumanist ideas, including various life extension technologies such as cryonics.

Again, these strange words seem all too much to come from the realms of Sci-Fi or some fringe group of dreamers, but we have to remember that many of yesterday’s technological and philosophical realities were once outliers themselves. All of these strains of Transhumanism carry with them critical assumptions about metaphysics, epistemology, and the nature of humanity, and raise profound ethical questions.

Transhumanism takes a variety of overlapping forms united around a common commitment to use science and technology to improve human intellect and/or physiology. Many, though not all, are committed to Posthumanism; others focus on artificial intelligence and its implications for human life. All of them raise important worldview questions, though not always the same ones.

One early form of Transhumanism was Extropianism. The name comes from the neologism extropy, a word intended to convey the reversal of entropy. Its focus is on using science, technology, and reason to take control of human evolution through life extension technologies, uploading our minds into computers, etc. An optimistic philosophy, Extropianism expected to extend human lifespans indefinitely and to recover and heal people frozen cryogenically.

Extropianism connects to a broader movement known as Immortalism. This stream of Transhumanism believes that technological immortality is possible and desirable, and that we should devote research to bringing it about.

Singularitarianism is sometimes a form of Immortalism. This believes that the technological singularity (i.e. the development of superintelligent machines) is possible, and that this presents a great opportunity but also potential danger. It thus advocates taking careful steps to ensure that the singularity happens in a safe and responsible way. Some Singularitarians believe that the singularity will enable us to upload our minds as a way of achieving cognitive immortality. A less extreme version suggests that we will be able to seamlessly connect our minds into artificial intelligence to expand human capabilities and thinking.

Moving in a different direction, Postgenderism is a social theory that looks for the voluntary elimination of gender in the human species. Instead of sexual reproduction, we would use reproductive technologies to produce the children we want or need. This is the Transhumanist dimension of the ideologies emerging from the Sexual Revolution and fits conveniently into the LGBTQ program.

Technogaianism, an environmental philosophy that advocates technology and social engineering as the path to sustainable development, includes a transhumanist component. Rather than focusing on human enhancement or life extension, Technogaians advocate using genetic engineering and biotechnology to reduce human impact on the environment.

Again, these strange words seem all too much to come from the realms of Sci-Fi or some fringe group of dreamers, but we have to remember that many of yesterday’s technological and philosophical realities were once outliers themselves. All of these strains of Transhumanism carry with them critical assumptions about metaphysics, epistemology, and the nature of humanity, and raise profound ethical questions. We will explore these in more detail in the next article.

Glenn Sunshine, PhD, is a Senior Fellow with the Colson Center for Christian Worldview and professor of history at Central Connecticut State University.