A Christian View of Suffering - BreakPoint
Skip to content 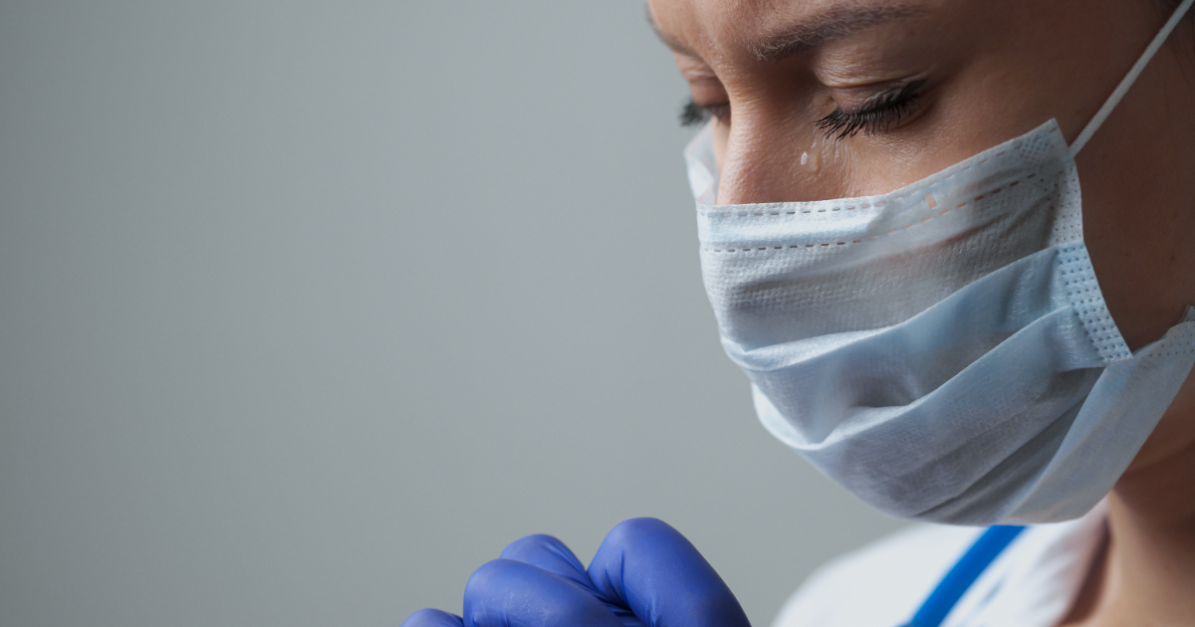 
A Christian View of Suffering

Worldview Lessons from the Coronavirus Part 6

In the whirlwind of moral balancing as the globe reacts to Coronavirus, we face pressing questions, from if and how to triage patients in the face of limited medical supplies, to how long we ought hobble the economy to curb the spread of the disease.

These immediate questions are essential, but there are others, too: eternal and existential questions endemic to our humanity that tend to emerge in times like these. Why are we suffering? How can we deal with suffering? What does suffering mean?

At this time, as the world deals with the spread of the Coronavirus, Christians have an opportunity to share one of our faith’s most unique pillars: Suffering is shocking, but it’s meaningful. Suffering is viewed quite differently within other religions, and it’s important to know that difference since every religion and every worldview must explain the world as it is.

A fundamental premise of Buddhism, for example, is that life is suffering. As creatures of desire, we attach ourselves and tend to cling to things such as stuff, health, youth, love, and even life itself. Thus, in Buddhism, we are only delivered from suffering by ridding ourselves of the attachments of our desire.

Not only does such a view deny any real distinction between what’s good and what’s bad—such as health and sickness, love and loneliness, or even life and death—it necessarily denies two things Christianity affirms: The goodness of creation and the possibility that the creation will be, as St. Paul put it, set free from corruption.

While many Westerners play around with a sort of pop-Buddhism, the secular view of suffering is far more common here. In this view, suffering is real, and we certainly don’t like it, but we don’t really have the worldview foundation to make sense of it. Suffering interrupts our pleasure and happiness, but in a world without purpose or design, we can’t really say that’s wrong or bad or that it shouldn’t be.

We believe, as those with the most resources in human history to avoid sickness and disaster and certain sufferings, that we somehow have a right not to suffer or, for that matter, to feel dissatisfaction or distress of any kind. But why would that be so, if the world is, as Richard Dawkins once put it, a place of “blind, pitiless indifference” and we are, as he also put it, merely “dancing to our DNA”?

As Dr. John Lennox pointed out on a recent BreakPoint Podcast, suffering is utterly meaningless for a true atheist. It’s not good. It’s not bad. It’s just there.

What about Christianity? Unlike Buddhism, Christianity doesn’t deny the objective goodness of the world, the objective nature of our suffering, nor the objective potential of restoration. St. Paul, in 1 Corinthians 15, called death “the last enemy,” which will be destroyed at Christ’s return.

The author of Hebrews called the fear of death the means by which Satan enslaves men. And, most of all, Jesus seemed to identify with human suffering as something He literally felt in His guts. He entered the suffering of others, such as the mourning sisters of Lazarus in John 11, and He prayed to avoid suffering Himself in the Garden of Gethsemane.

The Bible is clear, as is the example of Jesus, that suffering is bad and avoiding it isn’t possible. At the same time, suffering is not seen as meaningless (unlike in secularism). On both the personal and cosmic levels, suffering points to the realities of higher truths and greater goods but is ultimately not the story of creation.

The One through whom all things were made drank from the same cup of suffering and death as all of us. The author of Hebrews says that He “tasted death for everyone.” And yet, rising from the grave three days later, Christ shows us that while suffering and death are real, they do not have the last word.

As John Lennox writes in his marvelous new book “Where Is God in a Coronavirus World?” a Christian “is not a person who has solved the problem of suffering, but one who has come to love and trust the God who has suffered for them.” Christianity teaches neither resignation to suffering nor detachment from the world. Christianity neither denies the realities of suffering nor gives it more than its due. And so, Christianity alone offers a basis for hope, a true and firm “anchor for the soul.”

We’ve compiled a set of resources offering a Christian view of suffering and hope, including the recent BreakPoint Podcast interview with Dr. John Lennox. We’ll also send you his outstanding new book, “Where Is God in a Coronavirus World,” with a gift of any amount to BreakPoint and the Colson Center this month. And you can see the video of a recent Facebook Live presentation by my friend and mentor, Dr. Bill Brown, on “How Can a Good God Allow Suffering?”

Claim a copy of “Where Is God in a Coronavirus World?”

An Interview with Dr. John Lennox: “Where is God in a Coronavirus World?”

How Can a Good God Allow Suffering?