A Letter to ‘Cancel-Culture’ - Breakpoint
Give today to learn what it means to be a thoughtful Christian!
Skip to content 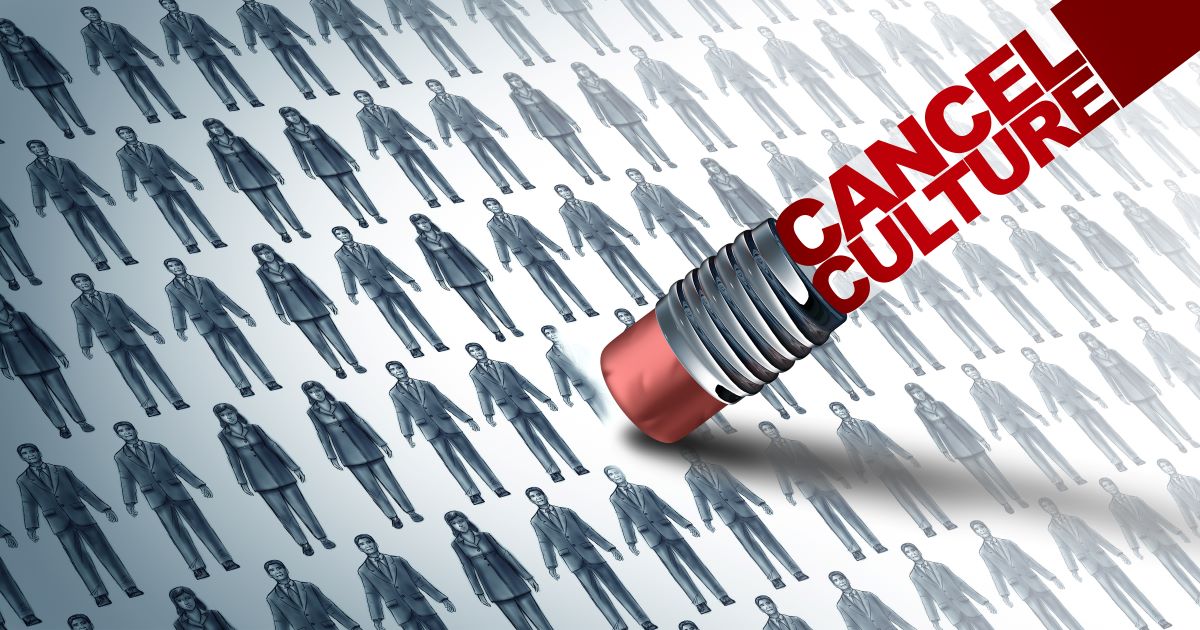 
A Letter to ‘Cancel-Culture’

To do or to say something insufficiently progressive these days risks the wrath of what’s being called “cancel-culture.” A mostly young and mostly online gaggle of so-called “social justice warriors” will attempt to silence anyone they deem to hold views sufficiently problematic or insufficiently “woke.”

So far, the list of cancel-culture’s casualties includes editors who publish controversial op-eds, campus speakers whose views were labeled “unsafe,” professors who quote from egregious classical literature, and researchers who published their politically incorrect findings.

Though those behind cancel-culture would be on the far-left side of the ideological and political spectrum, the effect of what they are doing is the very opposite of liberal. Free speech and open debate, long-claimed values of classic liberalism, are stifled, not by a political oppression that so many feared, but by mob-like tactics.

On Tuesday, a number of high-profile thinkers (153 to be exact), many of whom would sit on the left of the spectrum, expressed their collective concern over cancel-culture. In a letter published by Harper’s Magazine, this group of authors, journalists, academics, and artists warn of cancel-culture’s “intolerant climate” and reaffirm the value of open and civil debate.

The letter condemns “intolerance of opposing views,” the far left’s “vogue for public shaming and ostracism,” and its “tendency to dissolve complex policy issues in a blinding moral certainty.”

Of all of the signatories, J.K. Rowling, knows this tendency firsthand. This longtime progressive superstar has faced an avalanche of accusations and criticisms, and a campaign to cancel her work. The reason? She fears that radical transgender ideology threatens the existence and protection of women, and she’s been willing to express these very feminist views out loud.

The letter insists that the kind of tactics being turned on Rowling and others cannot sustain a free or democratic society: “The way to defeat bad ideas is by exposure, argument, and persuasion, not by trying to silence or wish them away. We refuse any false choice between justice and freedom, which cannot exist without each other.”

Other than a few strange and unrelated swipes at the “radical right” and, of course, Donald Trump, the primary message of the letter was clear and unmistakable: discourse on the left has gone off the rails, and the only way to reclaim sanity is by insisting on and allowing open and civil debate.

One staffer at left-leaning Media Matters called the signatories “totalitarians in the waiting,” and accused them of wanting their younger counterparts to “sit down” and “shut up.” A writer at Vox, who identifies as transgender, after learning a colleague had signed the letter, immediately complained to their mutual employer in an effort to get this coworker fired.

Already, two signatories have removed their names from the letter. One, a New York Times opinion writer, apologized profusely, saying she read it too quickly and didn’t know who else had signed it. Reading her tweets, you can almost hear her begging: Please don’t take my job.

On one hand, it’s ironic that so many of the signatories of this letter have refused to be open and tolerant when it comes so many conservative views, especially about marriage, religious freedom, and abortion. Many would not allow a debate on the morality of abortion, for example, and would consider traditional view on marriage and sexuality “beyond the pale” for a civilized society. On the other hand, as they have certainly discovered by now, it took real courage to stand up to the ever-accelerating freight train of political correctness, even if they had a hand in getting that train moving in the first place.

If we hope to see free speech and open debate restored, and an end to cancel-culture, we will need to have the discussion this letter asks for, but it will require including views that many of the signers have a difficult time tolerating. It will also require revisiting where these classically “liberal” values of free speech and open debate came from in the first place. As a long list of authors and historians have demonstrated, from Os Guinness to Rodney Stark to Tom Holland to Vishal Mangalwadi, they aren’t products of secular thought. Instead, they are among the gifts that only Christianity gave to the world.

A Letter on Justice and Open Debate

Tertullian and the Rise of Religious Freedom