Answering Abortion Assertions: Embryos Aren't People - Breakpoint
Give today to learn what it means to be a thoughtful Christian!
Skip to content 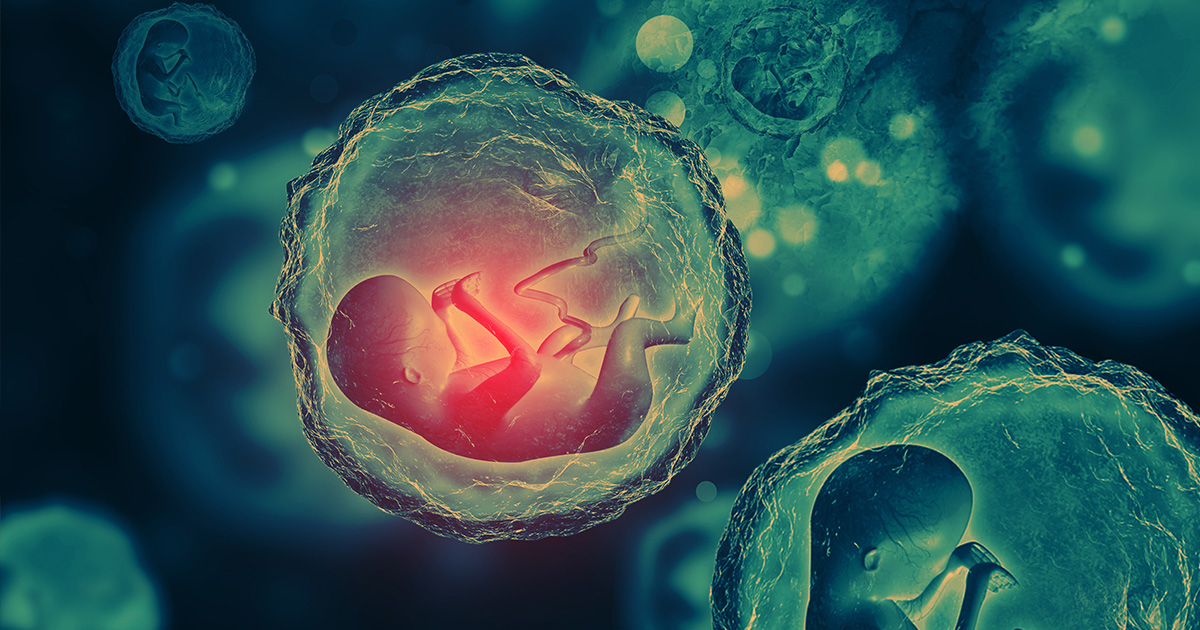 Human rights are grounded in being a member of the human family, not how we currently function, how developed we are, or how old we are.

Recently, we held a public event on the evening before our annual Wilberforce Weekend to talk about how we can prepare to live in a post-Roe world. A very important aspect of that event was learning how we can respond to the common slogans, the common lines that people often throw around in support of abortion. We asked Stephanie Gray Connors, one of the great apologists for the sanctity of life in our present moment to address some of these slogans.

Embryos aren’t people. And when we want to respond to that, the first thing we want to do is ask the question, “What our embryos? And what are people?” Let’s seek definitions of those two terms.

If you look at the word embryo—you actually look it up in the dictionary—it says an animal in the early stages of growth. And I would like to point out as a pro-lifer, I do not believe in protecting all embryos. Dogs have embryos. Cats have embryos. Other species have embryos because the embryo is the animal in the early stage of development. The embryos that I’m interested in protecting are the human embryos that happened to be at the earliest stage of their development. The question is “Are pre-born children human embryos at the very beginning of pregnancy?” And to answer that we have to ask, “Is the pregnant woman human?” Yes. “Is her partner human?” Yes. Then, that means the embryo in the pregnant woman’s body must be of the same species.

The next question we want to put forward in such a conversation is “Is that embryo that we know is human because the parents are human—is the embryo alive?” And to answer that we ask ourselves, “Is the embryo growing?” And scientifically we know that one cell grows into 2, 4, 8, doubling every time. And so by virtue of the embryo’s growth, the embryo must be alive. By virtue of having human parents, the embryo must be human.

“What are people?” Well, if you ask an abortion supporter that, they’ll say a person is someone who’s rational, conscious, and self-aware, and an embryo at the beginning of pregnancy might be human but isn’t those things. I have a nine-month-old baby. Yes, she interacts with me to a degree, but let me tell you she does not act rational, conscious, or self-aware very often. I even have to get boogers out of her nose for her. She is entirely incapable of doing many things. “Is she a person?” Yes, because she’s human, because she’s a member of the human family, and she has the inherent capacity to be rational, conscious, and self-aware like all of us. But due to her age, she can’t yet act on that capacity.

In the same way if someone is having surgery under anesthetic, in that moment they’re not rational, conscious, and self-aware. If you have a conversation or try to with someone under anesthetic, they will not respond back. If you say, “May I kill you?” They will not object. It doesn’t mean it’s okay to kill them because they have the inherent capacity to be rational, conscious, and self-aware. But due to the circumstances of surgery, they can’t act on it. In the same way with a born baby, like a nine-month-old, they have the inherent capacity for this higher brain function. But due to their age, they can’t act on it. And the same is true for human embryos. They have the inherent capacities as all of us have. But due to their age, they can’t yet act on those capacities.

That was Stephanie Gray Connors, answering a common pro-abortion statement, “embryos aren’t people.” And at last week’s pre-Wilberforce event, preparing for a post-Roe future, Stephanie answered three more slogans, just like that one. To receive access to the entire evening event, Preparing for a Post-Roe World, come to breakpoint.org.

For more information on the post-Roe event visit: www.wilberforceweekend.org