Are Humans Still Special in a World of Thinking Machines? A Conversation with Jason Thacker - BreakPoint
Skip to content 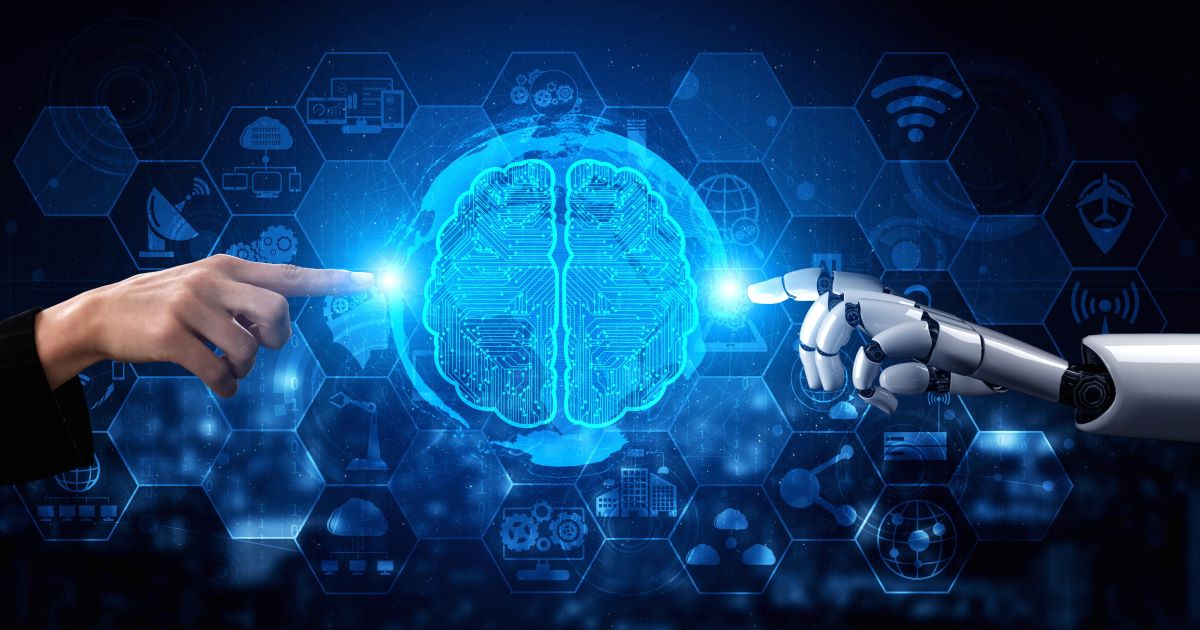 
Are Humans Still Special in a World of Thinking Machines? A Conversation with Jason Thacker

What are Christians to make of Artificial Intelligence? Is this a good thing? A bad thing? A somewhere in-between thing? What does it mean for us as human beings? If we’re special because we’re smart, what happens when a computer becomes smarter?

Whether we want to think about it or not, we’re going to be dealing with just these sorts of questions. There are too many appealing prospects for thinking machines to stem the advance in their direction by our techno-gurus. What do we have a choice about is whether to do the hard work of thinking about it now or waiting until it’s all upon us.

Shane Morris recently talked with someone who’s started this thinking-through even now. Jason Thacker is an associate research fellow at the Ethics and Religious Liberty Commission and author of The Age of AI: Artificial Intelligence and the Future of Humanity.

Below is an edited excerpt from that talk, or you can listen to their entire conversation.

I think often that when I talk about AI most people start with a kind of apathetic view. They think that it’s kind of at arm’s length. It’s this futuristic type of thing they don’t interact with every single day. So they don’t really have to give any thought to or kind of any ethical reflections about it.

Or then there are the people who are very fearful. They hear about AI, see these news articles and videos about these killer robots.  Or maybe it’s robots that are about to automate and take all of our jobs. Even in the midst of a pandemic, you hear a lot about how AI is being used in research and development, and how it’s really ushering in the future.

For a lot of us, we live with this apathy or this fear. But what AI is doing is asking a lot of age-old questions. They’re not actually posing new questions to us as humanity but really reviving a lot of the existential questions. “What does it mean to be human?”

I think as Christians, anytime we encounter an ethical or social issue, we need to start with some of those foundational questions about who is God? If there is a God, what is He like? What does it mean to be human? What is technology? What’s the role of technology?

I do believe that AI and emerging technologies present one of the greatest challenges to human dignity in our lifetime. This is because AI is not just a separate issue, but it’s actually tied in to almost everything we do and deal with these days.

I like to talk a little bit about the image of God, kind of explaining it because I think a lot of people, when they hear about human dignity or image of God, they’re like, “Yeah, that’s true, but what does it mean?” Well, what it means is that that’s how God has created us, unique and distinct from the rest of creation. In six days, He created everything we know. But on that sixth day, when He created man, He created them like Him. That’s why Genesis 1:26 and 27 it’s, “Let us make man in our image after our likeness.” This is talking about the Trinity, the Godhead creating man like Him.

There are immense implications for that in being distinct and unique, but also being given jobs to do, even before the Fall. Often when we think of work, we kind of think of the old 9:00 to 5:00, something that we have to do. We have to pay the bills. We have to take care of our family. But it’s actually something that’s intrinsic to who we are, as created in God’s image as His image bearers. And that is to work. Early on, even before the Fall, we see that mandate to “work the ground,” to keep the ground, to have jobs and responsibilities.

That’s where I get into those three views. There’s the substantive view, that’s the traditional view of the Church historically, this idea that what sets us apart from the rest of creation is our intellect, our reason, our abilities, our ability to think and to have intelligence. Then, you have the relational view, that we’re able to relate to God, and to relate to others, and having relationships and companionship.

Then third is the functional view, it’s also known as the vice-regency view, to get into deep theological terms, but essentially it means that we are God’s representatives on this Earth, that we are to functionally represent Him and His dominion, and kind of how we rule over this world, caring for creation, and caring for the planet, caring for one another as fellow image bearers.

I think that historically, we didn’t have anything challenging our view of the image of God as our reason, our intellect as one of the defining characteristics of humanity. Think how our dog exhibits certain levels of intelligence, but nowhere near that of a human being.

But what happens if we’re able to create something like a machine or a computer that is able to exhibit higher levels of intellect? We’re still talking about machines that are called narrow AI, but even a narrow AI, a single algorithm can outperform a human being in a very specific task, processing data faster, quicker, maybe even with better results. Having that ability then can kind of challenge a lot of these materialistic or naturalistic worldviews that drive so much of our modern secular society.

What I mean by that is this idea that there is no God, that there is just material, the idea saying that everything we know and everything that exists just came up from the muck. It was just this kind of evolutionary theory. Not all evolutionists are materialists, but all materialists are evolutionists. So you get into this distinction of these worldviews that are informing so much of the science, and the arts, and the humanities, and specifically technology and its development.

As Christians, we can come to these things knowing that God not only exists, that He has spoken, but also that He’s created us in His image. Technology is a good gift that God has given us. But as His image bearers, as His representatives on this Earth, we’re called to wield these tools with wisdom.