‘Born This Way’ Is Old Science - BreakPoint
Skip to content 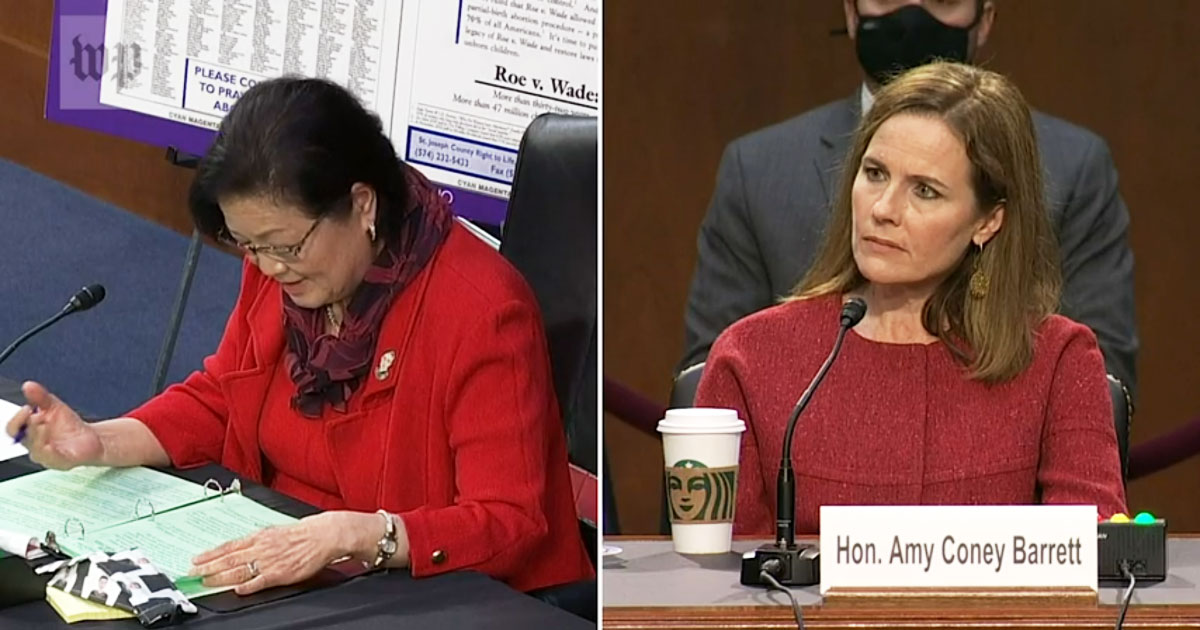 
‘Born This Way’ Is Old Science

Judge Barrett and the Truth about Sexual Orientation

During the confirmation hearings for Judge Amy Coney Barrett, Senator Mazie Hirono of Hawaii expressed outrage and shock that the nominee used the term “sexual preference” instead of “sexual orientation.” “Sexual preference,” announced Senator Hirono, “is an offensive and outdated term…used by anti-LGBTQ activists to suggest that sexual orientation is a choice—it is not.”

After the exchange, Merriam-Webster which, like most Americans had not gotten the memo with these new linguistic absolutes, quickly changed the definition of sexual “preference” in its online dictionary to indicate that this wording is now offensive. Who knew?

Beyond the Orwellianism of changing the dictionary to support political claims, it seems that Senator Hirono is the one who is actually behind the times on the whole sexual orientation vs. sexual preference issue.

According to Dr. Glenn Stanton, in an outstanding new article at Public Discourse, “Judge Barrett’s terminology is actually more in line with the latest thinking of leading gender scholars.” For example, Professor Sari van Anders at Canada’s Queen’s University has stated that “sexual orientation as a term is increasingly seen as regressive,” because it “belongs to the biossentialist project.”

Translating to English, the word orientation suggests that sexuality is hard-wired and, according to Professor Anders, that’s just not the consensus anymore among her peers. Though the whole “born this way” claim was once a useful slogan to advance gay rights, it no longer serves the goals of the LGBTQ movement.

Years ago, for instance, two scholars at the University of California Los Angeles questioned the concept of sexual orientation for women, suggesting instead that “Women’s sexuality and orientation are potentially fluid, changeable over time, and variable across social contexts.” Other social scientists cited by Stanton call for a “paradigm shift” in how female sexuality is studied and described, and plenty of surveys frequently indicate that most self-identified lesbians have relationships with men at some point.

There’s also a more obvious problem with the idea of a fixed orientation in the very initials of the acronym, especially the B, the T, and the Q of “LGBTQ.” As political commentator Douglas Murray (who identifies as gay) writes, “bisexuals continue to be viewed…as some kind of betrayal from within [the gay community’s] midst. Gay men tend to believe that men who claim to be ‘Bi’ are in fact gays in some form of denial…”

Yet, according to a Pew Research report from last summer, bisexuals account for almost half of LGBTQ adults in the US. In fact, the authors of a new book published by Harvard University Press think that male bisexuals or those who call themselves “mostly straight” vastly outnumber exclusively gay men. Thus, they conclude the old system of “gay, straight, or bi” has, as Stanton puts it, “outgrown its usefulness.”

An even bigger challenge than the B to the “born this way” dogma is the T. Gay rights and marriage were sold to us on the premise that homosexuality is hard-wired, perhaps even genetic, like race. Anyone claiming transgender as an identity, however, does so in spite of physical and genetic realities, not because of them. And the “Q,” which usually stands for “questioning,” continues to evolve in meaning and practice to include having more and more sexual preferences as an identity.

One wonders whether Senator Hirono would feel compelled to lecture the various social scientists Stanton cites in the article, for arguing that “orientation” is, in fact, the wrong concept. My suspicion is she wouldn’t. In fact, my suspicion is that Senator Hirono was fed this talking point by an aide checking Twitter and saw it as an opportunity to tar and feather Judge Barrett as a bigot.

What is ultimately revealed by the Senator’s political posturing and woke language-policing, however, is crucially important to know. Phrases such as “sexual orientation” or “sexual preference” (or whatever the latest nomenclature becomes) are made-up terms. They don’t describe reality. They advance the idea, one that has revolutionized so much of our culture and politics, that our sexual attractions and urges define or determine who we are.

Sexual Orientation Is Not What You Think It Is