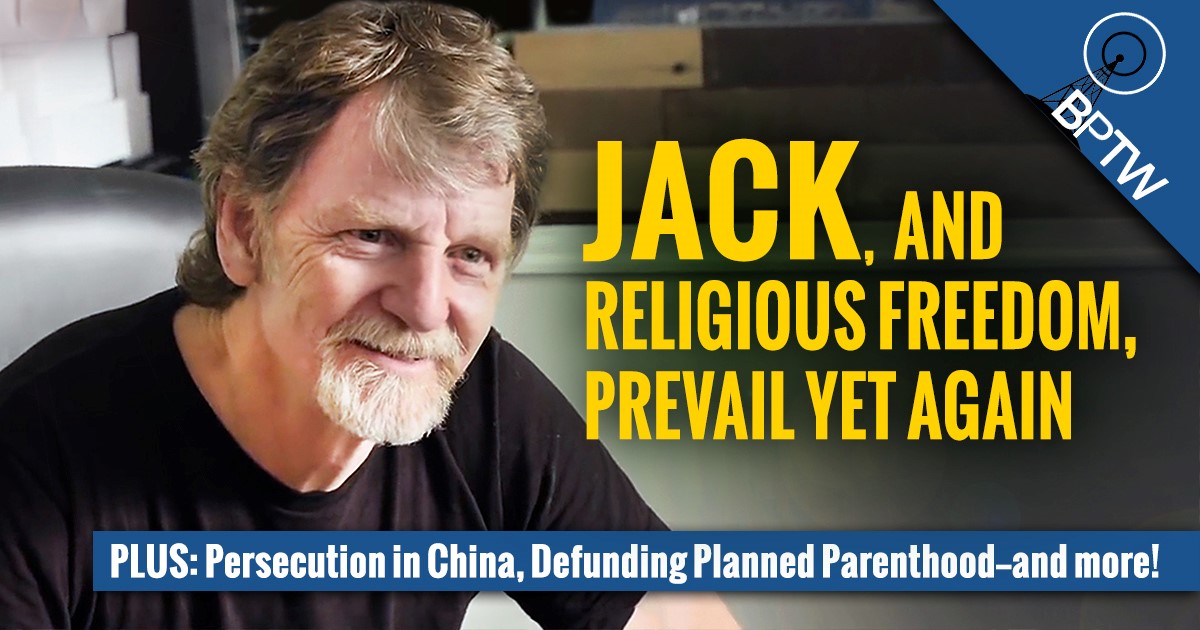 Warren Cole Smith and Shane Morris (sitting in this week for John Stonestreet) discuss yet another victory for Jack Phillips and religious freedom. After additional members of the Colorado Civil Rights Commission had yet again (despite the Supreme Court’s admonition) expressed contempt for Phillips’ religious beliefs, the Commission wisely dropped its case.

Warren and Shane go on to cover a wide range of news from the week: China’s stepped up persecution of Christians, the new Trump Administration rules that will strip funds from Planned Parenthood and other abortion providers, several airlines adopting a new “gender choice” for passengers, a male high school wrestler who forfeited a match instead of wrestling a girl, and the soon-to-be released movie “Unplanned” receiving an R-rating for depicting the violence of abortion.