BreakPoint: CNN’s “Redemption Project” - BreakPoint
Join us in helping to equip and renew the Church with a Christian worldview by giving before our fiscal-year ends!
Skip to content 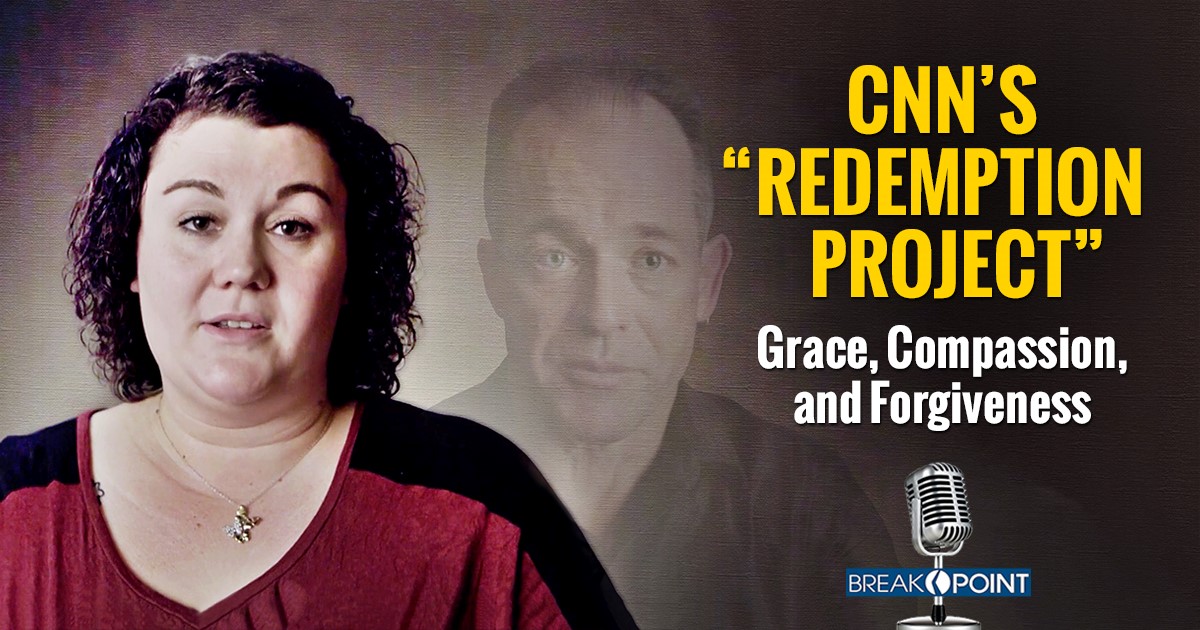 What is Restorative Justice? “Restorative justice seeks to heal the harm caused by crime. Instead of focusing on retribution, it focuses on rehabilitation. At its core, it is a process that offers both victims and those who caused harm an opportunity to seek answers and accountability to begin to repair the damage caused by crime.” You might be thinking that I just read a passage from one of Chuck Colson’s books. Chuck devoted many years to promoting this biblically based approach to justice. But that description of restorative justice, believe it or not, comes from CNN.com, specifically from a promo page for a new series called “The Redemption Project.” In each episode, survivors of violent crime or the deceased victims’ loved ones come face to face with the very people who victimized them. The Redemption Project is the brainchild of CNN commentator Van Jones, who hosts the series. You most likely know Jones as a very left-of center social justice warrior. But, before you switch off the radio, you should know that Jones was raised in the Christian Methodist Episcopal Church, and, having “briefly turned away” from Christianity, has once again embraced his faith. Jones launched this new series in response to our increasingly toxic culture. As he explained in one interview, “I feel we are losing the capacity as a culture for grace, compassion, and forgiveness.”  So he set out to film a series that depicts grace, compassion, and forgiveness in the most unlikely and trying of circumstances. Take the case of Mariah Lucas. When she was just 15 months old, Jason Wayne Clark murdered her mother in cold blood, stabbing her to death as she sat in her car. Mariah’s family never recovered. Her dad fell apart and eventually ended up in prison himself. When Mariah married and had children of her own, she realized something was missing in her life. “I had questions about my mom’s murder, I needed to reach out to this man who killed my mom 23 years ago.” So she wrote Clark a letter, which he received shortly before he was paroled after serving 23 years in prison. She asked if she could meet him. “It was like a slug to the chest,” Clark said. “She told me about her life . . .. it’s what we call the cycle of violence. I went through a cycle of violence. And my actions started another cycle of violence that she had to live through. She was the one who broke that cycle of violence.” Their meeting, to say the least, is compelling television. But it’s not suitable for young children. The crimes discussed are heinous. There are ample references to drug abuse, and rare but raw profanity. The damage inflicted on these peoples’ lives is horrific. At times, it’s a struggle to have any empathy at all with the offenders, much less remember that they are made in the image of God who still loves them with an incalculable love. But that’s where “the grace, compassion, and forgiveness” part of the series comes in, and is so remarkable. Listen to how Jones described the meetings he facilitated and witnessed, “Nine times out of ten in this series, peoples’ faith was a big factor, on both sides.” I’m not surprised at all, and I wish “The Redemption Project” offered us more about the faith lives of the offenders and the victims. Hearing the occasional mention of God or a prayer is fine, but there’s obviously much more to the faith aspect of these stories than we see in the series. Still, this series by CNN and Van Jones helps to refocus reform on victim-offender dialogue. And what an opportunity it provides to believers to have conversations about grace, forgiveness, and justice—all three of which are only fully realized in Jesus Christ. Come to BreakPoint.org and click on this commentary. I’ll link you to CNN’s “Redemption Project,” as well as to Prison Fellowship’s work for restorative justice.     Download audio mp3 here.