The Sexual Revolution and Its Victims - Breakpoint
How can we respond to those around us with truth and love? Give today to receive this month's featured resource.
Skip to content 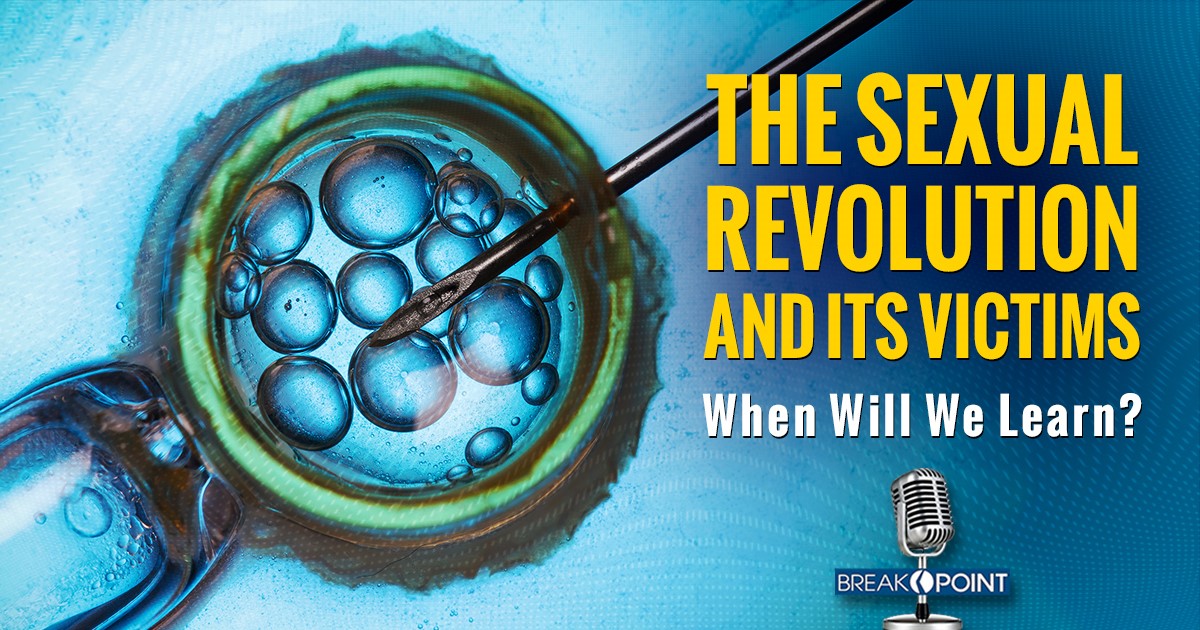 
The Sexual Revolution and Its Victims

In fact, I’m not sure I’ve seen a story in the last decade that more definitively proves what we often say around the Colson Center: Ideas have consequences. Bad ideas have victims.

A recent Washington Post article tells of an Illinois woman who has struggled to raise two children, her now six- and seven-year old sons. Both have autism. But this story isn’t about her day-to-day life dealing with these challenges. It’s about why the boys are autistic in the first place.

Both of her sons were conceived by sperm donation, from the same nameless donor, “Donor H898.” This woman chose artificial insemination because her female partner, well, could not impregnate her. In other words, after having chosen a sterile union, she wished to have children. And this story goes on…

While researching ways to help her sons, the woman discovered they had at least a dozen siblings, also diagnosed with autism, also conceived via the same sperm donor. Some of these children, in fact, also suffer from additional neurological and cognitive disorders, including ADHD, epilepsy, and various mood disorders.

A genetic counselor explained the obvious. Such results with so many children were unlikely to be coincidental, and very likely to be the responsibility of that single sperm donor. Upon further investigation, the Illinois mom discovered that almost everything she was told about Donor H898 was a lie. He didn’t have a master’s degree as advertised by the sperm bank. He never even graduated from college. His supposed “clean bill of health” neglected to mention that he “had been diagnosed with ADHD and was schooled in an institution for those with learning and emotional difficulties.”

In other words, after choosing to conceive a child with someone she had never met, she was shocked to learn she didn’t have the whole picture about him.

After complaints to the sperm bank and government regulators came up empty, the woman filed a suit against the sperm bank, who chose to settle out of court for $250,000. In the meantime, the woman lost her job, her home, and her partner.

Few bad ideas have left more victims in their wake than the ideas of the sexual revolution. From the beginning, the sexual revolution has peddled lies to women – about what will bring them freedom, equality, and happiness, while at the same time turning children into social experiments.

In fact, the foundational idea of the sexual revolution is this: Sex, marriage, and children can be separated from each other. The consequences of that idea have been devastating, especially for women and children. Once males were untethered from marriage, they were untethered from sexual responsibility. Women were promised the same “freedom,” but that never materialized.

Still, the kids have paid the highest price. The foundational lie of the sexual revolution is “The kids will be fine.” It’s a lie that’s taken various forms like, “kids need happy parents, not married ones” and “kids don’t need a mom and a dad, just loving parents,” as if men and women were fully interchangeable.

Well, as this poor mother in Illinois found out, the kids aren’t fine. They are part of a grand social experiment conducted since the 1960s: Take our most important and basic responsibility – caring for the next generation – and repudiate the very ideas and institutions that make such care possible. And then, see what happens.