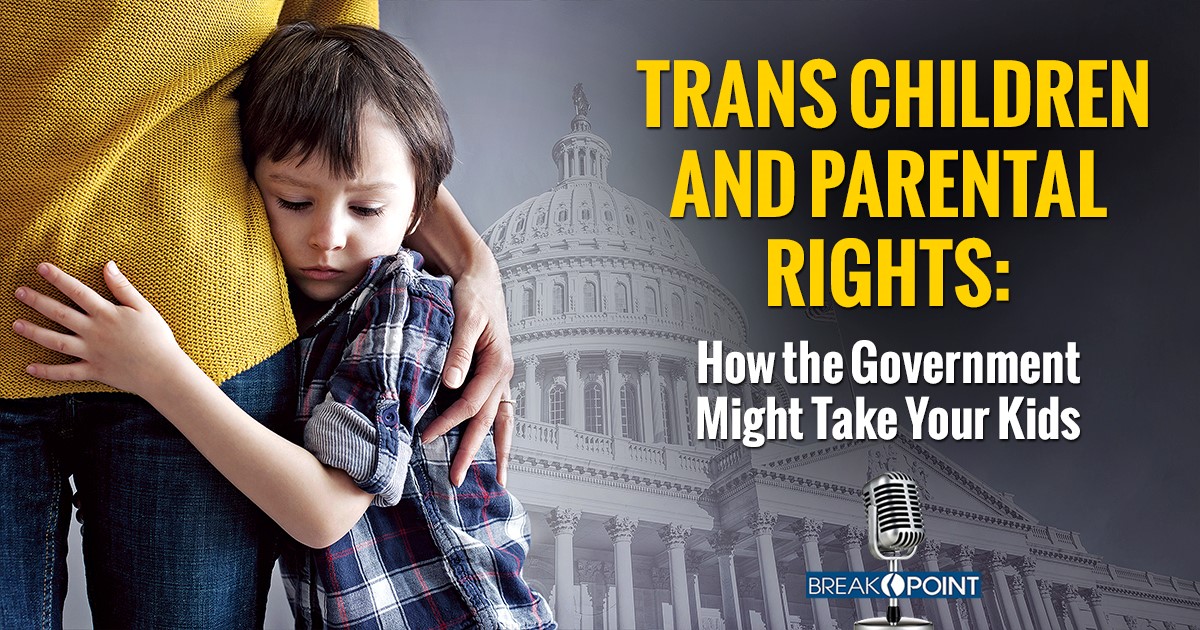 Imagine if tomorrow, a judge in the most liberal state in the country announced children no longer belong to their parents, they’re no longer under their parents’ authority. From henceforth, says the decree, kids belong to the state. Outraged parents would take to the streets! Angry and refusing to capitulate. Well, that’s not how it goes. Instead, parental rights are taken a little at a time. The outrage is avoided, and the state usurpation of parents is largely non-controversial.  The same desired results using this strategy are not only possible, but inevitable. Allow me to illustrate. A few days ago, a judge in British Columbia issued a gag order against the father of a 14-year-old girl who identifies as a boy. Why a gag order? Because he referred to his daughter by her actual gender in public interviews. British Columbia Supreme Court Justice Marzari also found the girl’s father guilty of “family violence” for going to the press after courts ordered that his daughter be allowed to start injections of male hormones. In fact, the judge even forbade the father from referring to his daughter as a girl, from trying to persuade her to abandon her so-called “treatment,” and even from using her real name! The name he gave her. In other words, this judge has effectively forbidden this dad from even acknowledging that he has a daughter. Legislatures elsewhere in Canada are laying similar groundwork to make this kind of government takeover of parenting permanent. Back in 2017, with barely a whisper of protest, Ontario passed the Youth and Families Act, which adds a child’s “sexual orientation” and “gender identity” to the list of things judges can consider when determining whether parents are abusive. In other words, as written, this law would allow any judge in the province to do exactly what Justice Marzari did to that father of the 14-year-old girl. And that’s not just my opinion. When asked if this law would allow the government to separate children from parents who don’t approve of their gender identity, the Ontario Minister of Children and Youth Services said, “I would consider that a form of abuse, when a child identifies one way and a caregiver is saying no...” Now, his office has since then changed its tune. A spokeswoman told BuzzFeed News that the law “does not give the government power to seize children from families based on a parent that disagrees with a child’s gender identification.” Their commentary on the statute may have changed, but the language of the statute hasn’t. So the precedent is set. “Well, that’s Canada,” you say. “That’s not going to happen here.” Are you sure about that? Last year an Ohio judge awarded custody of a transgender teen to her grandparents rather than her parents, because mom and dad didn’t support her transition. But an even greater threat to parental rights in this country will probably come from legislatures. “Sexual orientation and gender identity,” or “SOGI” laws have already been enacted in twenty states, making these protected categories like race or religion. It sets the precedent for treating disagreement with gender ideology as a crime. Eventually, that could be the case even if the person you are disagreeing with is your child. Several states already have the legal mechanism in place to emancipate children from parents who don’t support their gender identification. Bit by bit, parental rights are chipped away in the name of sexual ideologies, especially gender identity. And bit by bit, mom and dad are treated as mere trustees of the state, subject to revocation without notice. Ideas matter. They can change how we collectively understand family, and parents, and even who kids belong to. I wish I had better news, but laws and rulings like these are the endgame for parental rights. Pay close attention and take responsibility for your own state, your own county, your own city, and especially for your own kids. The transition to a society in which children are wards of the state is well underway. Like surgical gender transitions, once complete, the damage could be irreversible.     Download an audio mp3 file here.