Can You Trust the Bible? - BreakPoint
Skip to content 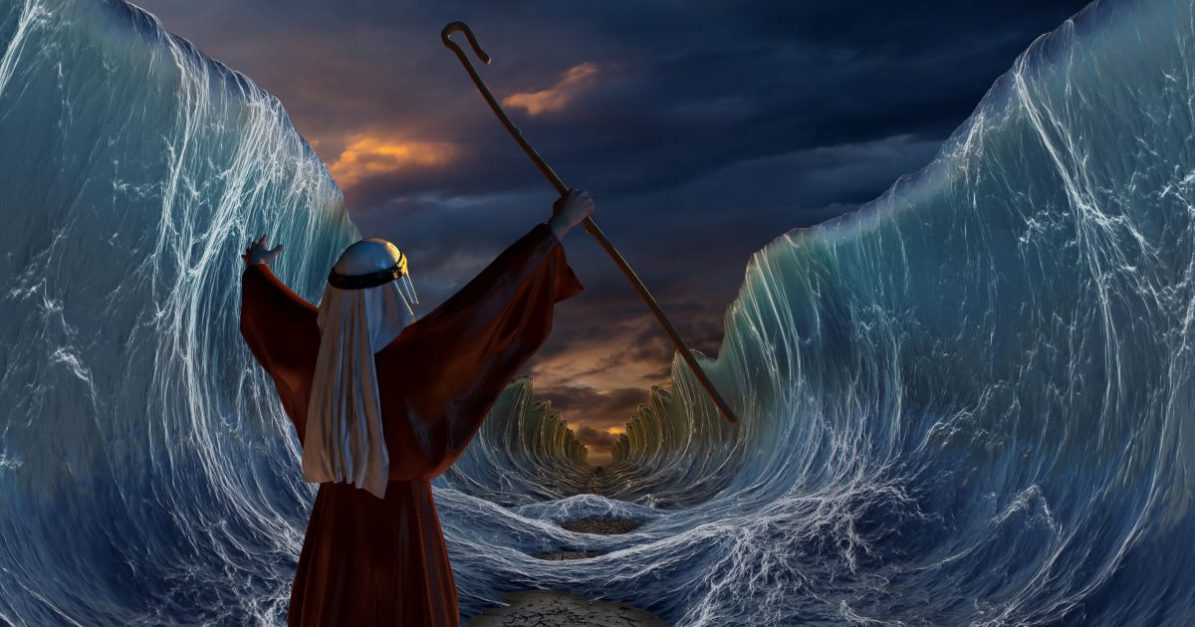 
Can You Trust the Bible?

This past week, a reader wrote in to ask a question. That’s not unusual. A fair amount of my time is spent reading and responding to inquiries about our content.

This question was different. It wasn’t specifically about anything that we’d written, but it epitomized why we do what we do. It was a wonderful opportunity to aid a fellow believer in answering a question about the Christian worldview in response to a challenge put forward in the world.

That’s a bit of a loaded comment by this instructor. What kind of proof is he expecting? A Yelp review from Moses’ time in Egypt?

“Two Stars: Delightful cucumber salads and the pyramids were to die for, but they had a bit of a pest problem and their décor was waaay too 14th Dynasty! And don’t even get me started on the check-out process!”

Here’s the thing: This sort of demand for proof is asking for something that couldn’t be found whether the people existed or not. There’s virtually no evidence for any one particular person’s existence from 4000 years ago. What we have are archaeological records of various societies such as Egypt and Sumer, but even from them we know the names of only a handful of individuals, normally only the elites of their day.

Someone like Abraham wouldn't have had any tangible record. As a tent-dwelling Bedouin chieftain living in Mesopotamia somewhere around 2000-1800 BC, he wouldn’t have left remains like buildings or monuments, so there's nothing that would last long enough to be uncovered by a budding Indiana Jones.

Someone like Abraham wouldn’t have left any tangible record. As a tent-dwelling Bedouin chieftain living in Mesopotamia somewhere around 2000-1800 BC, he wouldn’t have had remains like buildings or monuments, meaning there’s nothing that would’ve lasted long enough to be uncovered by a budding Indiana Jones.

What we do have is plausibility. For example, there is a record of someone named Abisha coming from Canaan to Egypt at about the right time. While there’s no reason to think that this was the Abraham of the Bible, it does show that people like Abraham were doing what the Bible says Abraham did right when it says he did it.

When it comes to any supposed lack of proof for the Israelites, as with Abraham, a nomadic people living in the Sinai desert wouldn’t leave any archaeological record. Remember, there’s no account in the Bible of them building any permanent structures during the Exodus, so the lack of ruins is hardly a point against its authenticity.

Think about it like this. We only have a small percentage of remains from any lost world from that era, and many of those groups were keen on buildings and lived in one basic spot for thousands of years. Why would we expect “proof” for the existence of one Bedouin tribe in the midst of the sands of the ancient world?

As to Moses, there’s no reason to think that the Egyptians would’ve written up a record of an embarrassment like the Exodus. Outside of the Bible, histories in the ancient world tended to skip over bad news, except indirectly. You’ll see things like how they avoided a military trap or survived a famine, but not how they ended up in the trap in the first place or how the famine came to be.

One of my favorite examples of this is the Battle of Kadesh around 1275 BC. Ramesses II, who was quite possibly the Pharaoh of the Exodus, fought in the Battle of Kadesh against the Hittites. Despite being one of the most famous engagements of the ancient world, the battle was something of a draw, with only luck sparing the Egyptians from a major defeat. Yet, you wouldn’t know that from Pharaoh’s account, which made it sound like he nearly single-handedly trounced his foes.

We have this written testimony, inscribed during or soon after the fact, reflecting the world of that day down to innocuous details, and whose records of events keep getting confirmed by later research.

Compare this to the realism of the Bible where priests and kings alike are shown with all their warts intact. What’s almost amusing is that many demanding proof ignore one the biggest proofs for biblical characters’ existence: The Bible itself. We have this written testimony, inscribed during or soon after the fact, reflecting the world of that day down to innocuous details, and whose record of events keeps getting confirmed by later research.

Despite its shallow reputation for being mythological, what we have in the Scriptures is a very realistic portrayal of the people of that time period. The accounts of the Patriarchs do not have proof in the sense of “Abraham Was Here” graffiti, but the stories we read in God’s Word fit perfectly with what we know about the ancient world from archaeology.

If you’d like some further research, I’d suggest On the Reliability of the Old Testament by Kenneth Kitchen, long time professor of Egyptology at Liverpool. This book is what it sounds like, a study of the Old Testament, with an eye towards showing how reliable it is as a historical document. If you’re up for a bit more technical reading, there are a few books by James K. Hoffmeier that deal with this same issue but from a specifically Egyptian context.

When faced with those who’d see God’s Word relegated to history’s fiction section, we need to remind ourselves of one central truth. The founding stories of our faith did not take place in a fantasyland or in some spiritual realm inaccessible to human experience. If the Bible is what it claims to be, the record of God’s real-world interaction with human history, we can and should expect it to reflect that reality.

If people wish to dismiss the truthfulness of the Bible’s claims, that’s, quite literally, between them and God. But let’s have no more of these claims that we can’t trust the Scriptures. There’s far more in its favor than for its rival worldviews. This sort of thing won’t be enough to satisfy all skeptics, or even the questions of the faithful, but it should be enough for the intellectually honest not to dismiss the Bible out of hand.

The proof to be found may not be what those determined to find fault will accept as such, but there is ample evidence that the tales recorded by Moses and Jeremiah and Peter and Paul flow from the world that existed in their day and not just some illusion from their own imaginations.