Christian Unity in a Divisive World - Breakpoint
How can we respond to those around us with truth and love? Give today to receive this month's featured resource.
Skip to content 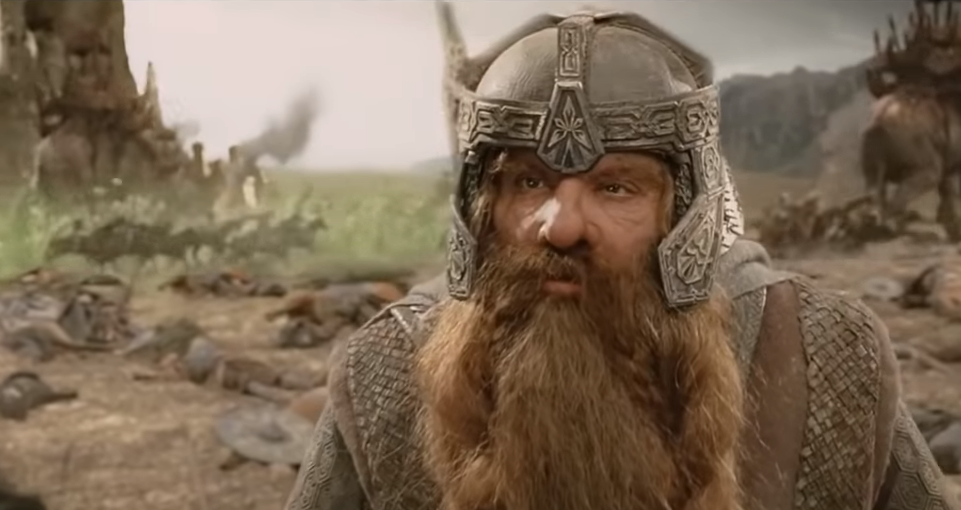 
Christian Unity in a Divisive World

Loving the people you like is a piece of cake. The tricky bit is loving the ones you don’t like.

Today’s world has a love-hate relationship with love. We love the people we love, and we hate the people we hate. That’d be obvious but for the fact that we say we should love everyone. We say we’re all about respect, love, and dignity, but we feel more divided than ever.

We’re divided by race, by gender, by sexuality, by politics, by ideology, by group, and sub-group, and sub-sub-group. Where once we dreamed of seeing one another as unique and valuable members of a shared and single humanity, we now define and divide one another on the basis of an ever-expanding criteria of fractured identities, identities where keeping record of wrongs is the essential characteristic. One group’s call for justice is another’s harbored resentment is another’s “privilege” is another’s racism and so on.

It’s bad enough that the general world can’t get along with itself. Why should that surprise us? With no eternal, enduring “North Star,” the world is left to create for itself ever-shifting, ever-conflicting identities which never satisfy and never survive the stresses of life.

But what of the church? Are we any better? I don’t think many of us would say that we are. It’s not that we don’t try to do better; it’s just that our trials always seem to fail. Most of our attempts to do right by one another end up being nothing more than loving the people we like.

Either, we sub-divide into smaller and smaller denominations of like-minded people, where we need never fear coming across anyone who thinks differently than we do. Or, we take the watered-down approach, where we ignore the differences between us, whether cultural or doctrinal, all for the sake of a pale shadow of true Christian unity. In neither of these scenarios are we faithful to the call of Christ to be centered on His truth and united in His love.

Think of it like this. A lot of folks look at the friendship of Frodo and Sam in the Lord of the Rings as a beautiful one, and this for good reason. They are loyal and faithful to one another through the best and worst of times. But, while their experiences aren’t easy, there’s a sense in which their friendship is.

Yes, they’re from different economic classes, but they share the same town, the same “ethnicity,” the same lifestyle, the same tastes, and the same view of the world. They share so much in common that loving one another is almost an extension of loving themselves, or at least someone very like themselves.

The same cannot be said of their fellow travelers, Legolas and Gimli. These two have nothing in common. Though not quite enemies, their respective races do not get along, sharing mutual disdain going back millennia. The one finds joy among the forests, while the other feels most at home delving deep into the Earth. On the merits of their own self-defined identities, there is little chance for these two to be civil to one another, let alone fast friends

But friends are exactly what they become. When they meet, they can just barely tolerate one another, but they put these feelings aside for the sake of their mission. Over time, their shared adventures and common goal bind them closer together to the point that even their one-upmanship becomes the banter of friends instead of the competition of rivals. What started as merely a co-belligerency towards a shared enemy is transformed by a united calling into intense loyalty and personal affection.

At the end of their journeys, they remain who they were. Legolas doesn’t become a dwarf any more than Gimli becomes somehow elvish. Yet, there is now a unity that once was lacking. They have each other’s back when danger rises, they stand with one another even when circumstances don’t demand it, and they learn to trust and appreciate the glories of one another’s distinctiveness even as they maintain their own individual and cultural identities.

Now, perhaps you are one who prefers fact to fiction. A novelist like Tolkien may mix and match the affections of his creations to his heart’s content. Reality, however, is far less forgiving. What about this world and its ever-present problems? Even the tensions of our all-too-real wars can be converted by this same principle, the principle that an eternal common cause brings unity in the midst of diversity.

In December 1941 a warrior of the Rising Sun led his men into battle against the hated enemy from across the sea. Mitsuo Fuchida was the commanding officer of the Japanese planes attacking Pearl Harbor. Despite some close calls at the Battle of Midway in 1942 and Hiroshima in 1945, he survived the war, earning honor to his name and for his homeland.

Just five months after Pearl Harbor, another warrior raced against his enemy. Driven by his anger over the Japanese assault, Jacob DeShazer volunteered as a crewmember in the “Dootlittle Raid,” a vengeance attack by American forces on Tokyo. Captured by Japanese troops in China, DeShazer spent the next 3+ years receiving the worst of Imperial hospitality.

But this isn’t the end of the story. These two should’ve hated one another, but they ended up sharing their own common cause, a cause which led them join forces to bring this same unity to their diverse and antagonistic cultures.

During his time in prison, DeShazer had been given a Bible, one of the few English books available. Despite the unorthodox locale, God used His word to bring the American to faith in Christ, and this faith DeShazer now vowed to share with his erstwhile captors. After the war, Fuchida, still wrestling with his nation’s defeat, was himself given a word from God, a brief pamphlet telling the story of none other than DeShazer and his newfound Christianity.

The attack of the one led to the revenge of the other, and the conversion of the other led to the salvation of the one. Eventually, the two men travelled together, preaching the gospel of Christ in both America and Japan. DeShazer for a time lived in Japan, the land and culture he’d sought to destroy. Fuchida, too, lived for a time in the land of his enemy, calling his former rivals into a new kingdom.

The dramatic nature of this anecdote can lead us astray. We may say to ourselves that this is the exception which proves the rule, that ordinary people like us haven’t the strength, the humility, the compassion to live like that, to love like that. And we’re right. We don’t have what it takes overcome our biases, our prejudices, our hurting hearts, and our principled convictions. We don’t, but God does.

Ask yourself: what matters more to you than Christ? Do you care more about your political party than His church? Is the plight of your ethnic kin more valuable to you than your brothers in Christ? Is your membership in the right denomination more important to you than whether your denomination is actually right?

Political policies matter. Family and race matter. Doctrines and church structures matter. Never are we asked to ignore any of these distinctive characteristics, many of which God has specifically placed on us, but we are asked to put them in their proper place. The call of Christian unity never demeans the importance of such things, but it does call us to relativize them, to see them as derivative, as secondary, leading us to accept their relative value insofar as we submit them to Christ.

Whatever subgroup I may belong to, if that identity is more central to my sense of self than my identity in Christ, then it has become an idol, an obstacle to my faith and a hindrance to the common mission God has in mind for His church.

Live as the person Christ has called you to be with your ethnicity, political opinions, and doctrinal priorities in tow, but submit them all to the truth of Christianity in the biblical testimony of the self-revealing God. We don’t have to reduce “love” to the sentimentality of ignoring our differences or the sectarianism of loving only the likable. We have before us the example of Christ and within us the Spirit of Christ who both calls and enables us to live out the love He demonstrated on the cross.

It may seem an impossible task, but this is part and parcel of the calling given us by Christ. More than this, it’s the inevitable consequence of living for Christ. Paul, the contentiously cerebral intellectual and Peter, the steady yet impulsive blue-collar guy; Matthew the collaborating tax-collector and Simon, the insurrectionist zealot. The same common cause, the same enlivening power, and the same Jesus who brought these opposites together as Apostles, all of these are yours.

Our ultimate identity in Christ gives us the perspective and power to retain our lesser identities even as we learn to love those whose secondary natures are so unlike our own.