Church Membership Isn’t Optional - Breakpoint
Give today to learn what it means to be a thoughtful Christian!
Skip to content 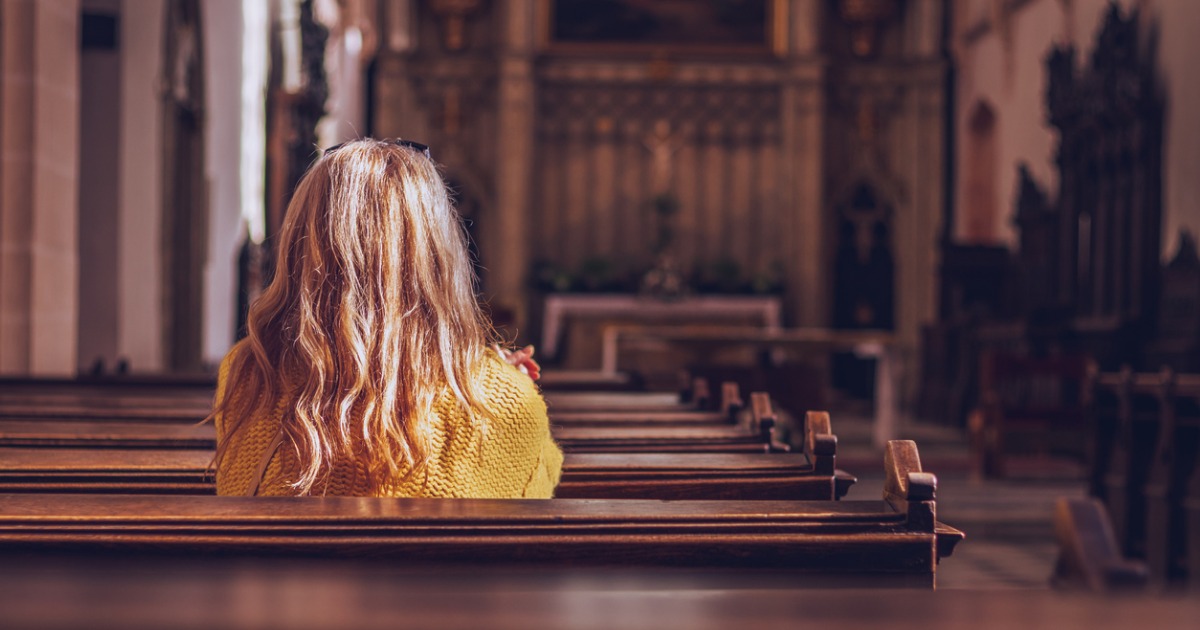 I pick on millennials frequently, and that’s okay, because I happen to be one. But my generation comes by some of its much-criticized quirks and indulgences honestly. One of the worst we’ve inherited from our parents is our widespread aversion to church membership. When I bring this up with people of the non-committal persuasion, they react as if I’ve asked them to observe the Old Testament dietary laws. For a sizeable contingent of self-professed Christians, belonging to a local body of believers and being subject to elders is an onerous and pharisaical burden, not a foundational duty of the Christian life. I think there are a number of reasons for this, and I want to answer a few of them here.

The theme that comes up most often when I confront anyone about church membership is legalism. Placing their names and phone numbers in a directory, they remind me, won’t earn salvation or put them right with God. I agree, of course. But since when does the Christian life consist in doing the bare minimum necessary to avoid Hell?

I’m reminded of another foible peculiar to low-church evangelicals: aversion to the sacraments. Before we met, my wife dated a young man who adamantly refused baptism on the grounds that Christians were treating it as an obligation, and that this constituted a kind of works-righteousness. While it’s true that there are churches where baptism is misunderstood, it’s also true that Christ commanded us to receive it. When God tells you to do something, that is what we call an “obligation.” And as I will argue in a moment, God commands us to become members of a local church just as clearly as He commands us to be baptized.

But first, we need to deal with several more common excuses people give for remaining ecclesiastical nomads. I call this next the “me, my Bible, and Jesus” objection. You’ll hear it most often from people who also say things like, “I love Jesus but hate religion,” which is plainly a popular sentiment (to the tune of around 33 million views). For Christians who take individualism to this glacial extreme, organized religion looks like an exercise in tomb-painting. Being a member of a church, they say, is not only unnecessary but potentially distracting from real Christianity, which is a private and subjective experience—one that takes place during devotions in the bedroom or on a beach. Church, they say, happens in the believer’s heart, not in a building. And there is nothing the people of God enjoy in corporate worship and communion over Word and sacrament that they can’t get on their own.

For Christians who take individualism to this glacial extreme, organized religion looks like an exercise in tomb-painting. Being a member of a church, they say, is not only unnecessary but potentially distracting from real Christianity, which is a private and subjective experience—one that takes place during devotions in the bedroom or on a beach.

At the heart of this objection lie two mingled assumptions. First, there is the painfully American tendency to go from affirming equality under the law to denying all competencies and calling. In his “Screwtape Proposes A Toast,” C. S. Lewis dubs this the “I’m-as-good-as-you” mantra, and says it results not in egalitarian utopia but in mandatory mediocrity. Combine this democratized religion with an exaggerated Protestant doctrine of the universal priesthood of believers, and what you get is a potent anti-institutional cocktail—one sip of which has convinced millions of Christians that they’re just as qualified to understand the faith, Scripture, and the mysteries of God as the best-trained pastor.

There are two more reasons why people of my generation and my parents’ generation often refuse to join a church, but you will never hear anyone admit to them. The first is a consumeristic attitude toward religion, which manifests in church-shopping-and-hopping. This one is virtually a feature of many megachurches, which are perpetually exchanging customers with one another. For huge numbers of evangelical Christians, church is about satisfying a set of personal needs and preferences, not about entering God’s presence as His people to participate in His Kingdom on earth as in Heaven. If a particular church does not satiate those desires, the answer is to move to a different brand. After finding their favorite congregation, consumers like this may build up brand loyalty, which often functions a little like church membership. I have a Westminster Presbyterian Church bumper sticker on my car mostly as a conversation-starter, but for many Christians, such displays of corporate allegiance replace, rather than supplement, real participation in the life, discipleship, and accountability of the local body.

That leads to the last reason why so many shrink from church membership: They are afraid of being confronted about their sins. There are Christians who spend years pew-surfing because they are frightened someone will call them on immorality. This has contributed to a church culture where it’s normal for pastors never to know or even speak with many in their congregations—even the members.

over half of pastors can’t remember the last time a member of their church was disciplined. This is at least partially the fault of church leadership. But it’s also because so many who darken the doors of churches have never actually joined and have no plans to do so.

As LifeWay Research found last year, over half of pastors can’t remember the last time a member of their church was disciplined. This is at least partially the fault of church leadership. But it’s also because so many who darken the doors of churches have never actually joined and have no plans to do so. Why would they, when attending without ever belonging or subjecting themselves to accountability is a live option? The result is a revolving door mentality among Christians. I’ve watched evangelical families my whole life change churches faster than Starbucks changes its seasonal menu. And much of the time, it is because they don’t want anyone to have the authority to tell them they must change.

None of this diminishes the New Testament command to belong to a local church, which is everywhere assumed in the instructions Christ and the apostles give regarding reconciliation, discipline, and ecclesiastical government. Jesus tells us in Matthew 18:17 that after a wayward brother has failed to hear multiple witnesses, his offense should be brought before the church. Which church? The one in which he is a member, of course! Paul, echoing Jesus, instructs us to judge those “inside the church,” purging evil from the body (1 Corinthians 5:12-13). This purging is often called excommunication, which is a revocation of membership and access to the Lord’s table. Paul commanded this: “With such a person do not even eat.” Without church membership, this passage becomes nonsense.

Perhaps the clearest endorsement of church membership is in Hebrews 13:17, where the author instructs believers to obey their leaders and submit to their authority, “for they are keeping watch over your souls, as those who will have to give an account.” It shouldn’t require explanation that in order for leaders to keep watch and give an account for the souls of individual Christians, they need to know who those Christians are. Your pastor is no more responsible for every religious person he meets on the street than I am responsible for every child I meet there. I am responsible for my children, and I will give an account for how I have shepherded their souls, because they are members of my family. They have a home. The same is true of Christians and the house of God. He has commanded us not merely to attend, but to belong.

This belonging is a key feature of the Christian life and worldview. It is how we participate in the most Jesus-centric sphere of human existence, and how we become more than consumers, wall-flowers, or nomads. We’re good at coming up with excuses for not joining a church, but I doubt any of them impress God. He didn’t save us for spiritual homelessness.