Coach Kennedy Shows What Religious Liberty Is  - Breakpoint
Give today to learn what it means to be a thoughtful Christian!
Skip to content 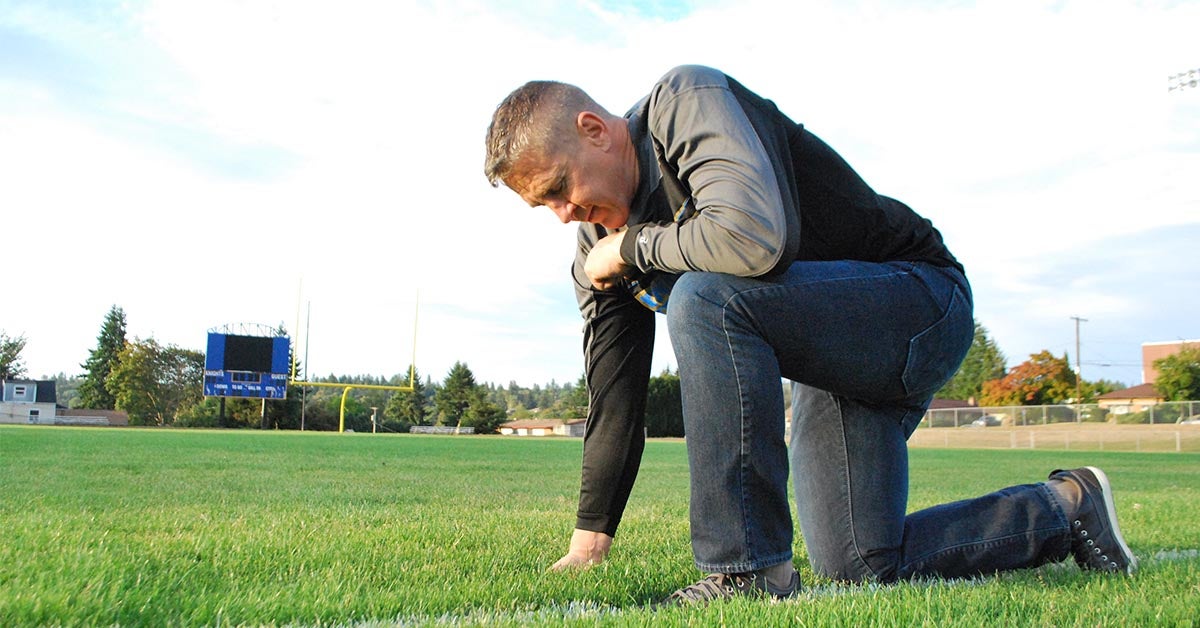 When religion is seen as non-essential, religious freedom is limited to “religious” activities like private prayer, church attendance, and personal piety. At the same time, “secular” is wrongfully thought of as “neutral” or “unbiased.

This term of the U.S. Supreme Court has been consequential, to say the least. In addition to the landmark decision to overturn Roe v. Wade in Dobbs v. Jackson Women’s Health, the court has now issued a second ruling that protects religious freedom. The first, issued about a week ago, protects religious institutions from being singled out and discriminated against by state-run entities and programs. The 6–3 decision was consistent with previous rulings in Trinity Lutheran v. Comer and Espinoza v. Montana Dept. of Revenue that state programs available to non-religious entities cannot be withheld from religious entities simply because they are religious. Instead, the state bears the burden of proof to demonstrate a compelling state interest in discriminating against religious institutions. It remains to be seen whether state officials have finally gotten the message.

This week, the court handed down their decision on Kennedy v. Bremerton School District, or what’s become known as the “Coach Kennedy Case.” High school football coach Joe Kennedy was fired for praying on the football field after games by school officials who kept (pun intended) “moving the goal posts” about what religious expressions were allowed.

Contrary to various news reports, Kennedy never forced student athletes, coaches, or anyone else to join him. After school officials raised concerns, he even agreed to pray silently by himself. However, he was told that if he insisted on closing his eyes in silent prayer, he must do it somewhere out of sight. Coach Kennedy rightly recognized their demands as a violation of his right to free religious expression and took his case to the Supreme Court with the aid of First Liberty Institute.

On Monday, the court ruled overwhelmingly for Coach Kennedy, on both free speech and free exercise grounds. As Justice Gorsuch wrote in the majority opinion:

By its own admission, the District sought to restrict Mr. Kennedy’s actions at least in part because of their religious character. Prohibiting a religious practice was thus the District’s unquestioned “object.” The District explained that it could not allow an on duty employee to engage in religious conduct even though it allowed other on-duty employees to engage in personal secular conduct.

This behavior, Gorsuch concluded, was unacceptable.

Here, a government entity sought to punish an individual for engaging in a personal religious observance, based on a mistaken view that it has a duty to suppress religious observances even as it allows comparable secular speech. The Constitution neither mandates nor tolerates that kind of discrimination.

Often, religious liberty violations are more symptoms of bureaucratic inertia or ignorance, than of animus. The first few letters sent by school officials to Coach Kennedy asking him to stop praying are not rantings of radical atheists. Officials acknowledged Coach Kennedy was “well-intentioned” and never forced students to participate in his religious observances. Still, they asked him to stop out of fear they would be sued for a First Amendment violation. In the end, they failed to understand the First Amendment and violated it themselves.

This is what happens when ignorance of the law mixes with stubbornness, or, even worse, animus toward religious conviction. When religion is seen as non-essential, religious freedom is limited to “religious” activities like private prayer, church attendance, and personal piety. At the same time, “secular” is wrongfully thought of as “neutral” or “unbiased.” Faith is reduced to a hobby, and a highly idiosyncratic one at that. Spiritually inspired convictions must be kept safely within church, synagogue, and mosque walls, and out of the government and schools.

This, however, is not religious liberty. It is merely “freedom of worship,” what some of the worst tyrannies and their successors falsely claim to be freedom. Thankfully, the court has seen through this muddled thinking and brought clarity to the freedom all Americans have to speak and exercise their religious convictions.

Christians, and those of other faiths, absolutely can stand on a football field and close our eyes in prayer, even if others can see us. Christian educators can cite the Bible as a historical record or a masterclass in philosophy. Christian school kids can host Bible studies after school. Christian workers do have the freedom to not take part in the latest ideological fad that business leaders have latched onto.

I am grateful for our friends at First Liberty, ADF, and elsewhere that defend conscience rights, and for organizations like Gateways to Better Education who help Christian educators know what those rights, in fact, are. I am grateful that the court has stated, again, that being religious is not a crime, and that the state is required to respect the religious freedom of individuals and institutions.

A final lesson for Christians is that we must not become like those who seek to silence us. If the truth is on our side, we’ve no reason to fear.