French Postmodern Chickens Come Home to Roost - Breakpoint
How can we respond to those around us with truth and love? Give today to receive this month's featured resource.
Skip to content 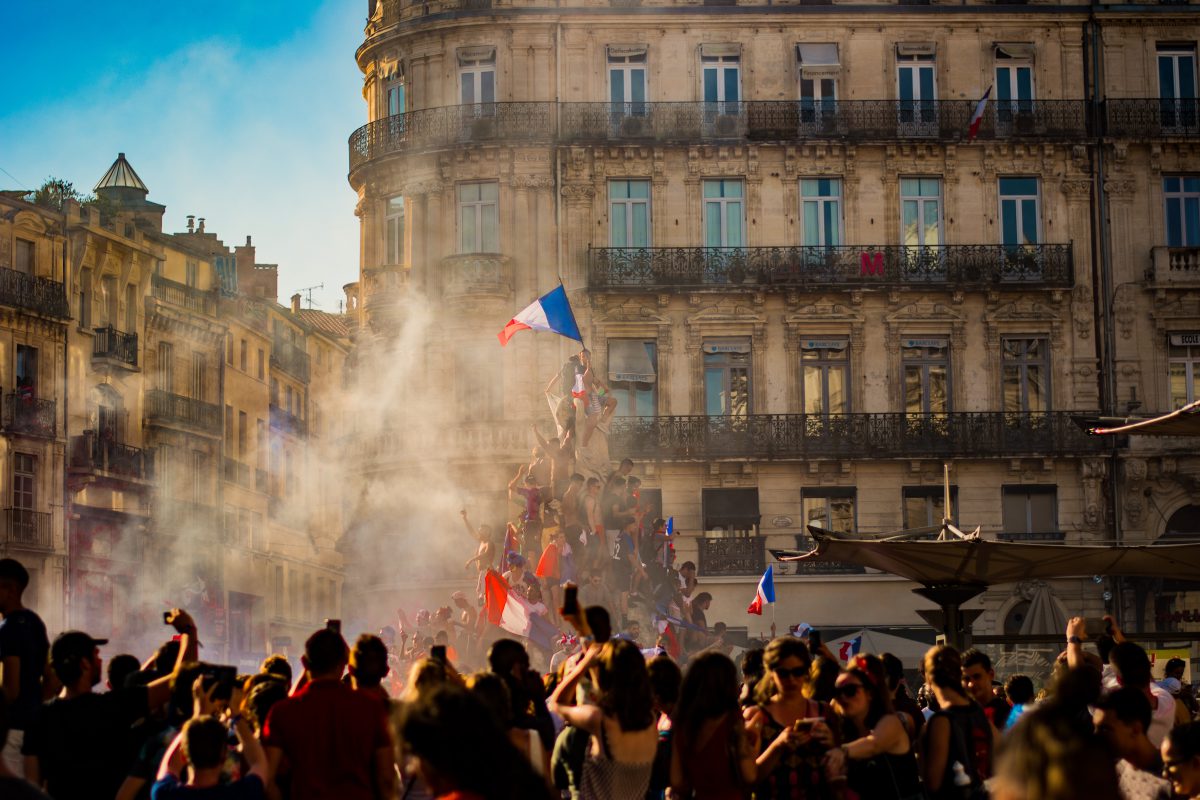 Recently, a New York Times article quoted a French government official as saying, “There’s a battle to wage against an intellectual matrix from American universities.’’ The article went on to explain that “prominent [French] intellectuals have banded together against what they regard as contamination by the out-of-control woke leftism of American campuses and its attendant cancel culture.”

It’s tempting here to channel the faux outrage of the French policeman in the movie “Casablanca.” I’m shocked, shocked to learn that postmodern ideas born and bred in the rich soil of the French intelligentsia have mutated into something unsavory. Who could have predicted that divorcing truth from reality would lead to even more divisive and destructive ideas???

The path from Parisian literary theorists, puzzling over the power of words, to your not-so-friendly neighborhood activist, outraged by pronouns, is pretty clear. Reacting to the overconfidence and over-promises of Modernism and the Enlightenment, French intellectuals in the mid-20th century like Michel Foucault and Jacques Derrida proposed a way of thinking that was skeptical and largely cynical. Postmodernism took observable parts of human life, particularly cultural biases and the tendency of powerful people to oppress their neighbors, and built an elaborate philosophical system around them.

The end result was a worldview that denied that humans could have any real connection to truth. Instead, all we have is words by which we attempt to describe reality and communicate. These words, however, are hopelessly burdened with our culturally-determined biases that are shaped by the powerful. Our words so shape the way we see the world, Postmodernism suggested, that we have no access to reality at all. We are all trapped in our perspectives.

The spectrum of postmodern thought ran between an uncertainty regarding knowledge to a focus on power. Describing this way of thinking, Angela Franks recently wrote in First Things, “[W]e are not controlled by a puppet master. Rather, we live in a vast network of demands, commandments, inducements, sorting mechanisms, disciplines, and more. ‘Power’ has no center. It is the aggregate of multiple, shifting relationships.”

Other than much of the popular music of the 1990s (from Kurt Cobain to Eminem), postmodernism remained largely a scholar’s game. Professors and students might tut-tut about there being nothing outside the text but, for ideas to escape the academy for the real world, humans need more than abstractions.

It was the evolution of Critical Theory that gave flesh to the fundamental assumptions of postmodernism. As Helen Pluckrose and James Lindsay describe in their book, Cynical Theories: How Activist Scholarship Made Everything about Race, Gender, and Identity―and Why This Harms Everybody, what began as a new way to interpret texts mutated into a quest “to reconstruct society in the image of an ideology.” Proponents of Critical Theory are as adamantly against the powerful imposing their views on the oppressed as any postmodernist was. However, with a strongly moralistic streak, they insist that all views must be conformed to theirs, and they will use their newly acquired cultural power to punish anyone who fails to comply.

What we’re left with is a directionless, insatiable demand to combat injustice and oppression but without any means to say that one moral claim is better than another. Attempts to find or forge common ground between people or communities are cynically seen as a quest for power and oppression.

In the end, as fun as it is to tease our friends in France about the ideas that were birthed on their shores, they are right about the dangers of Critical Theory, especially when it comes to those core French ideals of liberty, equality, and fraternity and their hope in the universal rights of a universal humanity.

Like Postmodernism and Critical Theory, Christianity also objects to the failed promises of the Enlightenment and Modernism. Christianity, however, is hopeful, not cynical.

Rather than reducing life to a constant battle for status and power, Christianity offers the only historically solid ground for unity or progress. In the imago Dei, Christianity tethers universal human dignity and justice. In the doctrine of the Fall, we can make sense of power and oppression. Within the framework of redemption, we have hope for a life propelled by love, not universal, unending, unwinnable competition.

This framework tasks Christ-followers to work for justice but to be driven by mercy. We are called to love our neighbor, not see them as the hated “other.” In other words, the Christian ethic provides the passion and foundation for a better humanity and a more just world, the very things which postmodernism and its offspring sought but could never find.

Will American Ideas Tear France Apart? Some of Its Leaders Think So

“There is Nothing Outside of the Text”

Declaration of the Rights of Man and of the Citizen