Genocide in Nigeria: Calling It What It Is, Calling for It to End - Breakpoint
Give today to learn what it means to be a thoughtful Christian!
Skip to content 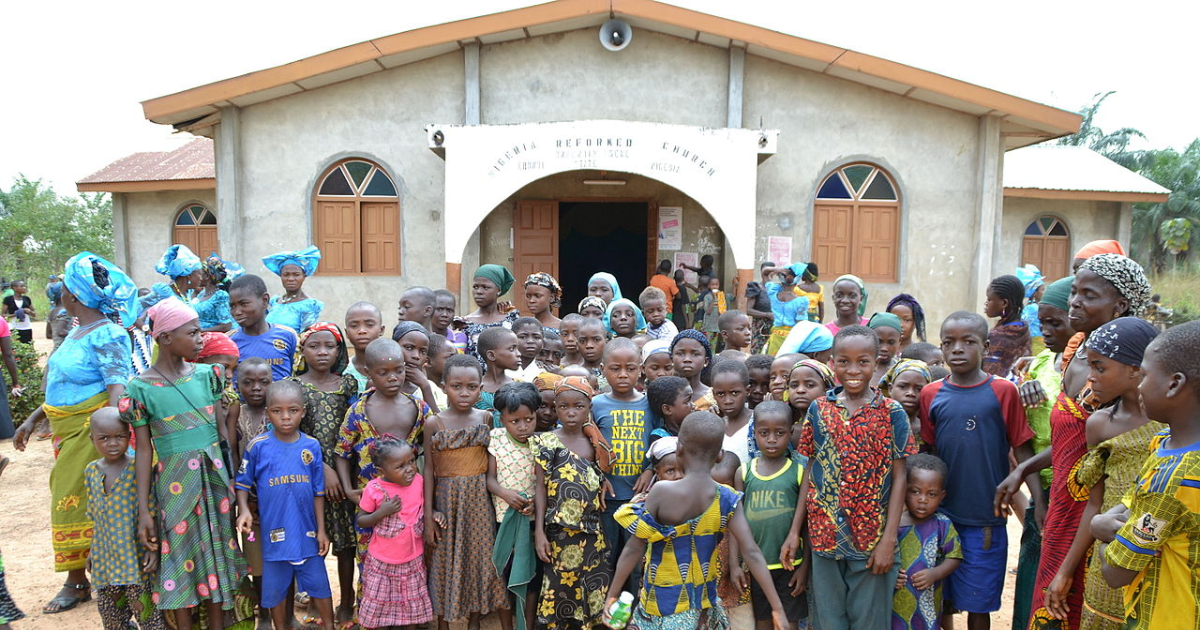 
Genocide in Nigeria: Calling It What It Is, Calling for It to End

In terms of lives lost, families separated, people imprisoned, and churches shut down, the 21st century has, so far, been the worst period of persecution against Christians in recorded history. Among the hottest persecution hot-spots is Nigeria. According to religious freedom watchdog Open Doors USA, Nigeria ranks at #12 worldwide for persecution of Christians.

Islamic terrorist organization Boko Haram is the known villain in Nigeria, and justifiably so. They are among the most brutal Islamist radical terror groups in the world. Just last week, attacks in northeastern Nigeria by a Boko Haram splinter-group left dozens of soldiers and civilians dead. Back in January, the group beheaded Nigerian pastor Lawan Andimi. Kidnapped from his village and forced to negotiate for his release with the government, Andimi wouldn’t break. Instead, he turned his hostage video into a stunning testimony to Christ.

Still, as bad as Boko Haram is, much of the recent bloodshed in Nigeria has been perpetrated by militant Hausa-Fulani herdsmen. This largely Muslim ethnic group specializes in night raids on Christian villages in Nigeria’s Middle Belt. In a statement last June, Nigerian Christian leaders claimed that “over 6,000 persons—mostly children, women and the aged—[have been] maimed and killed in night raids by armed Fulani herdsmen.” They also described the “continuous abduction of under-aged Christian girls by Muslim youths” for forced marriages.

According to Open Doors, these attacks are essentially “religious cleansing,” attempts “to eradicate Christianity” from the region. According to Nigerian Christians, the more appropriate word is genocide.

As I pointed out last March, genocide has been carefully defined by the International Convention for the Prevention and Punishment of Genocide, and the word should not be tossed around carelessly. Genocide is action intended to destroy in whole or in part “a national, ethnic, racial, or religious group.”

Clearly, genocide is what Boko Haram and the Fulani herdsman are after in Nigeria. Nigerian president Muhammadu Buhari, however, denies this. In a recently issued statement, he insisted that “false allegations of persecution of Christians” are “a most misleading campaign.” President Buhari, by the way, is the son of a Fulani chief.

Thankfully, there are international voices taking the plight of Nigerian Christians seriously. The U.K. Parliament released a report putting the G-word front and center. Entitled, “Nigeria: Unfolding Genocide?” the report issues a stirring call to Britain and the world “to speak out on behalf of all the survivors and victims of violence,” and “to highlight the seriousness of the situation and the level of injustice that Nigerian Christians face.”

Describing the report in Forbes (and by the way, good for Forbes for covering this story), one human rights activist called for “comprehensive investigations and prosecutions” by bodies like the International Criminal Court. But, she insisted, the first step has to be that the world admits “the nature and severity of the atrocities. The crimes must be recognized for what they are and ‘a most misleading campaign’ is not that name.”

The U.S. must lead the way. Earlier this month, an executive order by President Trump made religious freedom a foreign policy and national security priority. It’s now time to make act on those words. Nigerian Christians can’t afford to wait.

Besides calling this crisis what it is, a genocide, the U.S. could ease the process for asylum-seekers and immigrants from Nigeria. Nigeria was among the six countries President Trump added to the travel and immigration ban in February and, currently, Nigerian refugees hoping to flee to the United States must prove their need by submitting an exhaustive stack of paperwork. Those in danger should not have to go to so much trouble to demonstrate what the world should already know.

Please, consider supporting Open Doors and other organizations that raise awareness, advocate for, and offer support for the persecuted. Even so, as important as political and financial assistance are, Christians in Nigeria need one thing from us above anything else: our prayers.

Is Genocide Happening In Nigeria As The World Turns A Blind Eye?