Giblets without God? Thanksgiving in a Secular Age - BreakPoint
Skip to content 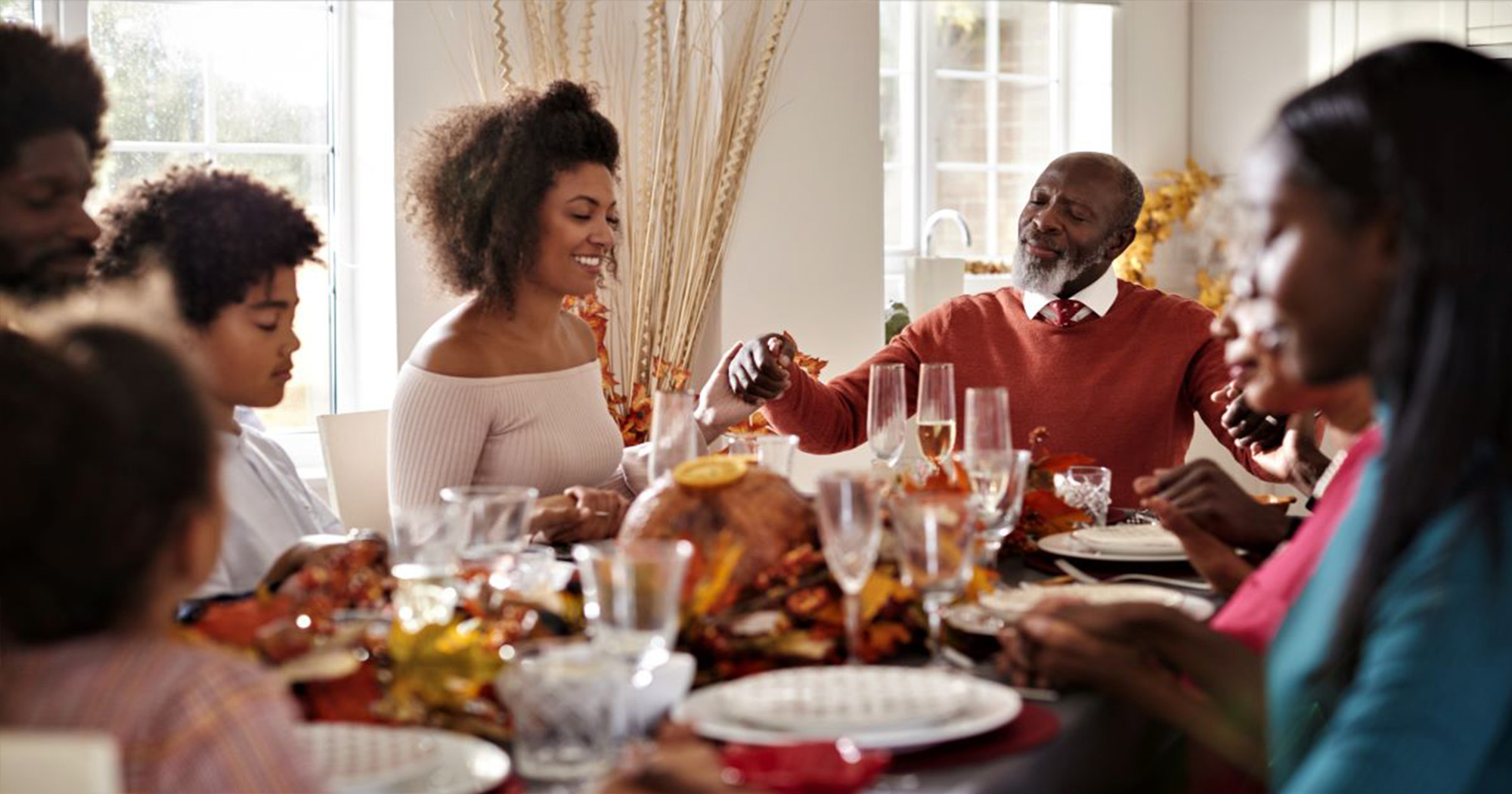 
Giblets without God? Thanksgiving in a Secular Age

“Thanksgiving is a humanist holiday.” That was the conclusion drawn by prominent atheist Staks Rosch in an old Huffington Post article aptly entitled Being a Thankful Atheist, which is still getting traction some five years after it was written.

Of course, Rosch’s thesis isn’t a historical one—it can’t be. An argument that assumes Thanksgiving has anything less than a religious pedigree is on a shaky foundation from the get-go. One doesn’t have to look further than George Washington’s 1789 proclamation to see that Thanksgiving and theism are tied at the hip from the very beginning:

“Now therefore I do recommend and assign Thursday the 26th day of November next to be devoted by the People of these States to the service of that great and glorious Being, who is the beneficent Author of all the good that was, that is, or that will be – That we may then all unite in rendering unto him our sincere and humble thanks – for his kind care and protection of the People of this country.”

Rosch’s claim isn’t historical; it’s ideological. His argument isn’t about yesterday, it’s about today: Thanksgiving can work as easily in a materialistic worldview as Christian one. So, the argument goes, atheists can sit around a table, name things for which they’re thankful, and celebrate with as much ideological integrity as their Christian neighbors.

Yet, even if the prayer is excluded from the dinner, can all of the ritual and ceremony associated with a Thanksgiving feast be accounted for in a godless worldview? I don’t think so.

Rosch’s claim isn’t historical; it’s ideological. His argument isn’t about yesterday, it’s about today: Thanksgiving can work as easily in a materialistic worldview as Christian one.

In his now classic book For the Life of the World, the late priest and theologian Alexander Schmemann shows that in the very act of feasting, we’re undermining the modern understanding of the world:

“Centuries of secularism have failed to transform eating into something strictly utilitarian. Food is still treated with reverence…To eat is still something more than to maintain bodily functions. People may not understand what that ‘something more’ is, but they nonetheless desire to celebrate it. They are still hungry and thirsty for sacramental life.”

Now, please don’t be thrown off if, like me, you don’t share all of the theological and liturgical assumptions of Schmemann’s Eastern Orthodoxy. Schmemann’s argument is one that can be appreciated by anyone who sees the world as something more than the end result of time, matter, and chance colliding.

This is God’s world; thus it teems with meaning and significance. As the great Presbyterian theologian T. F. Torrance put it, “The whole of creation is a mirror, a theater, a world of signs.”

While an atheist might be able to consciously reject the Christian view of God as he eats, can he deny the Christian view of the world as he smells the turkey, tastes the cranberry sauce, and hears the sound of chatter and laughter around the table? Asked differently, can a mechanistic, materialistic view of the world account for the ostensible meaning, beauty, and significance of feasting?

The answer to both questions, it seems to me, is a resounding “no.”

So, where does this leave an atheist on Thanksgiving? In short, it leaves them in a place of tension—a tension that can only be resolved in one of two ways. On the one hand, the atheist can allow the implications of their metaphysic to work its way into their view of physicality. If there’s only matter, not only does God go away, but so, too, does love and joy. It should be remembered that there are no days to be celebrated for the Nihilist, only endured.

The other way to resolve the tension is by letting our experience of Thanksgiving inform our view of God. To acknowledge that the significance one experiences while feasting with friends and family is indeed real and true.

I’ve always been struck by my friend Peter Leithart’s quip, “I thank, therefore I am.” You see, the tension an atheist feels at Thanksgiving can be resolved by viewing the dinner table as a clue, a pointer, a roadmap to follow.

Once the gifts of food and feasting are seen as such, the Gift Giver will be found. And to find Him is to thank him, and to thank Him is to truly find one’s own self. After all, does anyone feel more alive than when they’re eating, laughing, and praying with friends and family? No.

So, this Thanksgiving might we all take, eat, and thank.