How Abortion Poisoned Our Politics (and Everything Else) - Breakpoint
How can we respond to those around us with truth and love? Give today to receive this month's featured resource.
Skip to content 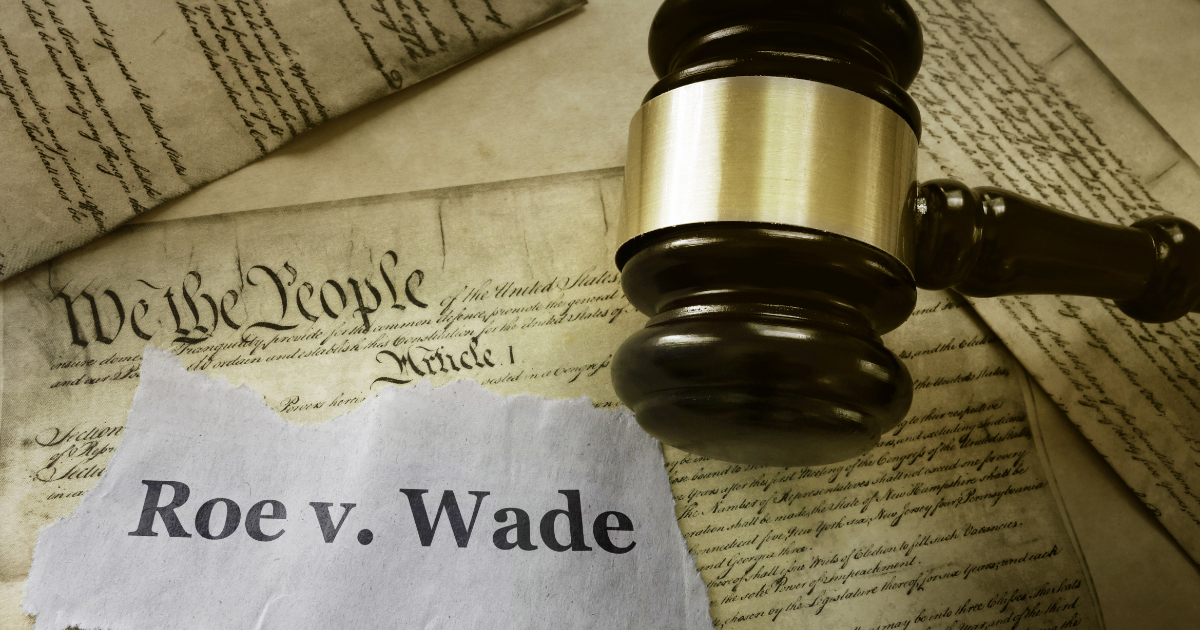 
How Abortion Poisoned Our Politics (and Everything Else)

The Drama Over Replacing Justice Ginsburg

President Trump has promised that his nomination to replace the late Supreme Court Justice Ruth Bader Ginsburg will be announced on Saturday. And, now that Senator Mitt Romney has committed to support the process, it looks probable, perhaps likely, that Mitch McConnell could succeed in seating a new justice before the November election. Democrats will, of course, fight against this with, to quote Nancy Pelosi, “every arrow in their quiver.”

The death of Justice Ginsburg raises an incredible number of questions on a ton of issues, from the rules and norms of Supreme Court nominations, to the legacy of this historic member of the Court, to just how a Justice becomes a pop-culture icon to the future of Roe v. Wade. Earlier this week, Kim Colby, director of the Center of Law and Religious Freedom for the Christian Legal Society, joined me on a special edition of the BreakPoint Podcast to talk through each of those questions. (Click on the link below to listen or subscribe to the BreakPoint podcast wherever you get your podcasts.)

Justice Ginsburg was truly an historic figure as a pioneer for women’s rights and women’s equality. A towering intellect who relentlessly followed her worldview, she was also among the political left’s most effective champions. As Dr. Albert Mohler put it recently on The Briefing, “This is for the left as big a loss as was several years ago experienced by the right with the sudden death of Justice Antonin Scalia.”

Her legacy, however, will always be, to quote Kim Colby, “very much tarnished by the fact that she equated women’s advancement” with abortion, something “not good for women or the little girls who are aborted.” Deeply committed to the sexual revolution’s version of feminism, in which the procreative capacity of women is seen not as a good to be celebrated but as a problem to be solved, Ginsburg fiercely protected legalized abortion, including later-term, sex-selective, and disability-targeted abortions. In 2019, she even chided Justice Clarence Thomas on the topic, saying “[A] woman who exercises her constitutionally protected right to terminate a pregnancy is not a ‘mother’.”

Ginsburg was very much a protector of the dark and destructive legacy of Roe v. Wade, at least part of which has become the kind of brutal, divisive, and cruel confirmation hearings we are all now bracing for. As the Heritage Foundation’s Ryan Anderson has said, not only are abortion and Roe great evils against children, but they poison our entire political and judicial systems.

Like the dreadful Dred Scott decision on slavery, Roe is a decision that deals with the very heart of what it means to be human. And like Dred Scott, the Court got Roe wrong. This country, especially African American communities, are still paying the price for getting Dred Scott wrong, as we’ve seen even this summer. And, this country is still paying the price for the Court getting Roe wrong, both in terms of millions of lives lost and families destroyed, as well as our deeply poisoned political system.

Both Republicans and Democrats will appeal to “principle,” selective histories, and suddenly important so-called “norms” in order to blame the other side for the awful vitriol called “Senate confirmation hearings.” But make no mistake, it wasn’t about principle in 2016 when Republicans refused to consider the nomination of Merrick Garland, and it’s not about principle now when Democrats wish they could refuse to consider the nomination of Ginsburg’s replacement. There’s nothing unconstitutional about bringing a nominee before the Senate 40-some days before an election, any more than changing the 60 vote rule to 50, or refusing to consider a nomination in an election year.

It’s never been about principle. It’s always been about politics. And our politics have been deeply poisoned by abortion.

Amy Coney Barrett, thought to be among the finalists for the nomination, already experienced just how poisonous the nomination process is, when her Catholic faith was attacked by Senator Diane Feinstein during her confirmation hearings for the 7th Circuit Court. “When you read your speeches,” said the liberal Senator from California, “the conclusion one draws is that the dogma lives loudly within you.”

At a 2006 speech to the graduating class of Notre Dame’s law school, Barrett said, “Your legal career is but a means to an end, and . . . that end is building the kingdom of God. . . . [I]f you can keep in mind that your fundamental purpose in life is not to be a lawyer, but to know, love, and serve God, you truly will be a different kind of lawyer.”

That’s the kind of loudly living dogma that alarms her critics.

Catch my conversation with the Christian Legal Society’s Kim Colby on the BreakPoint Podcast. And pray for the nominee whoever she is, as she will face personal attacks and blistering opposition. But most of all pray for our nation–and for the lives at stake.

The Legacy of Ruth Bader Ginsburg, Roe v. Wade, and the Future of the Court

Faith and family: A look at Judge Amy Coney Barrett