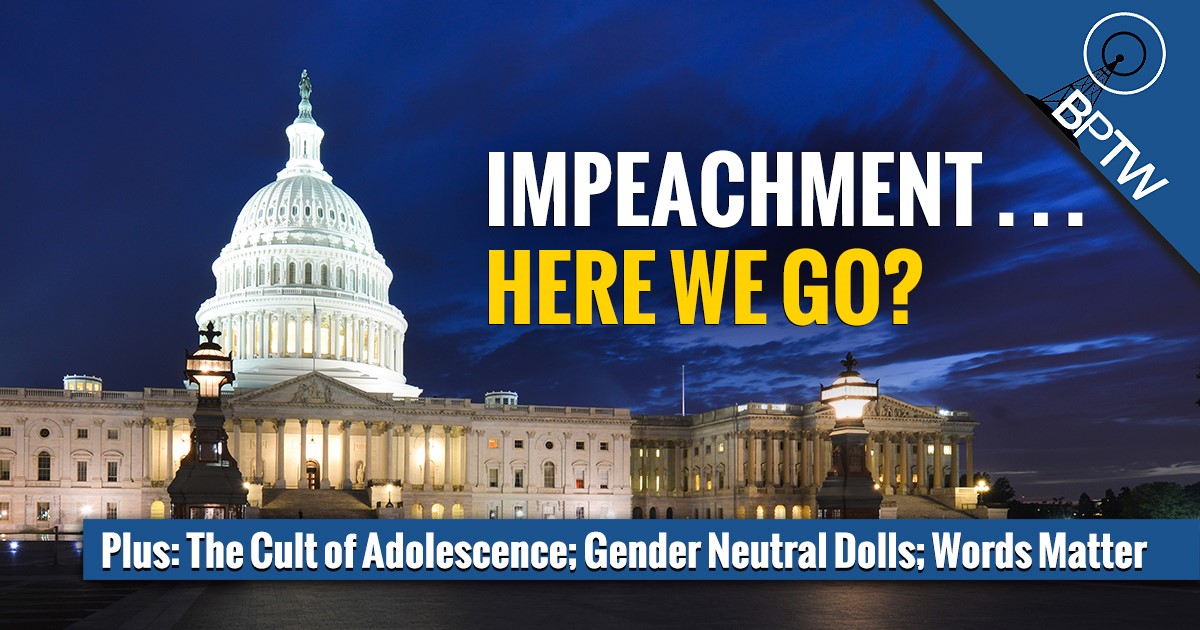 Plus: Greta Thunberg and the Cult of Adolescence; Gender-Neutral Dolls; Words Matter

John Stonestreet and Warren Smith discuss what might lie ahead with the “impeachment inquiry” into President Trump’s phone call with the president of Ukraine. But they also look back at Chuck Colson’s Christian and political perspectives on Watergate and past impeachment proceedings.

Also on today’s broadcast: How is it that teenager Greta Thunberg is lionized for her performance at the UN, where she dressed-down adults (actually screaming at them) over climate change.  Since when did teenagers become the sages of public debate and policy? John and Warren also share their thought’s on Mattel’s new gender-neutral dolls (and how parents need to think about them) and Merriam Webster’s decision to use the plural pronoun “they” for individuals who describe themselves as “non-binary.”