Jack Phillips Legal Battles Continue - Breakpoint
Give today to learn what it means to be a thoughtful Christian!
Skip to content 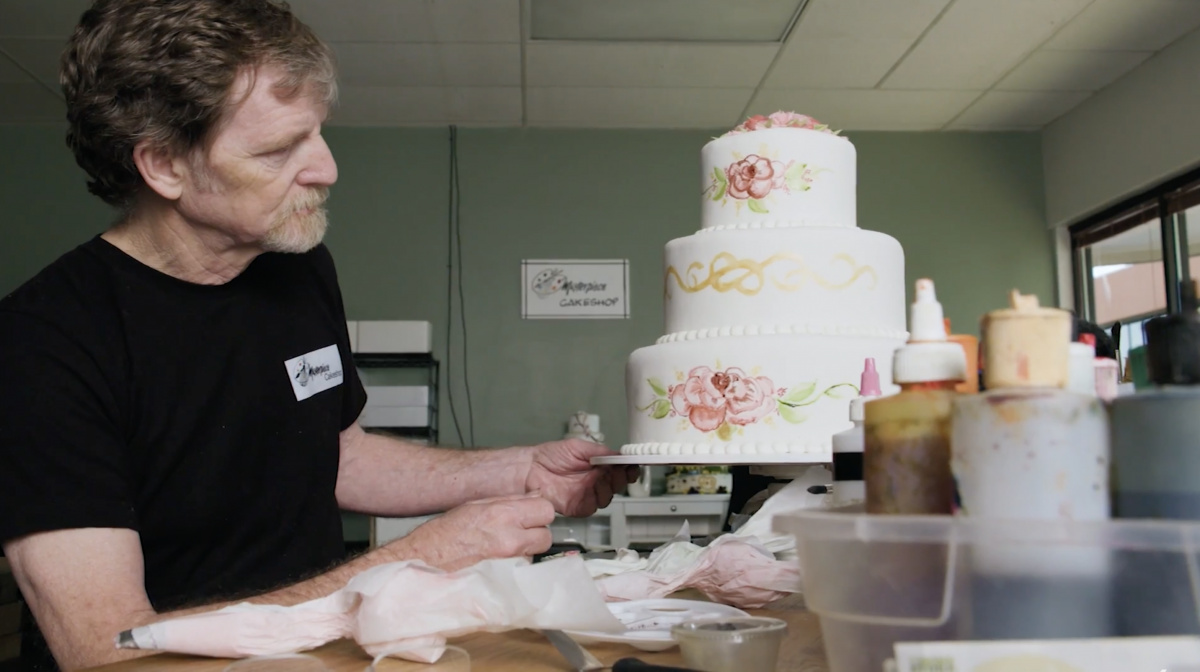 On June 4, 2018, it looked like Jack Phillips’s long legal nightmare was finally over. The Supreme Court had ruled in his favor in the Masterpiece Cakeshop case, overtly rebuking the Colorado Civil Rights Commission for attempting to coerce him into using his artistic skills to endorse a message and then slandering his religious views in the process. Finally, after several years of fighting, Jack could return to his business and his artistry without compromising his faith.

Or so he thought.

On the very day that the Supreme Court agreed to hear his case, June 26, 2017, local Denver attorney Autumn Scardina called Jack and asked him to create a pink and blue cake celebrating his “gender transition.” Phillips’s staff replied that his religious beliefs precluded him from creating a cake to express that message. By the way, that was Scardina’s account as well—at least at first.

In March 2019, Colorado officials announced that Scardina’s case before the Commission had been dismissed with prejudice. Finally, the end of the story, right? Wrong. Scardina responded by filing a private lawsuit alleging Phillips had violated Colorado’s anti-discrimination laws.

Scardina’s personal vendetta to get Jack faces two significant obstacles. First, his original complaint with the Commission was dismissed with prejudice. In other words, Scardina has had his day in court. Second, Scardina has told different versions of the events of June 2017. Initially, Scardina admitted that Jack had, because of his religious beliefs, declined the request to create a custom pink and blue cake in order to celebrate a gender transition. In the private suit, Scardina changed stories, suggesting that Jack turned down a request for a simple pink and blue cake only after learning that Scardina identified as transgender.

With that changed story, Scardina also accused Jack of violating Colorado’s consumer protection laws with false advertising. Though no one would consider news articles and a fundraising site for a Supreme Court case “advertising,” Scardina pointed to them and to Jack’s claim that he chooses to create cakes based on the message they convey, not the sexual orientation or gender identity of the customer. As the Alliance Defending Freedom has pointed out, even if Jack’s statements are stretched and called “advertising,” they still are not  a “promise to create every cake requested of him, no matter the cake’s message.”

Scardina’s claims are farcical, but the judge refused to dismiss the case completely. Instead, he permitted Scardina to file an amended complaint — twice. In the second amended complaint, Scardina claims to have requested the cake out of pity for Jack, after hearing how much business Masterpiece Cakeshop had lost. Jack’s lawyers at ADF are opposing this motion.

At this point, Jack Phillip’s latest trial is scheduled to begin in March. The stakes are enormous. If Scardina prevails on the consumer protection claim, Jack could potentially have to pay hundreds of thousands of dollars in lawyer’s fees. This would put him out of business for good.

Jack’s legal battles have gone on for nearly a decade. He lost his wedding cake business, and tens of thousands of dollars in time and lost revenue. The Alliance Defending Freedom has been with him every step of the way, but he needs our support as well. After all, he is fighting a battle for our freedom as well.

Please pray for a successful outcome in this trial. Pray for Jack’s strength and courage. Pray that Scardina will have a change of heart and will just leave Jack alone.

Additionally, consider supporting Jack financially. If you are able to purchase goods and services from him directly, I can assure you he hasn’t lost his touch. There’s also a page where you can donate to support him.