Leaving Church - Breakpoint
How can we respond to those around us with truth and love? Give today to receive this month's featured resource.
Skip to content 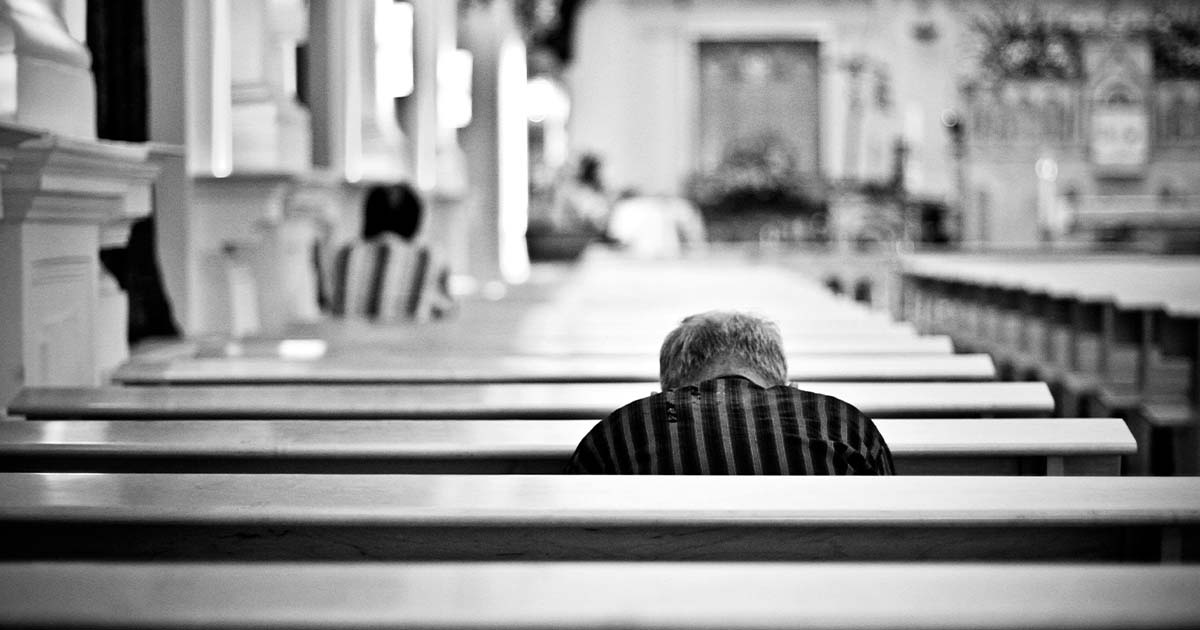 The pandemic policies, social unrest, and political division that’s left so much of our culture on edge have created quite a bit of tumult for churches, too. A few weeks ago, in a blog at Mere Orthodoxy, Pastor Michael Graham offered a new way to categorize how Christians are reorganizing amidst the chaos.

Long gone are the days when believers automatically joined the church down the street. Even denominational loyalties, theological convictions, and worship styles are not as important as they used to be. More and more often, suggests Graham, church shoppers are prioritizing political and social convictions. And the shopping process itself involves a kind of spy-craft, with phrases like “social justice” or “the sanctity of marriage” seen as stealth signs of belonging to one side of the aisle or the other.

Of course, the risk of judging an entire congregation or denomination wrongly via this process is dangerously high. Not only does the “aisle” metaphor fail to acknowledge that a spectrum of views exists on many issues, especially the most controversial, but the so-called “aisle” itself is too often being drawn with only political concerns in mind. Not to mention most buzzwords are left undefined, and therefore unhelpful. In short, the “fracturing of evangelicalism” currently happening is mostly not good.

As the wider culture fractures in a million ways, the Church should look different. When it doesn’t, our witness suffers. Leaving churches over politically charged disagreements, without taking the time to explore the motive, practices, and beliefs behind them is just not biblically permissible. Leaving a church should be a last resort, like the choice to break up a family, not a knee-jerk response, as if we’re disgruntled shoppers.

Of course, even a quick look at the motives, practices, and beliefs of some church leaders, congregations, and denominations will reveal problems that must be addressed. If Samuel John Stone were writing his great hymn today, there’s more than enough consumerism, celebrity-ism, Christian Nationalism, and cultural Marxism afflicting the church to inspire these same mournful words:

Tho’ with a scornful wonder,

men see her sore oppressed,
by schisms rent asunder,
by heresies distressed,
yet saints their watch are keeping,
their cry goes up, “How long?”
And soon the night of weeping
shall be the morn of song.

Driving past six churches, some big and shiny, to find one faithful to the Gospel is a tragic reality for many.

Christians will find help in the various metaphors Christ gives for His Church: the “Household of God,” a husband and his bride, a “body” with many members and functions, a flock of sheep guarded and shepherded by Christ, and even brothers and sisters. Though living into these Biblical metaphors is incredibly difficult, especially at a time when political and ideological divisions are breaking even the bonds of family, it’s not difficult to see that a different metaphor is dominating our approach to church.

In short, Christians today approach churches primarily as consumers. We’re too picky when it comes to where we worship and why. We want the songs we like, and the preacher that “speaks to us.”

However, consumerism is a problem for church-goers, because it is first a problem for churches. Pastors face enormous pressure to fill pews and minimize conflict. Often, they are hired for their fidelity to the Scriptures and tasked with discipling a congregation, but are evaluated by completely different metrics. If you “give the people what they want,” it will rarely be the hard truths of the Gospel.

In this, “evangelical fracturing” is not new, but it is saddening. In the past, God has used “fracturing” to accomplish a “pruning.” It is His church. He will protect it, even from itself. May it be so today, too.

For as much time and effort we spend evaluating a church we plan to leave or join, we should spend at least that much on evaluating the motives and the criteria we employ in leaving or joining a church. Churches that misuse or rewrite the Bible, that choose the approval of men over God, or that serve temporal power more than the Kingdom of God should be left. At the same time, the biblical metaphors matter. We are family, not isolated gatherings of consumers. Issues matter because truth matters and morality matters, not because they are political hot buttons. We are employed by Christ for His Kingdom, not for protests, extra-biblical theories, or deconstruction.

More important than finding a church we like is that we are the Church He leads, seeking first His Kingdom and righteousness. With that in place, we can trust that anything else will be added, as God is willing.