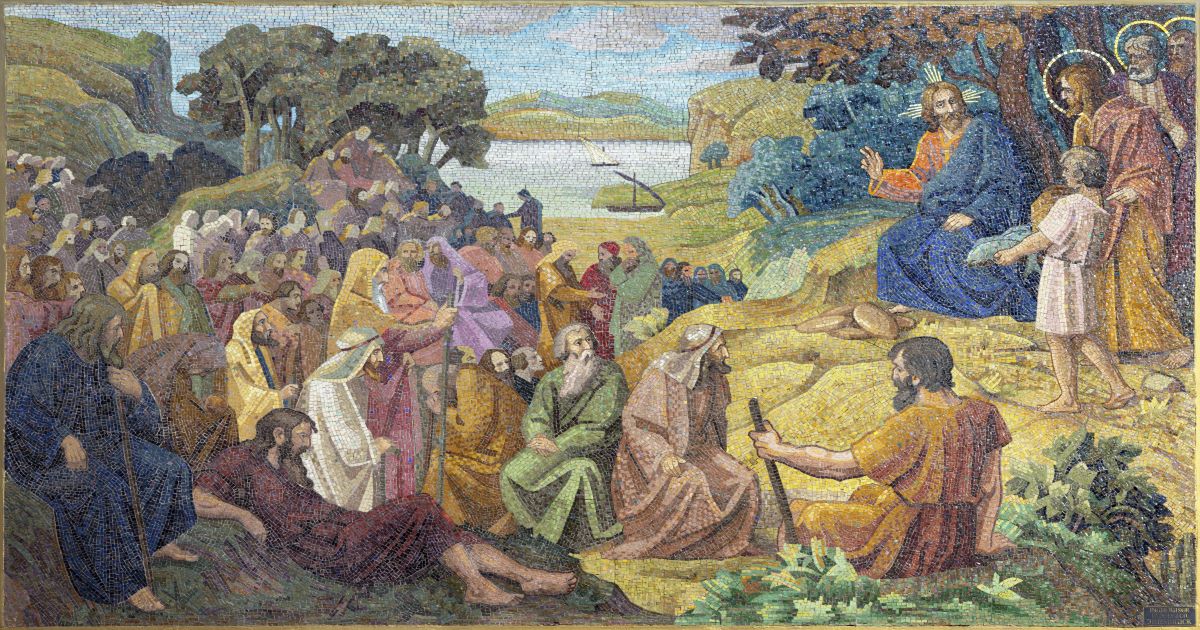 
Loving Like Jesus: Christian Ethics and Our LGBT Neighbors

With the holidays approaching, we can all look forward to fun, fellowship . . . and awkward family dinners. Inevitably, a close or distant relative will take it upon himself to progressive-splain to the rest of the clan just how outdated and unchristian are the church’s traditional stances regarding LGBT matters.

The general conversation goes something like this: You shouldn’t take a public stand on such issues because that isn’t following Jesus’ example. Christianity is about loving people and bringing in the outsider, so you should follow Christ’s pattern of not rejecting people. Instead of “deadnaming” and refusing to participate in gay weddings, Christians should adopt preferred pronouns and love people where they are, without a hint of condemnation on our lips.

In one sense, these enlightened critics are right, but only to a point. Jesus dined with sexually immoral prostitutes, socially immoral tax collectors, and self-righteously religious Pharisees. He reached out to all, and we ought to do the same. As Christians we cannot pick and choose one kind of sinner to love over another and still claim Christianity.

Besides, even if we wanted to stay aloof from sinners, that’s a plan with no practical outlet. An in-group consisting of non-sinners alone would have but a single member, and none of us is Him. Jesus has been the only human to live His life without sin, and the right to cast the first stone He reserves for Himself.

Remember, every single person Jesus interacted with was a sinner, not just the scandalous ones. Assuming we can manage that, we still must distinguish between going to a party with a sinner and becoming a party to his sin.

Now, it’s tempting to look at Christ’s fellowship with sinners in His day as justification for a full-embrace of those in ours, but there are a few things we need to hold in mind. For one thing, we must keep a sharp eye out against selecting those sinners we’d like to love while neglecting those we’d prefer to disdain. Remember, every single person Jesus interacted with was a sinner, not just the scandalous ones. Assuming we can manage that, we still must distinguish between going to a party with a sinner and becoming a party to his sin.

I had a neighbor who was a medium, in the crystal ball sense of the word. Her kids played with ours, and we did the normal neighborly things. If she’d asked me to help post signs about a lost dog, then, all else being equal, I’d be compelled by my Christian faith and ordinary human decency to lend her a hand.

But, what if it wasn’t about a dog? What if, instead, she wanted help handing out flyers for her fortune-telling business? The very same act, passing around papers, would have very different meanings depending on the purpose behind it. The one would mean helping a sinner; the other, helping her sin. As Christians, we must be careful to know which is which.

While these principles certainly apply to whatever sin we happen to face, it’s fair to ask how this would play out in the popular and pressing example of gay weddings. Would Jesus have gone? I think we have to say that the answer is “No.”

Now, some folks are going to read that and say, “But, He hung out with society’s outcasts. Surely, He’d have gone to a gay wedding. You’re corrupting the pure message of love He preached!” This is to confuse acts intended as love with love itself. It is to focus on the good we hope to do rather than on the good (or ill) we may accomplish. It is to focus on our act of love rather than its effect on others.

There’s nothing morally compromising about going to a dinner party with sinners - gay, gluttonous, greedy, or what-have-you. Nor has anyone attended a wedding where the bride and groom weren’t guilty of something.

Think of I Corinthians 10 where Paul warns his people about idolatry. The Apostle makes it quite clear that simply going to dinner with idolaters doesn’t make the Christian guilty of idolatry. If, however, the host mentioned that the food had been part of a sacrifice, then the Christian must decline to eat. Notice, Paul’s focus is not on the believer’s faith but the unbeliever’s well-being. It is the same issue with our contemporary concerns.

There’s nothing morally compromising about going to a dinner party with sinners – gay, gluttonous, greedy, or what-have-you. Nor has anyone attended a wedding where the bride and groom weren’t guilty of something. Our presence as such events doesn’t cause us harm and, in fact, reincarnates the acts of love Christ demonstrated in His life and prefigures His great wedding banquet that is still to come.

Just as with Paul’s example, a Christian’s presence at a gay wedding will not, in itself, damage our souls, but we must be concerned with more than our own well-being. We must think also of the harm we will do to others by hiding from them their self-harm of their sin or hiding the way it moves them far from God. Just as it’s hardly loving to encourage someone to continue their substance abuse or eating disorder, supporting someone’s moral disorder may make us feel good, but it makes them worse off.

Jesus spent time with the famously sinful. He dined with them, He laughed with them, and He talked with them. He loved them. He did all of this knowing more of their sins than they did themselves. What He did not do was to blind them through word or deed to the nature of their sins. His love for them was expressed by meeting them where they were yet calling them to reject where they were. No matter the sin at stake, this is to be our constant practice as well.

Our priorities as Christians must be on loving the people around us and not just on being known as those who do. Christians are called to live out the love Christ had for us, but it is no true love to live in such a way that we deceive people about the danger of their sin. No matter the sin, no matter the sinner, we must love others in a way that encourages them to look not to their sins or our feeble love but to Christ who alone can save them from their sin.