Meaningless, Meaningless! Everything is Meaningless! - Breakpoint
How can we respond to those around us with truth and love? Give today to receive this month's featured resource.
Skip to content 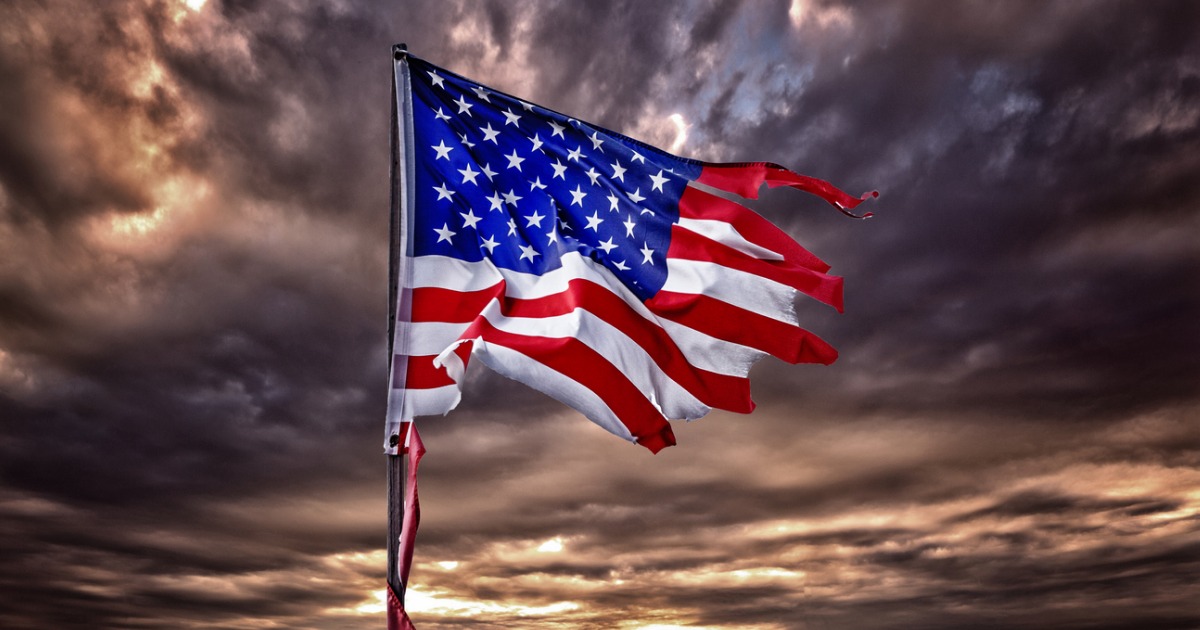 “Whither is God?” he cried; “I will tell you. We have killed him—you and I. All of us are his murderers. But how did we do this? How could we drink up the sea? Who gave us the sponge to wipe away the entire horizon? What were we doing when we unchained this earth from its sun? Whither is it moving now? Whither are we moving? Away from all suns? Are we not plunging continually? Backward, sideward, forward, in all directions? Is there still any up or down? – Friedrich Nietzsche, The Parable of The Madman

In a godless culture, politics offers a feeble imitation of purpose and identity in our apparently meaningless lives, but the truths encapsulated in the Christian Worldview provide us with both meaning and the means to engage with one another in the public square.

With the Kavanaugh hearings going into what seems like their third year, the national discussion rumbles along its predestined path. I say predestined because there’s something rather fatalistic about all this. The way people are reacting, it’s almost as if the facts of the matter aren’t as important as the chance to pontificate.

Ask yourself this: how many people’s opinion of Judge Kavanaugh is indicated by their attitude towards President Trump? Oh, there’ll be some outliers out there, but I’d bet there’s a high correlation. Some folks have been withholding judgment, but the loudest voices have come from those whose opinions were secured long before anyone had heard of Christine Blasey Ford.

When it comes to the politicians enacting their prescribed roles, it’s easy to get cynical and wonder which thing they care more about – allegations of sexual misconduct or the ready-made opportunity to agitate their base. But, since histrionics, flip-flopping, and grandstanding are politicians’ stock-in-trade, complaining about this would be rather like fussing that the rain is wet.

With ordinary folks, it’s a bit harder to figure out. Now we may say that this one case is so intense because the stakes are so high. There are few more contentious concerns today than abortion and #Metoo, so that could be why everyone seems on edge about what should be a dull Congressional disputation. That makes sense, but it doesn’t quite explain everything, does it?

As a culture, we’ve lost something. Logic, consistency, and simple discussion have become passé as previously inconceivable positions are staked out. Yesterday’s critics of hard-line positions have become ardent defenders of the policies they once derided. Leaders of political parties have little to say when one or another of their adherents uses intimidation and force to silence critics. Murderous ideologies, both left and right, responsible for the slaughter of over 100 million, have been embraced by growing numbers of our fellow citizens.

There’s something rotten in the states of America. I’ve already written here, here and here, about our society’s dismal ability to engage with itself, but there seems to be more going on than uncivil tones. There’s something personal about it.

We treat challenges to our political positions as intrinsically offensive and appeals to facts or argument as either malicious or treasonous. Moderation and calls for nuance are suspected, as this suggests an insufficient zeal. We’ve become like the ancient Athenians during the Peloponnesian War who embraced extremism as a virtue. The greater the passion, anger, and indignation, the greater the sense of purpose.

With the absence of God in our collective lives, whether as a person or simply a concept, we’ve lost any sense of meaning or purpose. For many, our socio-political causes fill that God-shaped-hole in our hearts, giving us an identity and helping us to see how we fit in with others.

Politics has become a substitute religion, providing for us what we so desperately need from God but cannot find since we’ve insisted we have no need of Him. Lacking any ultimate meaning, we create one by an act of the will.

For years we’ve been told that there is no God, or, if there is one, He is too distant to hear, too unknowable to understand, or too nebulous to have any certainty about. Yet, we need Him.

Like children who need their parents to tell them who they are, we need God to give us that same sense of meaning and purpose, of order and ethics. We need it so much that if, by false teaching or willful ignorance, we are denied that connection to the divine, we will create our own “god” to give us this identity.

As these fragile imitations of true shalom grant us our inner peace, we lash out at anyone who dares to challenge our ephemeral gods. Since these flimsy deities are based not on the reality beyond ourselves but only on our mental projections, we cannot be swayed by argument, logic, or evidence.

We believe what we believe . . . because we believe it. Culturally, we’ve seen in movies for years, where the protagonists follow their hearts regardless of any external consideration. Theologically, it’s like fideism, having faith in our faith and not in any object of our faith. Philosophically, it’s akin to Existentialism, a school of thought that seeks meaning in a meaningless universe. Now, few are going around with copies of Camus, Sartre, and Kierkegaard in their back pockets, but we’re living like Existentialists, just the same.

When I take a stand on an issue, I’m not really engaging anything out there in the world so much as I am declaring my identity, my significance, and my essence in that world. By joining myself to a grand cause for truth, justice, and the American way, I express myself and, by that expression, give a sense of meaning to my otherwise meaningless life. By being a part of something significant, I become someone significant, or at least get to feel that I am for a moment.

Think about the political rhetoric being tossed around in the past few years. How many times have we said, “Let your voice be heard!” “Make a statement!” “Take a stand!” or “Make your presence felt!”? What’s the reaction when someone chooses to “remain silent” on an issue others have chosen to speak out upon? How many protests are made up of people with precious little idea what they’re marching about? What do such things have in common?

Each of them is a call to you, for you, about you. The content doesn’t matter. The facts of the case don’t matter. The rights and wrongs, the unintended side-effects, the practicalities of actually changing something – none of these things matter. The focus is on you identifying yourself with something, being a part of the movement, and securing meaning by declaring to the void “I am! I matter!”

Where will this end? Nowhere good, I’m afraid. If there’s no God, then your priority for life is just as valid as mine, and mine is just as invalid as yours. It’s a Mad Hatter’s Tea Party where everything is topsy-turvy. Right and wrong, justice and injustice, logic and foolishness: all of these become mere expediences, liable to be overturned by the next meaningless moment.

But, personal beings cannot live like this. We must have meaning, or at least a facsimile of it. Finding none, we will create one out of whole cloth, regardless of how little resemblance it bears to reality. As much as we might wish it otherwise, this solves nothing.

When my reasons for holding positions have nothing to do with the real world, then I will have little patience with those who do not share in my dreams. If all that matters is that I take a stand, any stand, for justice, it doesn’t matter whether justice is actually done. How will you and I communicate or come to common purpose if there is no common ground, if we are each making reality up as we go? In a create-your-own-adventure of political discourse, the priorities of others and the practicalities of life are unwelcome guests.

Are we without hope, then? Absolutely . . . in a godless world, anyway.

So, strive for a better world, but be aware that this world will bear the marks of the Fall until the End. Fight for justice, but be sure to check your opinions with the ultimate Judge. Call out those who are at fault, but watch that you don’t drag images of God through the mud. Speak the truth at all times, but align your thoughts with the Author of truth.

Christianity offers us hope, hope that was dashed when we banished the Faith from our lives. We tend to think of God’s presence as something restrictive, but we couldn’t be more wrong. The reality of God is liberating. The objectivity of God relativizes our subjective impressions and forms the basis for mutual communication and enables us to work for His Shalom and to have meaningful communication with one another. We don’t have to come up with our own truth, meaning, or identity. He has provided it all.

Trust in the Lord with all your heart, and do not lean on your own understanding. In all your ways acknowledge him, and he will make straight your paths. – Proverbs 3:5-6