Pride and Penitence: Jane Austen and the Reality of Evil - Breakpoint
What makes the Church essential? Click here to learn more.
Skip to content 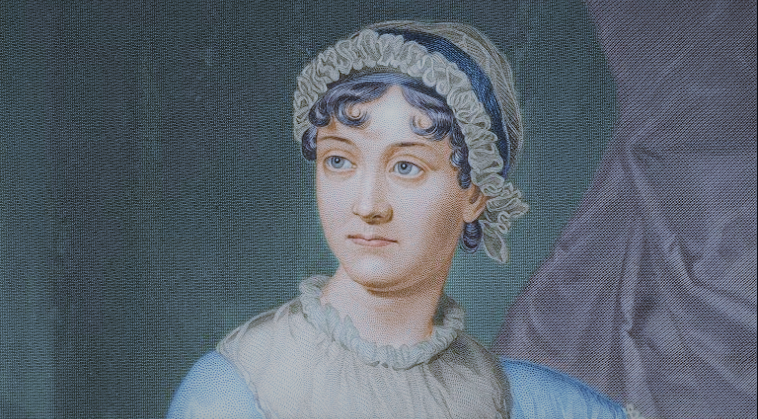 
Pride and Penitence: Jane Austen and the Reality of Evil

When it comes time to consider the depth and breadth of evil in this world, we inevitably turn to historical moments like the Holocaust, American Slavery, or maybe tyrants like Mao and Stalin. If we’re of a literary bent, then maybe our peering into the darkness of the human heart will take us to the words of Stephen King, Edgar Allen Poe, and, of course that expert on sin and corruption, Jane Austen.

Okay, so despite her longstanding popularity, we don’t normally go to a novel of manners to examine the darkness within. We look back upon such writings with an attitude of benevolent condescension. We see Austen’s demure young women with gowns, dances, and matrimonial fascination as just another exercise in naiveté to be put alongside our children’s worlds of make believe.

Ironically, it is we who are naïve. Sure, we believe in evil, but only in a localized form, a form where it may be found in others and kept safely distant from ourselves. We tend to think that sin and evil, if we think of them at all, are only to be found in the bogeymen of the world. We’re quite comfortable to think that there was a Hitler, a Jeffery Dahmer, or a Jack the Ripper. We may even think our boss or neighbor is selfish or demanding, but there are two places that we are not likely to see sin. One is in our own hearts and the other is in the ordinary things of life. To the sophisticated mind of our age, sin is for other people and for serial killers.

Despite her facile reputation for childlike innocence, Jane Austen’s tales betray no such utopian stain. Reading through her works you don’t find a world of politeness where the greatest grievance is an uncouth remark. Nor do you encounter a vision of life wherein the heroes and villains can be distinguished with the briefest of glances. In fact, over the course of these stories, her characters turn on the hinge on their ability question their own rightness and to wonder if they could be wrong.

In the remarkable worlds she created, and continues to create in her readers’ imaginations to this day, you find a reflection of reality where the most intense human pride burns no brighter in the hearts of her villainesses than in her heroines. Her male antagonists like Wickham, Willoughby, and Frank Churchill are just as knavish as her female nemeses, but there’s something delightfully lived out about the parallel between the accepted sins of her womanly offenders and the repentant failings of her leading ladies.

There are few among Austen’s creations whom readers so love to hate as the most eminent Lady Catherine De Bourgh in “Pride and Prejudice.” She ranks so high in our memories if for no other reason than we all love to see such high pretension receive its due comeuppance. In her mind there simply are ways that things are supposed to go, and these ways just so happen to coincide with the shape of her own will. She is the Lady Catherine De Bourgh and everyone else is . . . well, not. People exist for her pleasure, and it only makes sense that their greatest joy would be to be with her.

While the noble Lady Catherine is truly hateful, Mrs. Elton of “Emma” is merely annoying. It may seem strange that I wish to strangle a fictional character, but for many readers, doing such to Mrs. Elton is understandable. There is nothing in the world that she does not see herself the proper person to judge full value. Though she half-hides it behind a smug smile and false humility, she preens in her self-satisfaction and presumption and never doubts for a moment that she knows what is best for everyone. She must have the best opinions, the most illustrious acquaintances, and the very last word.

While not villainesses in any way, into this rogue’s gallery must go also Mrs. Bennet and her mini-me, Lydia of “Pride and Prejudice.” These two Proverbial fools nearly form a unit in the storyline, with each one enacting the same motivations and shifting only on account of the cards dealt them. Their respective fates of stability or chaos differed not by fundamental distinction but only by circumstances. With this mother-daughter pairing, the same vanity which shows up in Lady Catherine and Mrs. Elton as elitism manifests here as sheer foolishness. Yet it is the same blindness to the needs, concerns, and even value of others which characterizes them, too.

As deliciously repellent as these and others of Austen’s villainesses might be, it is in her heroines that her most interesting presentations of human sin come forth. Had she been what so many think her to have been, a woman who shied away from the ugliness of life and kept to the polite society of imagined parties, her characters would have been neither so memorable nor so believable.

It could be argued that Marianne Dashwood is not properly the heroine of “Sense and Sensibility” and that this honor should go to her sister, Elinor. While it may be true that Elinor takes center stage of the novel, if any of us had actually been there it is unlikely that Marianne could have been overlooked by anyone. Her zest for life is such that, like a summer storm, you could wish her gone, but you could never pretend she wasn’t there.

As bracing as this may be, this very passion leads her down some dark paths. Her overconfidence and lust for life could have easily landed her among the vain villainesses but for one key characteristic. She listens. It may take her quite a while to come around, but come around she does, accepting that her earlier certainty blinded her to the reality of good and bad in the world.

Emma Woodhouse is a character that Jane Austen said nobody would like but her. I don’t know about that. She has been my favorite heroine of all these novels. Perhaps it is her sunny disposition that keeps her from being what she loathes the most, a Mrs. Elton with better tact. However, she also suffers from the myopic effects of pride. In fact, she is spoiled to the core. Her high intelligence and unfettered existence lead her to think that if she thinks a thing it must then be so, and this confidence leads her to meddle as much in the lives of others as any.

Yet when she is faced with the effect of her failings upon the lives of others, she chooses another way. She has sympathy with those she has pained and works not only to console them but to change her own character to love them better. She, too, listens. She hears what others have to say and has a healthy introspection, and these things together lead her to repentance, not merely to self-pity.

Elizabeth Bennet’s flaws are actually quite well known. After all, none of the other heroines has her particular failing emblazoned in the title, “Pride and Prejudice.” As with those before her, it is her all too high self-regard that leads her to make her most serious misjudgments. She has such confidence in her own powers of observation that she doesn’t question her initial impression until it is far too late. After hearing only one side of a story, she has full confidence that this limited understanding is unassailable. At times, the harm she inflicts through her witty words are no less caustic than had they come from one of Austen’s true villains.

This vanity is no small thing, as it takes Elizabeth the bulk of the book to overcome her initial preconceptions. She does learn, and she is mostly to be found on the side of right, but this does not shield her from mistakes born of an unduly high appreciation of her own wisdom. In reaction to her failures, Elizabeth turns in repentance. She confesses her errors and works to mend the harm that she has done. There is no pretension that she has no flaws or any attempt to say that they are not her own responsibility.

The difference between Austen’s heroines and their evil twins is not that some were good while others were bad. Each has the very same intense pride and self-satisfaction. Marianne’s passion for life could have easily devolved into a Mrs. Bennet or, better yet, a Lydia, carried away by her impulses. The young Emma’s elitist arrogance could have grown into a latter-day Lady Catherine. Elizabeth’s critical nature could have morphed into another snide Mrs. Elton. What kept the former in each case from becoming the latter was not the presence or absence of sin in their lives but rather the willingness to listen to voices contrary to their own and to repent in humility.

What is true in the fancies of great literature is true in the tumults of real life. Despite our many pretensions to the contrary, this genteel lady of long ago saw human failings with greater clarity than our own “sophisticated” age allows us even to glimpse. Jane Austen saw that pride blinds the one it possesses.

It is only when we see that all have sinned and fallen short of the glory that true goodness can be found. When the tax collector in Christ’s story went from prayer absolved of his sins while the Pharisee left yet condemned, it was hardly that the “sinner” had less to be sorry for than his “religious” compatriot. The Bride of Christ was then and is now made of tax collectors and Pharisees alike. We all have the same pride in our souls, and the pathway out follows the same road of repentance.

[Editor’s Note: A version of this article first appeared in Critique. You may view that here.]