Pride: The Deadliest Sin - Breakpoint
Give today to learn what it means to be a thoughtful Christian!
Skip to content 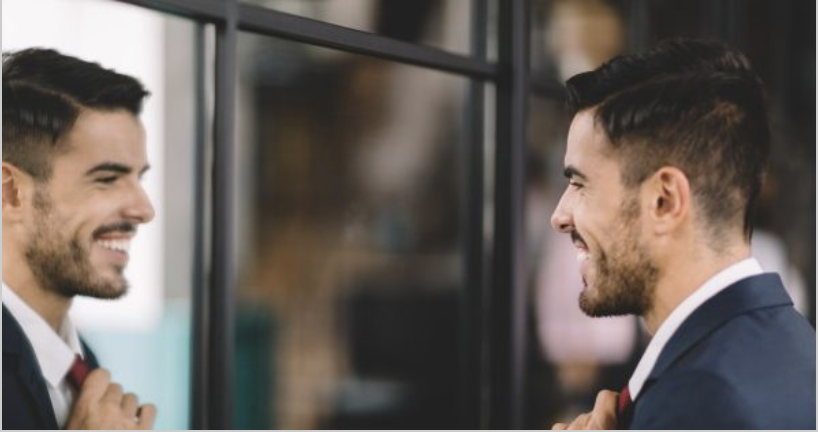 The Seven Deadly Sins and Their Antidotes

In our culture, it can be difficult to see pride as a sin. We talk about taking pride in our work and being proud of our heritage. We are proud of our children and of our accomplishments. We work hard to instill self-esteem into our children, another word for pride. So why is pride considered not merely a sin, but the worst of all sins?Even in the secular world, some forms of pride are unacceptable (except perhaps in celebrities!): boastfulness, arrogance, self-centeredness, treating others with contempt, all are recognized as wrong by the culture. In Christian theology, these certainly qualify as sin, but the real problem is found in the underlying attitude that these things reveal, an attitude that can be present even if unaccompanied by these behaviors.

...when we see ourselves as better, when we assume we should be over or ahead of others because of who we are, we have fallen into pride.

The sin of pride (Latin superbia, or arrogance) is found in our craving for superiority over those around us and that sees other people as inferior to us. At times, it may be appropriate to see ourselves as better at something than another person—for example, if you’ve ever golfed or played tennis, you are sure to be better at it than I am—but when we see ourselves as better, when we assume we should be over or ahead of others because of who we are, we have fallen into pride.

One obvious way pride can manifest itself is in the desire to be the center of attention in any group, the life of the party, or to be treated like E. F. Hutton, so that when we speak, people listen. Along with boasting and constantly trying to one-up the people around us, this is one of the most obvious expressions of pride.

Our successes can also lead to pride. The stereotypical picture of the high school quarterback who thinks he’s better than all the nerds and “losers” in the school is one example of this, but even among adults this attitude is distressingly common: people with professional credentials or success in business who lord it over those under them; college professors who think that because they are experts in one field they are experts in others; celebrities who see themselves as economic or political experts who can tell other people how to live their lives; wealthy people who believe their financial resources give them greater insight into the world; college students who think they are superior to the people who went into the trades; the list of those whose success leads to pride is nearly endless.

Similarly, pride can manifest itself as unwarranted confidence in one’s own abilities. The student who doesn’t bother to study because she’s smart or the worker who doesn’t prepare for a meeting or an assignment because “he’s got this” are both guilty of pride manifesting itself as acedia (sloth).

Looking down on others because they are not a member of the appropriate group is yet another form of pride. This includes the obvious examples of racism and sexism, but it is also found in contempt for liberals or conservatives or members of another political party or people who do not have the right views on Global Warming or eating vegan or virtually anything else, including religious beliefs.

… a “dark side” of high self-esteem may elevate success over well-being, manifest more group favoritism, blame others for one’s own shortcomings in relationships, put others down by comparison, think more highly of their value to others in relationships than is actually deserved, tend to overvalue the contributions they make to the group, exhibit some antisocial behavior such as bullying, and be defensive, narcissistic, arrogant, conceited, egotistic, and aggressive. (pg. 174)

This matches the description of pride in the ancient monks.

It was just this kind of pride that led Lucifer to challenge God’s authority, turning the archangel into Satan. And this is what gives pride its deadly force. Pride inevitably sets us in direct opposition to God.

The most dangerous form of pride is spiritual pride. This again takes many forms. It can make us like the Pharisee in Jesus’ parable who boasts about his own righteousness before God while deriding his fellow man (Luke 18:9-14). Our spiritual devotion, our spiritual attainments, even the overcoming of a sin in our life, can easily lead us to think of ourselves as being spiritually mature, on better terms with God because of our spiritual success rather than because of His grace—in the process implying that we have progressed beyond the need for grace and so we can approach God on our own merits or even as a colleague or equal.

To the ancient monks who studied these sins, this was the most alarming aspect of pride: it turned genuine spiritual successes into occasions for sin because they could move us to think more highly of ourselves than we should. The more we mature in our faith, the more consistently we live it out, the closer we grow to God, the more we are in danger of falling into spiritual pride.

It was just this kind of pride that led Lucifer to challenge God’s authority, turning the archangel into Satan.

And this is what gives pride its deadly force. Pride inevitably sets us in direct opposition to God.

Consider: what gives humanity its unique dignity? Biblically, it is the fact that we are made in God’s image. So, for example, Noah is told that “whoever sheds the blood of man, by man shall his blood be shed, for man is made in the image of God.” (Gen. 9:6) In other words, an attack on another human being is an attack on the God in whose image that person is made.

Similarly, Jesus immediately links the command to love God with the command to love our neighbor, and then explains in the parable of the Good Samaritan that your neighbor includes even those your culture considers inferiors or enemies. Or we can turn to 1 John, where we are told that anyone who does not love his neighbor whom he has seen cannot love God whom he has not seen.

To put it simply, whenever you place any characteristic ahead of the image of God in determining human worth—whether race or gender or education or ability or disability or wealth or fame or political or social affiliations or religion … anything–you are literally insulting God to His face. Pride that sets us over others also sets us in direct opposition to the God in whose image they were made.

Similarly, if you think you deserve God’s favor or can earn your way to it, you are saying you are not dependent on God’s grace, you can handle it yourself, and you are so good that He will of course accept and bless you. This amounts to saying that Jesus didn’t really need to die for you, that you could do what’s needed on your own, and thus that you are not radically dependent on Him for your spiritual state.

Is it any wonder that Scripture tells us that God opposes the proud but gives grace to the humble?

Pride is deadly, and it infects all of us. It is also notoriously difficult to deal with since like the ancient hydra of Greek myth, as soon as we think we’ve cut it from our lives, it instantly grows back, quite possibly in a more virulent form than before. We will examine ways to deal with it in the next article.