Restoring All Things - BreakPoint
Join us in helping to equip and renew the Church with a Christian worldview by giving before our fiscal-year ends!
Skip to content 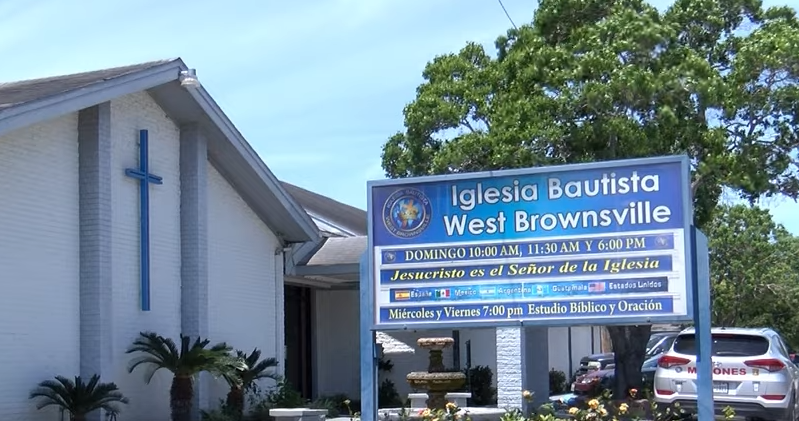 The Political Illusion, according to French philosopher Jacques Ellul, is the idea that all problems are political problems, so all solutions are rooted in politics. The crisis on the U.S. southern border undoubtedly has a political component, but a number of churches and Christian ministries are not waiting for political solutions to bring the restorative power of the Gospel to that situation. Take, for example, the nation’s largest evangelical denomination, the Southern Baptist Convention. According to Baptist Press, “Southern Baptist entities—including the Southern Baptists of Texas Convention and the North American Mission Board—are actively engaged in addressing the migrant influx.” Carlos Navarro is pastor of West Brownsville Baptist Church, in the Rio Grande Valley. He has been involved in ministry to migrants for 25 years, beginning when he started teaching Scripture in a weekly class at a Brownsville detention center. Today, as many as 1500 men and boys attend his weekly Bible classes at Casa Padre Detention Center. The classes are evangelistic in nature, and often conclude with an invitation to accept Christ. He says some weeks more than 200 people make first-time decisions to follow Jesus. His church also provides Bibles, water, food, and clothing to migrants on both sides of the border. Lately, his church’s involvement reached new levels. In April, West Brownsville Baptist started serving as an overflow center the city’s other emergency shelters reached capacity. The church uses Sunday school rooms and other spaces to shelter migrants. Navarro told Baptist Press, “Today [June 26] is the 59th day. We have served over 1,600 migrants in two months.” Depending on the day, the church shelters from 35 to 100 people – a total of 1500 people have passed through West Brownsville Baptist since April, with many of them accepting Christ during their stay at the church. It’s important to note that the migrants West Brownsville shelters are those who have been cleared by U.S. authorities. They are all here legally, at least for now. Also noteworthy: West Brownsville Baptist takes no government funds.  The church’s activities are financed by the congregation, by the Southern Baptists of Texas Convention, and by the Southern Baptist’s North American Mission Board. The Red Cross donated 1,000 toiletry kits, some blankets and 20 cots. But the need is ongoing, Navarro said. “We go through a bottle and a half of Lysol a day to keep things sanitary,” Navarro said. West Brownsville is not the only church in Texas getting in on the action, of course. One of the state’s largest churches, Prestonwood Baptist Church in Plano, has an active ministry to Latino migrants. The church’s pastor, Jack Graham, recently tweeted, “We @Prestonwood are currently working to provide solutions to care for children during this terrible immigration crisis. … We are broken-hearted and determined to act.” One of those reading the tweet was Ivanka Trump, daughter of the President. She sent the ministry $50,000. Graham told a local Dallas TV station he planned to take a tour of the southern border and that his church would be actively looking for ways to help. “In the midst of all this political division… God's people can show love and compassion and help, which is what we want to do,” Graham said.   Editor’s Note: These stories are just two of many examples of churches serving along the southern border of the United States during the current immigration crisis. A particularly compelling saga comes from WORLD’s Sophia Lee, who ventured into Tijuana, Mexico, to bring back a powerful story. Read her account of “A Good Samaritan in Scorpion’s Canyon” here. Warren Cole Smith is the Vice-President of Mission Advancement for the Colson Center for Christian Worldview.
This article is one in a series based on the ideas in the book Restoring All Things:  God’s Audacious Plan To Change The World Through Everyday People by Warren Cole Smith and John Stonestreet.  To see all the articles in this series, click here.  If you know of an individual or ministry that might make a good “Restoring All Things” profile, please email wsmith@colsoncenter.org
Image: YouTube